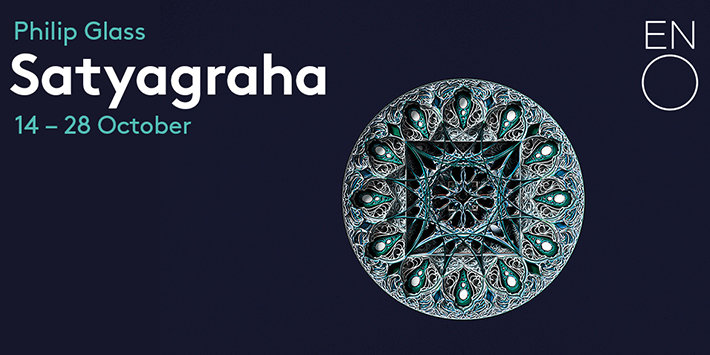 A spectacular tribute to Gandhi’s legacy

Political and social figure Mahatma Gandhi’s life and influence are explored in an incredible opera by Philip Glass.

Starting with Gandhi’s early years in South Africa, the opera assesses how one man’s beliefs in nonviolent protest led to positive social change. With his message triggering anti-colonial protests across India and further inspiring civil rights movements across the world, Satyagraha tickets offer a fascinating, creative insight into an iconic figure.

With a repetitive, minimalist musical structure from Philip Glass, this new staging of Satyagraha, a co-production between the English National Opera and Metropolitan Opera, is conducted by Carolyn Kuan and follows Phelim McDermott’s acclaimed 2007 direction.

Experience an immersive retrospective of one of the most famous figures in modern history; Satyagraha opens at the London Coliseum on 14 October 2021.

Sorry this show closed 28 October 2021, we recommend these similar productions.

Satyagraha seat view photos show what view you will get for your money. Unfortunately we do not have any seat views for this show.