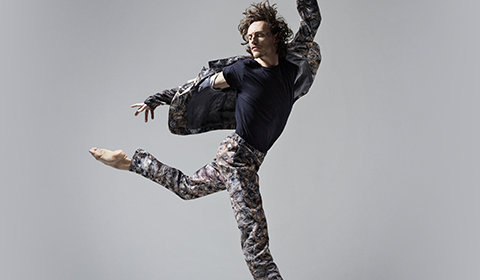 London Palladium
21 seat views
Ballet prodigy Sergei Polunin comes to the London Palladium with an astonishing showcase of dancing prowess. Dubbed the ‘James Dean of ballet’, the talented performer seems to be in his prime, enjoying success in the film world and in music videos. This record-breaking artist is a huge draw, and tickets to past shows have been known to sell out fast. Catch his soaring new mixed bill show in the West End from 28 May 2019.

Polunin hails from the Ukraine. The golden child of ballet, he became known as the youngest Principal Dancer to perform for the Royal Ballet in London, at the tender age of 19. His bad boy image is thanks to his dramatic exit from the ballet world after he got fed up with it, complaining that it had stolen his childhood and early teens. Ensuing drug and alcohol scandals ensued as his life took a drastic turn. Then, three years later, Polunin made a glorious return. He starred in Hozier’s “Take Me to Church” music video, shot by prestigious photographer David LaChapelle, which quickly went viral. Since then, Polunin has put out his Sergei x Rankin dance video and has appeared in the video for Hozier’s hit single “Movement”. He can be seen in films such as Murder on the Orient Express and Red Sparrow. Essentially, he’s the man of the moment.

This mixed programme features a cast of international dancers, including John Kobberg. From 28-30 May the programme will include three one-act ballets: Fraudulent Smile, Paradox, and Sacré. The first is choreographed by Ross Freddie Ray, with the latter pair choreographed by Yuka Oishi.

On 31 May and 1 June, the world premiere of Rasputin will be presented, alongside a final ballet which is yet to be announced. Rasputin is also choreographed by Yuka Oishi and will star Polunin in the title role.

Witness the acclaimed ballerino when the latest Sergei Polunin show leaps onto the London Palladium stage from 28 May to 1 June 2019.

Age recommendation: No under 5s. Recommended 5+

The show is recommended for those aged 5 and above. Under 5s will not be admitted.

Sorry this show closed 01 June 2019, we recommend these similar productions.

Sergei Polunin seat view photos show what view you will get for your money. Unfortunately we do not have any seat views for this show.