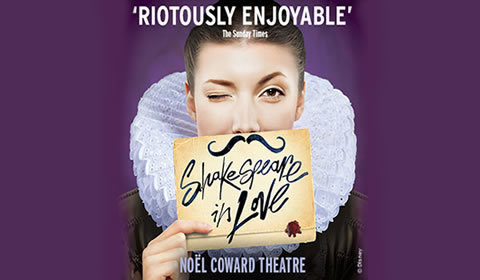 Set in the 1590’s, Shakespeare in Love tells the tale of Viola de Lesseps, the daughter of a wealthy merchant. Idolising William Shakespeare, Viola desperately wants to act in one of Shakespeare’s plays so disguises herself as a boy by the name of Thomas Kent in order to audition.

Becoming spooked at her audition, Viola runs home whilst still dressed as the boy. Shakespeare himself pursues the “boy” all the way to Viola’s house, where he meets her in her true form unaware that the boy he wants in his play was really Viola in disguise. On meeting Viola, Shakespeare becomes besotted with her and aims to win her affections.

As her identity is revealed, the pair begin a love affair, despite her betrothal to Lord Wessex and Shakespeare’s own status as a married man. As well as sneaking around, Viola continues to pretend to be male so she can perform in a new play her lover is writing - which turns out to be Romeo and Juliet. Can the pair keep their affair a secret? Will Thomas Kent’s identity be revealed and will Shakespeare ever finish that darned play?

Shakespeare in Love is directed by Declan Donnellan with original music by Paddy Cunneen and designs by Nick Ormerod. The show is produced by Sonia Freidman and Disney.

Special notice: Fans of William Shakespeare will either love or loath his portrayal in this show! Fans of classic romances such as Phantom of the Opera are likely to enjoy the show.

Sorry this show closed 18 April 2015, we recommend these similar productions.

SeatPlan Recommends: This show has an interestingly designed set that incorporates a balcony. To best see this, we would recommend sitting in the centre of the stalls, or anywhere before the overhang kicks in.