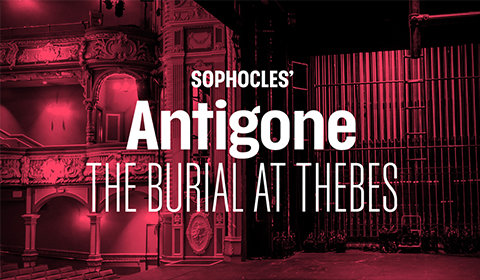 The last of Sophocles’ trilogy of Theban plays, Antigone begins when war is over, and Antigone herself learns that her brothers are dead, having killed each other in battle. When Creon, King of Thebes, grants the honour of a burial to one but not the other, Antigone and her sister must choose where their loyalties lie. In an epic tale of humanity versus leadership, Antigone centres on a young woman with the courage to defend her beliefs – no matter what the cost may be.

Having received the Nobel Prize for Literature in 1995, Seamus Heaney was – and remains – one of the 20th century’s most celebrated poets, and was also responsible for the widely publicised 1999 translation of Beowulf. The lyric’s production is to be directed by Roy Alexander Weise (The Mountaintop, Nine Night) and will feature a chorus of young performers from the Lyric Ensemble as part of its large-scale production.

A modern retelling of a classic tale, the Lyric Hammersmith’s production of Sophocles’ Antigone: The Burial at Thebes opens on 18 April 2020.

Special notice: Fans of classical Greek theatre will be thrilled to see a new interpretation this seminal piece coming to the West End, which could also act as a fantastic gateway to the genre for curious theatregoers.

Sophocles’ Antigone: The Burial at Thebes seat view photos show what view you will get for your money. Unfortunately we do not have any seat views for this show.