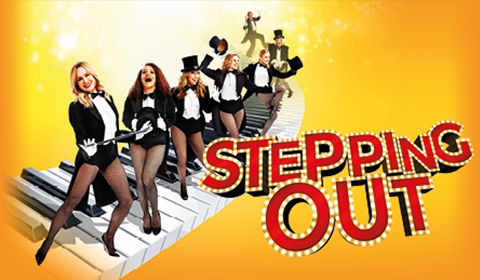 Vaudeville Theatre
63 seat views
Classic comedy Stepping Out has returned to the London stage in spring of 2017, in a new production directed by triple Olivier Award-winner Maria Friedman and featuring a star-studded cast, led by Amanda Holden.

This beautifully funny and delightfully heart-warming comedy is packed full of laughs and had toured the UK in preparation for its West End run at the Vaudeville Theatre.

Stepping Out follows the lives of seven women and one man who are trying to forget about their troubles in a weekly dance class. Despite all being amateurs and rather clumsy at first, they are all getting the hold of the very basics when they are invited to participate in a gala for charity.

Throughout the subsequent months we slowly discover more about the individuals in the group, their personal quirks and the stories they have to tell. Whether it’s the self-important Vera, fun-loving Sylvia, anxious Andy, loud-mouthed Maxine, enthusiastic Lynne, cheery Rosy or nervous Dorothy, they all spectacularly come together, with of course the dour Mrs Fraser at the piano, while they are all led by the always patient Mavis.

Amanda Holden stars in the lead role of Vera. Holden is one of Britain’s most loved stars of TV and Theatre, having been nominated for an Olivier Award for her leading role in Thoroughly Modern Milly as well as starring in a huge range of TV favourites including Wild at Heart, Kiss Me Kate and of course being a judge on Britain’s Got Talent.

She is joined by an all-star cast which includes Angela Griffin (Coronation Street, Waterloo Road & One Man, Two Governors) as Sylvia, Tracy-Ann Oberman (EastEnders, Edmond & Boeing-Boeing) as Maxine, Tamzin Outhwaite (EastEnders, How The Other Half Loves & Sweet Charity) as Mavis and Nicola Stephenson (Brookside, Holby City & War Horse) as Dorothy.

The production is directed by three-time Olivier Award-winner Maria Friedman, who made her acclaimed directorial debut in 2012 with her much loved revival of Merrily We Roll Along. Now she focuses her attention on Richard Harris’ classic play, which won the Evening Standard Comedy of the Year Award, when first produced in 1984, before being made into a film of the same name in 1991, featuring Julie Walters and Liza Minelli.

With its all-star cast and acclaimed director, Stepping Out is a beautiful heart-warming comedy not to be missed. The play began previews at the Vaudeville Theatre in London’s West End on 1st March 2017, having had an official opening on 14th March 2017 with performances scheduled to run until 18th June 2017. With a star cast and a heart warming story, this show is one of the hottest tickets in town.

Special notice: Stepping Out is a must-see for anyone who enjoys a heart-warming story while also having a good laugh on a night out to the theatre. Those who saw Maria Friedman’s Merrily We Roll Along will be able to expect similar wit and fun here. Coupled with a star-filled cast, what’s not to love? So make sure you get your ticket now.

Sorry this show closed 17 June 2017, we recommend these similar productions.

SeatPlan Recommends: As quite an intimate London theatre, the Vaudeville tends to give good views from the majority of the stalls, even in rows that are further towards the rear.

The Dress Circle also generally gives good views, but there are pillars in Rows F & K which can restrict some seats. As it does not have a safety rail, the front rows tend to have a clear sight line without having to lean. The Upper Circle is quite high, however good value for money seats can often be found in this section.

Stepping Out is one of my favourite shows, having tapped for pleasure all my adult life. All the cast... More

Stepping Out is one of my favourite shows, having tapped for pleasure all my adult life. All the cast were completely immersed in their characters and the dancing was fabulously in line with the theme of the show which explores the lives behind a motley group of adult tap dancers who tap once a week for fun. Felt the emotional highs and lows of the characters and left with a BIG smile on my face.

Funny, it was as good as the film, great job by a good cast of talented actors.

I thought that this show was absolutely amazing. I thoroughly enjoyed it throughout. The way the stage... More

I thought that this show was absolutely amazing. I thoroughly enjoyed it throughout. The way the stage is set up, with all minor details of a hall, enhances the performance and makes it all seem more realistic. I really enjoy the character developments and the stories that each individual characters move through. Although Amanda Holden wasn't in the play starring as Vera, her understudy Suzy Bloom was phenomenal and created several laughs in the audience. Tracy-Ann Oberman's character Maxine is hysterical and has some good one liners. As a whole, the show is absolutely amazing and very funny. I really enjoyed it and it's such a shame that it isn't on for a longer run.

I loved this show! I went in with little to no expectations and to be honest all I knew was that it was... More

I loved this show! I went in with little to no expectations and to be honest all I knew was that it was based around a group of people attending a tap class. I was so surprised with how much I enjoyed this show. The performances by all where incredible. I laughed so much and felt that the fast pace kept the story moving along well! I began to really connect with each character and loved the different elements each one brought whilst also being able to see myself in a few of them too. The play is not too long and I would definitely recommend this show if you want a fun and heartwarming night out!

It was OK, could have been a bit more to it. I was expecting a lot more dancing and a bit more STEPPING... More

It was OK, could have been a bit more to it. I was expecting a lot more dancing and a bit more STEPPING OUT!

The show was absolutely fantastic, I primarily came to see Natalie Casey because I absolutely love her... More 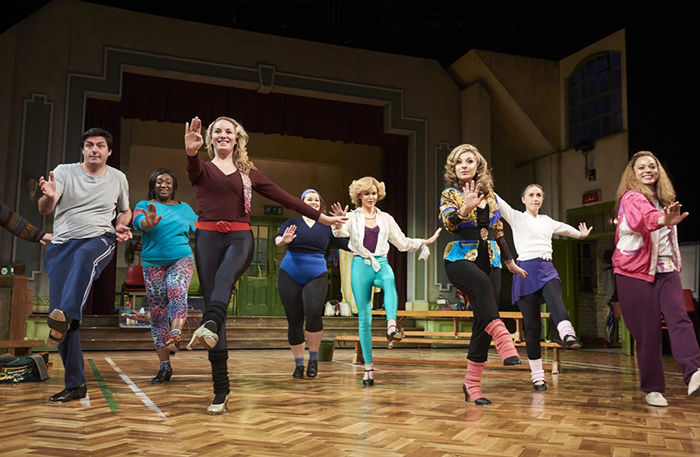 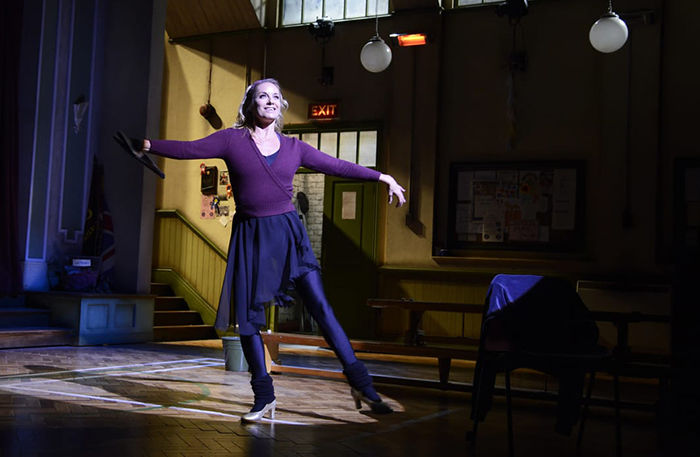 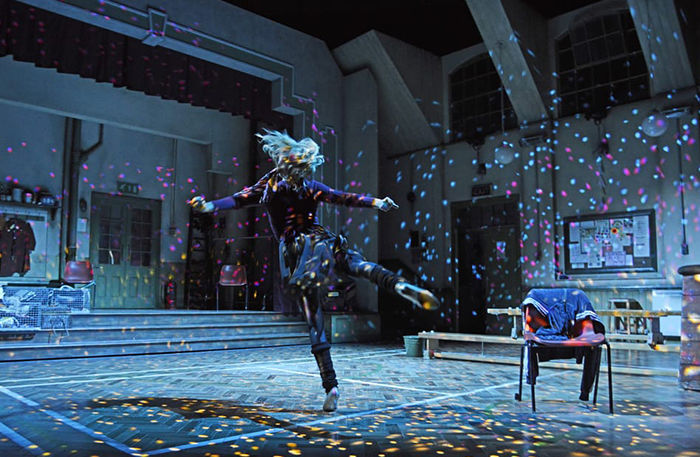 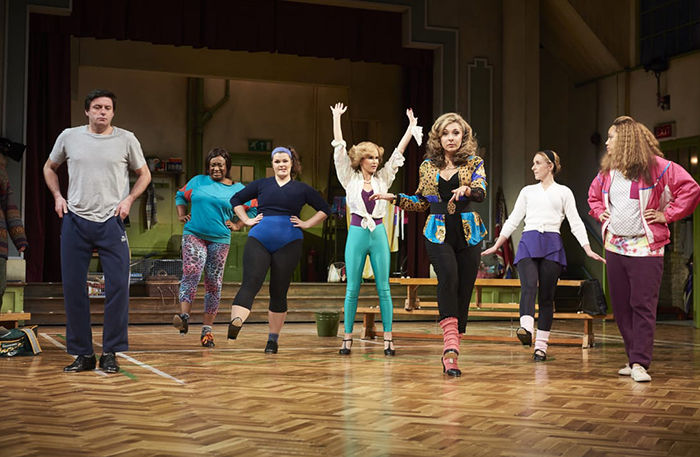 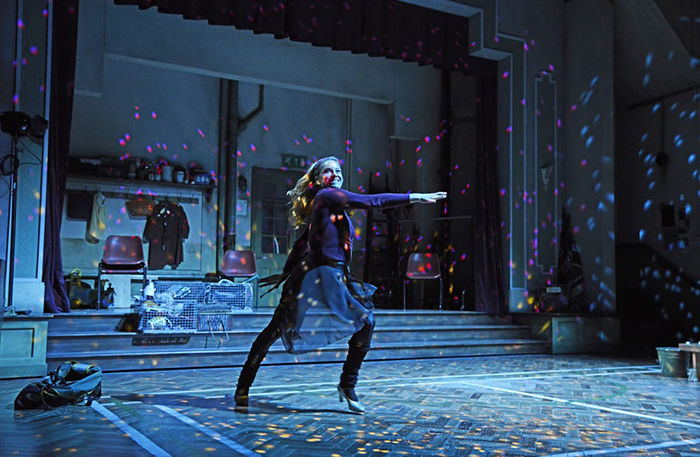 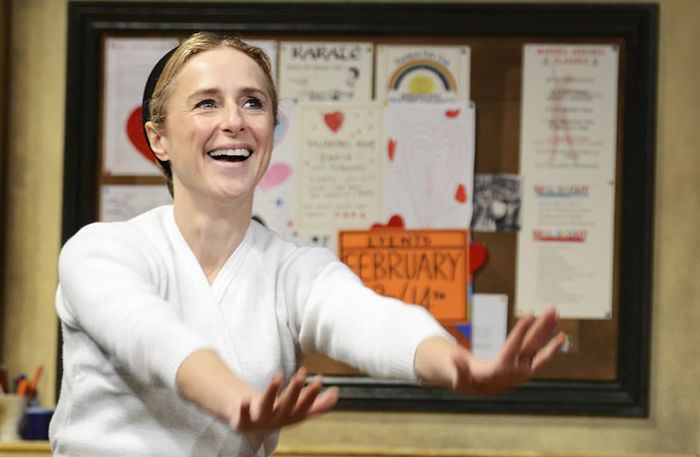 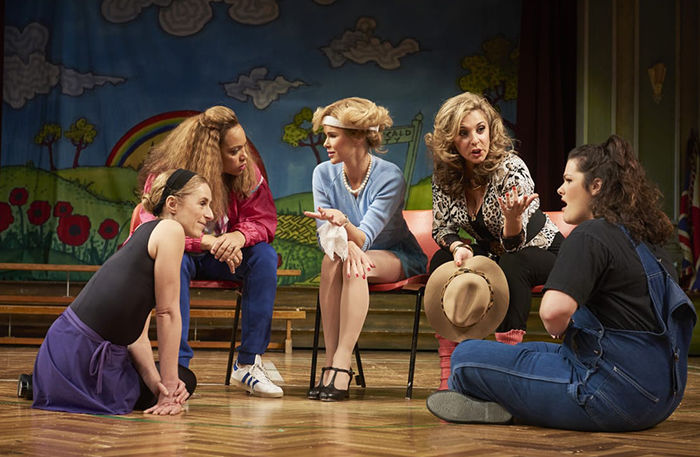