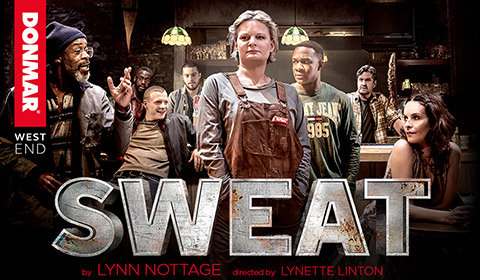 Gielgud Theatre
56 seat views
Playwright Lynn Nottage's searing drama Sweat floored critics and audiences at the Donmar Warehouse earlier this year. An examination of the collapse of industry and the unscalable pit of poverty, the play gives a glimpse into the reasons for Donald Trump’s unprecedented support from working class voters. The Donmar production, directed by Lynette Linton, now transfers to the Gielgud Theatre for a limited 50 performances from 7 June 2019.

Peopled by a group of friends and factory workers in America's poverty-stricken Reading, Pennsylvania, Sweat examines the struggles of the working class and the moral price of staying afloat in a world skewered against those most in need. Three best friends drink their troubles away in a bar after a gruelling day on their feet. But their place in the world is becoming ever more precarious, with an upcoming promotion sowing seeds of resentment between them, and their jobs threatened by new workers willing to work at the factory for a lower wage. All the while, the suited bosses with their clean hands and air-conditioned offices, are never to be seen. Race, identity and class intersect in this scorching eye-opener of a play.

Lynn Nottage is an American playwright whose work examines those on the fringe of society. Her previous plays include Intimate Apparel, Ruined and By the Way, Meet Vera Stark. In writing Sweat, she spent time with the people of Reading, one of the poorest cities in the U.S. The piece won her the 2017 Pulitzer Prize for Drama as well as the 2017 Obie Award for Playwrighting for its Public Theater run. In addition, it received several Tony and Drama Desk Award nominations.

Design is by Frankie Bradshaw, lighting by Oliver Fenwick, sound and composition by George Dennis, movement by Polly Bennett, fight direction by Kate Waters and video by Gino Ricardo Green.

Catch this important, galvanising gut-punch of a play from 7 June until 20th July 2019 at the Gielgud Theatre.

Special notice: Those who loved Nottage's previous works, like Intimate Apparel and Ruined, will find this perhaps the playwright's most powerful work yet. Martha Plimpton's highly acclaimed turn as Tracey also deserves to be seen again and again. If you caught the Donmar Warehouse run, you may like to see how the production transforms on the Gielgud stage, playing to a much larger house.

Sorry this show closed 20 July 2019, we recommend these similar productions.

Sweat seat view photos show what view you will get for your money. Unfortunately we do not have any seat views for this show.

Absolutely loved this play! I had been told a few times that it’s very slow but I thought it flowed so... More

Absolutely loved this play! I had been told a few times that it’s very slow but I thought it flowed so well and was really slick and punchy. Wonderful cast, great set, so well structured and some really hard hitting content.

Sweat was very interesting, there were a few points where I didn’t understand what was happening but... More

Sweat was very interesting, there were a few points where I didn’t understand what was happening but I managed to work through. I thought the set was very well done, but it didn’t work well with the storyline. All of the actors were amazing.

An interesting look at the personal and wider political changes taking place in early 21st century rust-belt America. Some good performances and a plot which is fast paced and doesn't sag. Not perfect, but still highly recommended.

Sweat is an earthy and absorbing show about believable working-class folk in a time of turmoil. It is... More

Sweat is an earthy and absorbing show about believable working-class folk in a time of turmoil. It is bittersweet but funny in tone, with an ending that packs an emotional gut-punch! It deserved to have a bigger audience than was there on the night I saw it.

I didn't know what to expect with this production but found it so powerful, engaging and superbly acted.... More

I didn't know what to expect with this production but found it so powerful, engaging and superbly acted. It's a really stunning piece of theatre and highly recommend checking it out. 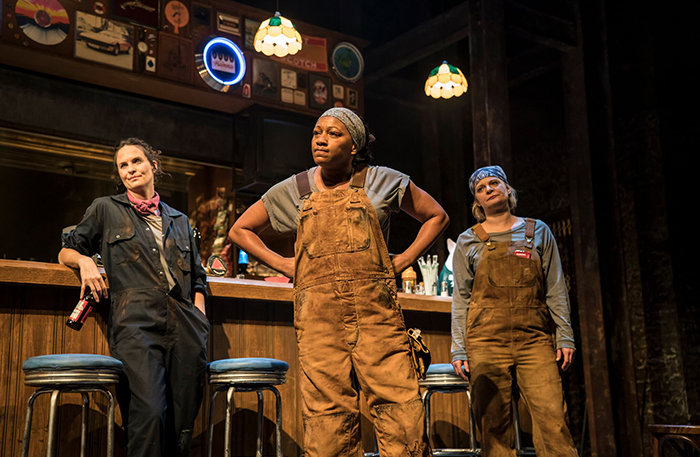 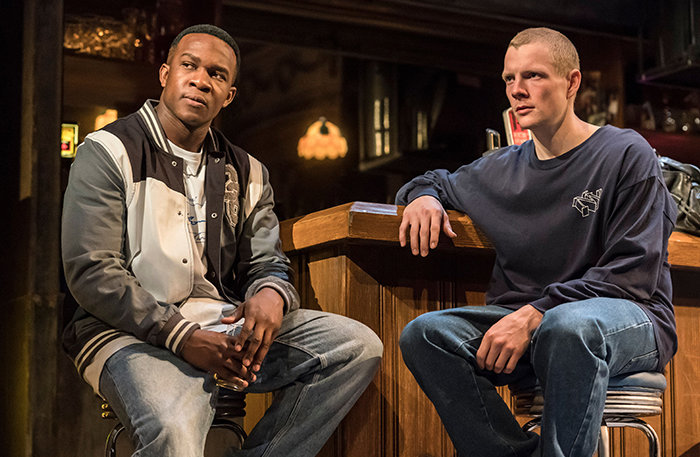 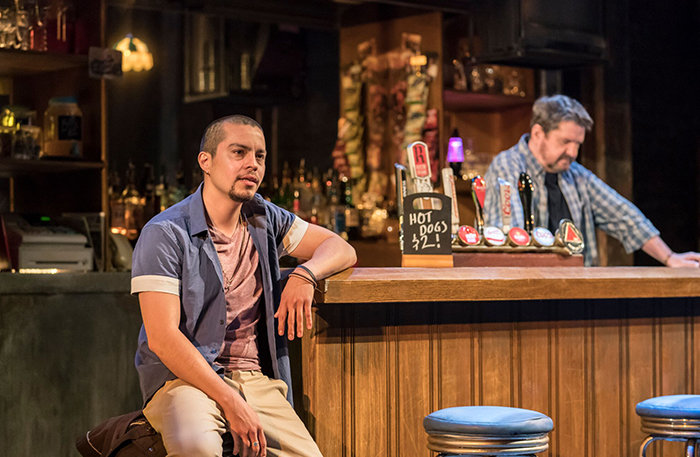 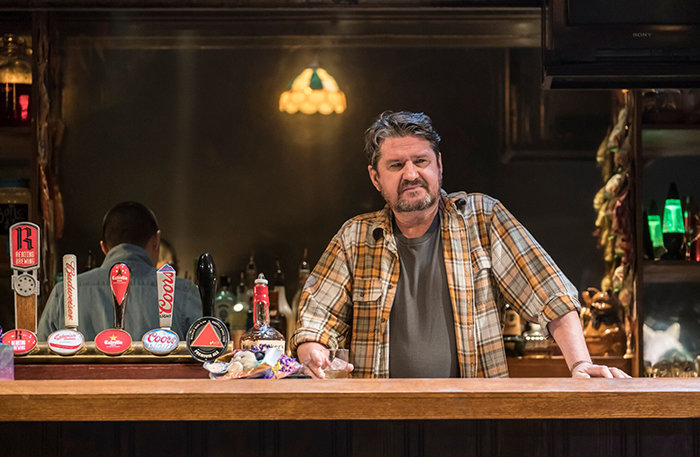 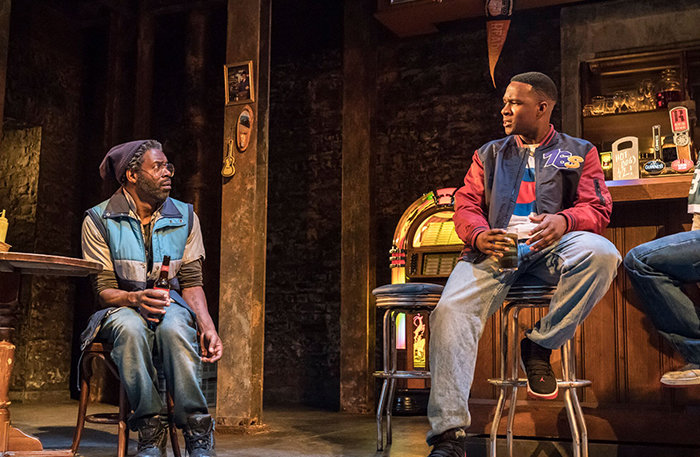 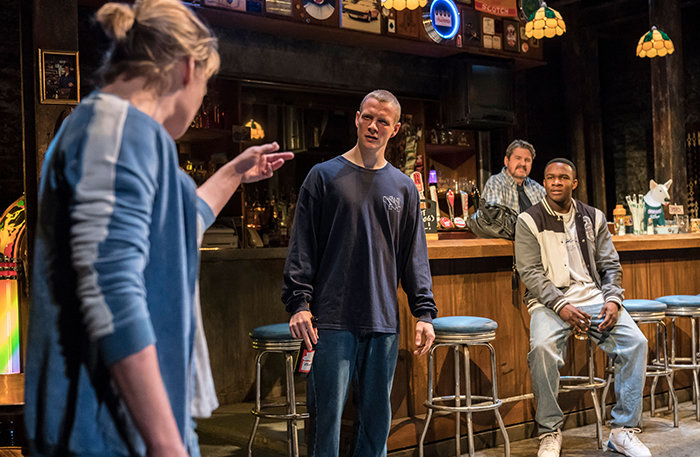