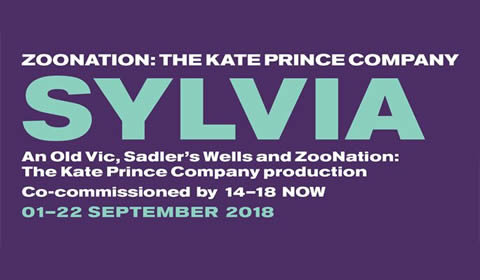 Old Vic Theatre
0 seat views
Acclaimed British choreographer Kate Prince teams up with author Priya Parmar to present the world premiere of their brand new musical Sylvia at the Old Vic Theatre. Playing a strictly limited season at the London venue, the musical is the latest in a series of new works to be presented at the theatre, including stage adaptations of Fanny & Alexander and A Monster Calls, and Joe Penhall’s new play Mood Music.

Sylvia is co-commissioned by 14-18 NOW, the UK’s arts programme for the First World War centenary, with additional support from the Arts Council England and the Heritage Lottery Fund, as well as from the Department for Culture Media and Sport.

Taking place almost 100 years after women fought and won their right to vote in Britain, Sylvia is the electrifying new musical that sheds light on one of the Suffragette movement’s leading campaigners. Documenting Sylvia Pankhurst’s pivotal role in the battle, the production explores how her passions and politics eventually tore her family apart.

Co-created by Kate Prince and Priya Parmar, the musical combines an important historical event with the vibrancy of dance, hip hop, funk and soul, to produce a modern piece suitable for every age. Prince is the artistic director of popular dance company ZooNation (Into the Hoods), with further credits including choreographing musical Shoes and the BBC’s So You Think You Can Dance.

Priya Parmar is an award-winning author, known for her novels including Vanessa and Her Sister and Exit the Actress. Sylvia also features original music by Josh Cohen and DJ Walde. The production features design by Ben Stones, lighting design by Natasha Chivers and sound design by Clement Rawling.

Age recommendation: Recommended 10+. No under 10's.

Special notice: Those who love new musicals such as Everybody’s Talking About Jamie will thoroughly enjoy the modern verve of this project. History fans will also be thrilled to see such an important woman’s story brought to the stage.

Sorry this show closed 22 September 2018, we recommend these similar productions.

SeatPlan Recommends: Sit in the centre of the Stalls at the Old Vic for the best overall views of the stage. Seating in the Dress Circle can also be good, with some bargains to be found at the ends of rows and the back of the seating.

The Lilian Baylis Circle is a good option for bargain hunters, although can feel distant from the stage. It is important to note that there are supportive pillars dotted throughout the seating, so double check before booking.