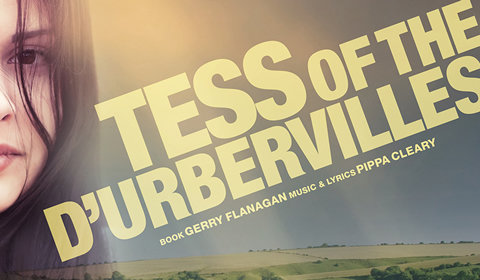 Tess of the d'Urbervilles tickets

The Other Palace
1 seat views
This Easter, Youth Music Theatre brings a thrilling new adaptation of Thomas Hardy’s 1891 novel Tess of the d’Urbervilles to Andrew Lloyd Webber’s The Other Palace. Starring the nation’s most talented young people, alongside a professional creative team, the production plays at a venue dedicated to giving new musicals a platform.

Physical theatre, new music, touches of comedy and sharp storytelling combine to bring Tess of the d’Urbervilles to the stage. Produced by the company behind musicals such as Loserville, YMT is known for presenting cutting-edge musical theatre that showcases the country’s next generation of talent.

A heart-stopping tale of seduction, betrayal and the terrible burden of secrets, the story follows free-spirited Tess, who knows nothing of life outside her village. Soon, she becomes tangled in a web between the frightening and manipulative Alec and the handsome Angel. Unable to alter the course of her own fate, the utmost tragedy occurs, as abandonment, dark love and murder all take place.

The tragic tale is re-imagined by adaptor Gerry Flanagan, the Artistic Director of Shifting Sands Theatre, who is known for developing performance that includes both comedy and emotionally rich stories. Composer Pippa Cleary (The Secret Diary of Adrian Mole Aged 13 3/4 at the Menier Chocolate Factory) pens the new music. The production also features choreography by Alicia Frost and musical direction by Cillian Donaghy.

An electrifying adaptation of a harrowing story, Tess of the d’Urbervilles plays a strictly limited number of performances at London’s The Other Palace. The production runs from 5 April to 14 April 2018.

Special notice: Family audiences who can handle the more mature themes in Hardy’s book will find this an exciting adaptation of the story. New musical theatre fans and advocates of young talent will also want to catch this show.

Tess of the d'Urbervilles seat view photos show what view you will get for your money. Unfortunately we do not have any seat views for this show.