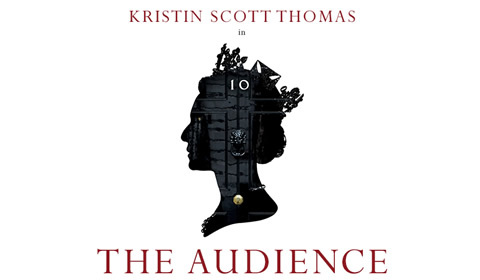 Apollo Theatre
11 seat views
After a sell-out run at the Gielgud Theatre in 2013, The Audience is back by popular demand, this time with a new leading lady.

As the original Queen, Dame Helen Mirren, prepares to head up the show on Broadway, another Oliver Award Winning Dame takes her place. Dame Kristin Scott Thomas takes the leading role of The Queen in The Audience, which runs simultaneously to its Broadway counterpart. Opening just two days before the UK General Election, The Audience is a striking piece of political drama that is being constantly updated to suit the times. This revival includes former Prime Minister, Tony Blair, who was omitted from the original production.

Kristin Scott Thomas embodies the Monarch over her incredible 60+ year reign in a series of imaged meetings between herself and the Prime Ministers serving under her. From Churchill to Thatcher and from Blair to Cameron, Peter Morgan’s play depicts the often somewhat tempestuous relationships between the head of the country and the person elected to lead it.

The Audience is not all stiff upper lips; quite the contrary as there are many hilarious moments in the text and, of course, real life corgis!

This is not the first time The Audience creator, Peter Morgan, has created work inspired by the Queen; his 2006 film The Queen starred Dame Helen Mirren and won an Academy Award and a BAFTA. The creative team remains the same for this revival production of The Audience, with the award winning Stephen Daldry as director.

Sorry this show closed 25 July 2015, we recommend these similar productions.

SeatPlan Recommends:The Audience is tipped to be a sell-out. The best seats in this theatre are the centre of the Stalls and the centre of the Dress Circle, however there are cheaper seats in the Upper Circle boxes which provide a reasonable view and have the novelty of semi-private seating.