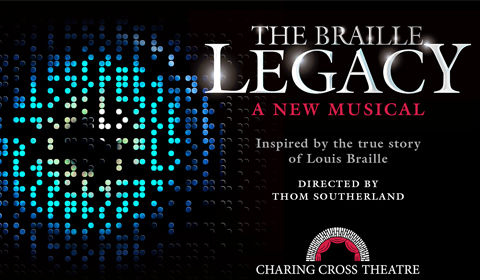 The show tells the true story of Louis Braille, following his inspirational and thrilling story from a young blind boy who dreamt of having the same opportunities as everyone else in life, before becoming an iconic figure who managed to revolutionize the lives of millions of blind people around the global.

As an intelligent young with an incredible dream, Louis Braille arrived in Paris, a city where the blind were victims of incredible discrimination. After joining the Royal Institute of Blind Youth hoping for the same chance in life as everyone else as well as his own independence, he soon finds that things are not always what they seem.

With bravery and determination, he soon stumbles on a revolutionary idea that will change the world forever and establish his legacy.

It was then, two hundred years ago that Louis Braille changed the lives of countless generations of blind people by creating the versatile system of the Braille communication system, helping to introduce literacy, culture and knowledge to those who were otherwise trapped.

The Braille Legacy stars the Olivier Award nominated Jerome Pradon, who is best known for his roles as Javert in Les Miserables, Aragorn in The Lord of the Rings and Chris in Miss Saigon.

The Braille Legacy was originally written by Sebastien Lancrenon with music by Jean-Baptiste Saudray, with an English language translation by Ranjit Bolt.

A truly incredible story in a beautiful and touching musical, The Braille Legacy ran at the Charing Cross theatre till 24th June 2017.

Special notice: Perfect for those who enjoy touching and heartfelt musicals that have more of an off-West End feel than most of London's offerings, The Braille Legacy is Thom Southerland's latest production as artistic director of the Charing Cross Theatre following the huge successes of Titanic and Ragtime.

SeatPlan Recommends: A very small theatre, the Charing Cross Theatre offers good view throughout the Stalls even towards the back of the section. The Balcony can also offer clear views, but due to its position can feel quite side-on.

I saw The Braille Legacy on the 3rd June 2017 at The Charing Cross Theatre. Having never been to this... More

I saw The Braille Legacy on the 3rd June 2017 at The Charing Cross Theatre. Having never been to this theatre I was really impressed. The seats were comfortable, view was great and the overhead noise of the trains was actually less noticeable than the Phoenix Theatre. The show itself was just superb! I loved the storytelling of it. So much had been thought through to ensure that you were taken on a journey with Louis. The set was really interesting and well used throughout. The stage itself is very small so to have a revolving building which therefore served as different locations throughout worked really well. The lighting was also put to good use and added to the drama and period feel of the show. Costumes were correct for the time period and I liked that the blind wore white whilst everyone else wore just black, even the medals on the Captain’s uniform were black. The little details really paid off on this small stage. I was completely blown away by Jack Wolfe, Louis Braille, who is yet to even graduate. His acting was totally believable from the small movements of his hands to the pain shown on his face. His voice was lovely and felt much more mature than his age. I think he is definitely a star of tomorrow. I also really enjoyed the other cast notably Lottie Henshall, Sarah Marie Maxwell, Jerome Pradon and Ashley Stillburn. All of the actors on stage, including the children, were really professional and committed completely to the role. The score was super and I loved the harmonies. The children’s voices really blended in with the adults and considering the size of the theatre the sound travelled really well and was amplified correctly. The songs themselves were really interesting and has some lovely melodies. I also liked that a lot of the melodies/lyrics were repeated and reprised throughout. It was a shame that the theatre was half empty because I felt that this small scale show was actually more worthwhile than some of the larger shows currently on stage. It was so professional and well put together plus it is actually educational. I certainly went away knowing more about Louis Braille than I did before and had also been completely entertained for 2 hours. I 100% recommend anyone to see this show. It is certainly something different and you may not expect much but actually I think that helps, sometimes all the hype of a show leads to disappointment. This one does not.

The Braille Legacy was an ‘ok’ musical. The songs were a bit forgetful however they were sung beautifully... More

The Braille Legacy was an ‘ok’ musical. The songs were a bit forgetful however they were sung beautifully and with lots of passion. I guess it’s a bit of a strange and indeed hard subject matter to make a musical out of it, but the writers and creators did a good job. Special praise should go to Jerome Pradon who played Louis Braille. He was excellent in the role and I believe is somebody to watch in the West End in the future. My only issue was he maybe seemed a bit old to play the character of Louis but he still did a great job. I’m glad I caught this as it was definitely on my ‘to see’ list but it’s certainly no ‘Les Miserables’ in my opinion!

The story of the struggles of the early life of Louis Braille and how he improved peoples lives. The... More

The story of the struggles of the early life of Louis Braille and how he improved peoples lives. The music was dramatic and the acting was excellent especially Jack Wolfe and Jason Broderick. The second act was very short and I felt they could expanded on the story.

I'll start with the good - Jack Wolfe is superb, with incredibly precise and crisp vocals, and marvellous... More

I'll start with the good - Jack Wolfe is superb, with incredibly precise and crisp vocals, and marvellous vocal control. His acting is engaging, though the material doesn't give him much to do in terms of range. The musical is highly informative and I enjoyed the educational side of it. Unfortunately, that's where the good stuff ends. The script leaves you feeling cold, with the story being presented as a mere recount of events. There are no emotionally engaging arcs or moments, aside from the quiet moments where Louis Braille sings about his dreams and aspirations. All the characters are flat, aside from Gabriel Gauthier, who disappears from the musical before any emotional payoff is possible, which seems like an entirely missed opportunity. The music isn't particularly memorable; and the emotional tone of the musical seems to fluctuate, as if undecided about what it should be. The set piece barely adds any value to the production, and in fact hinders it a great deal. It dominates the space on the stage, swallowing the actors on stage, and effectively giving the actors a 2 by 5 metre space to move. As such, big numbers lack any spectacle, and even emotionally intense moments have their power stripped away. For some reason, actors only ever stand in 1 exact spot for the entirety of their song, or continually walk in a circular fashion - both of which seem like odd directorial choices. The light design does the production no favours either. The costumes seem like a missed opportunity to brighten things up and add some production value, but I can appreciate the concept behind them. The material needs a good amount of reworking, and might probably work better as a play rather than a musical - considering the tone they attempt, but fail, to hit.

Great little musical, excellent cast. Stage set is small and is continually moving which does get a... More

Great little musical, excellent cast. Stage set is small and is continually moving which does get a little on my nerves.

Excellent performances and well worth seeing. So sad that the theatre was half empty 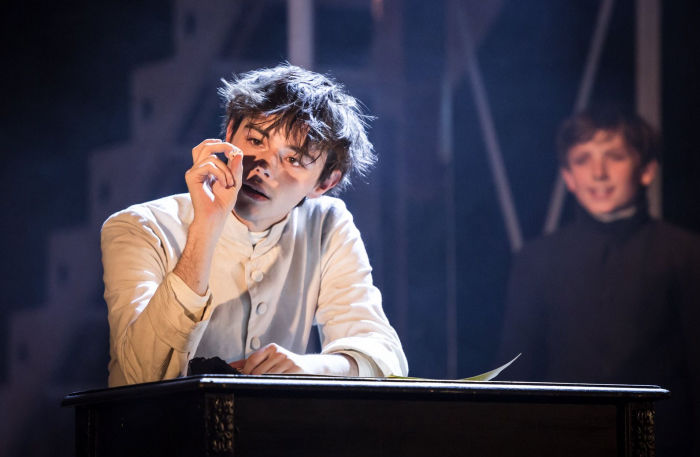 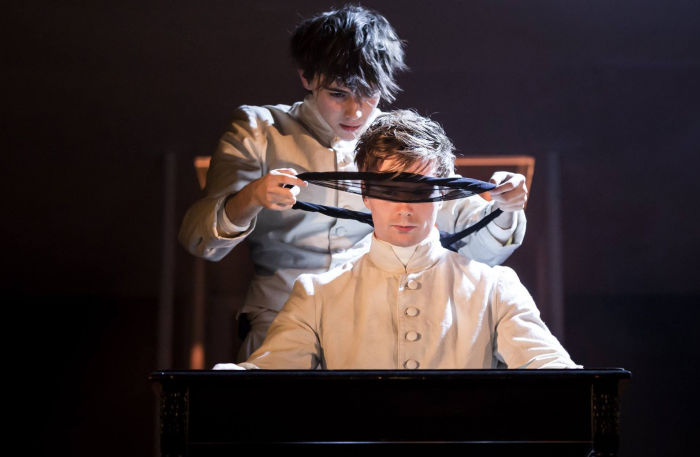 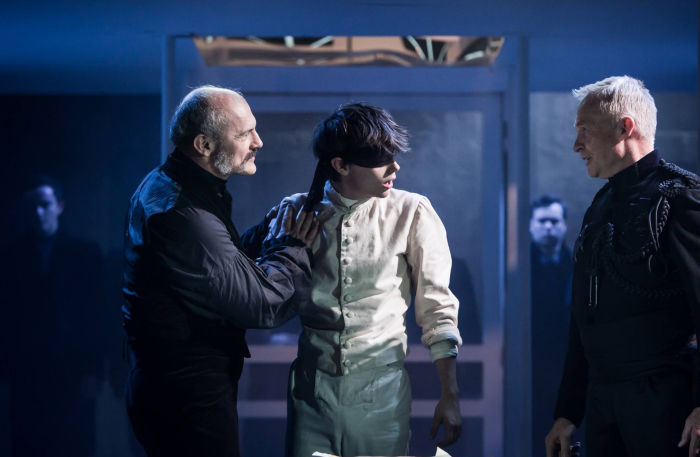 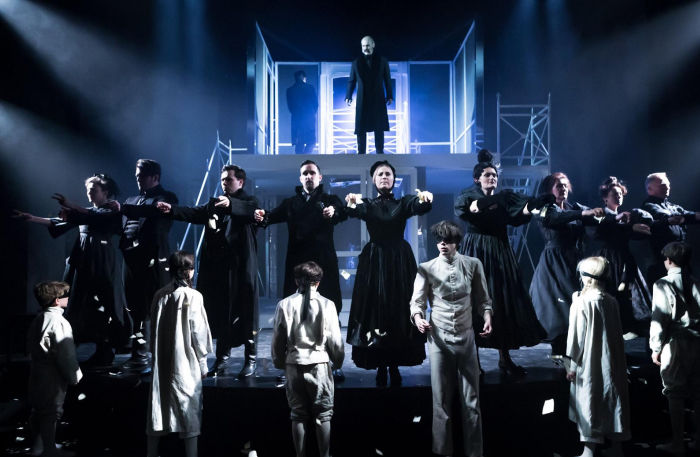 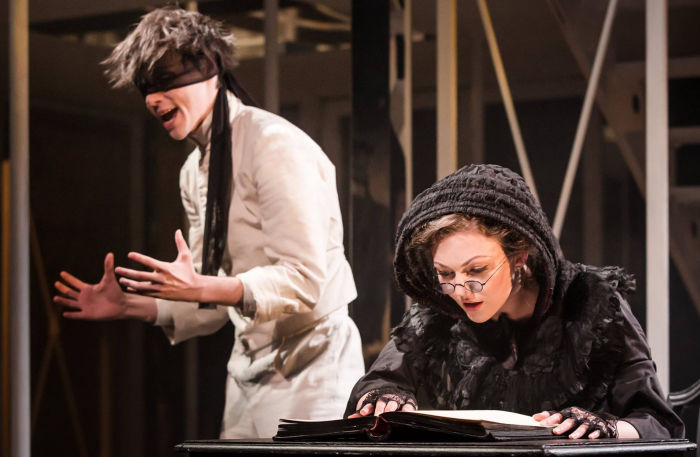 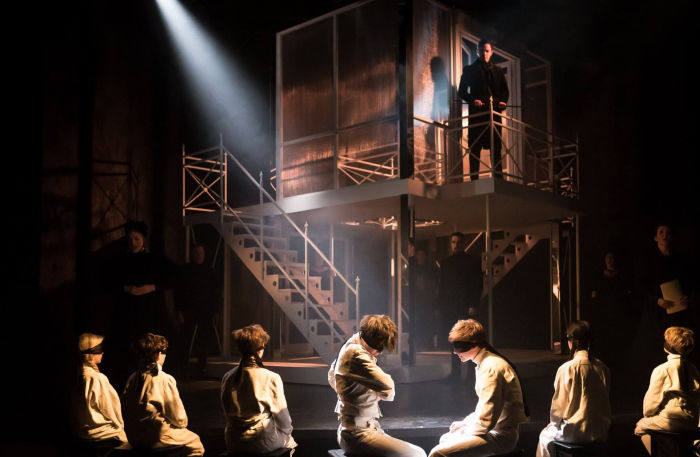 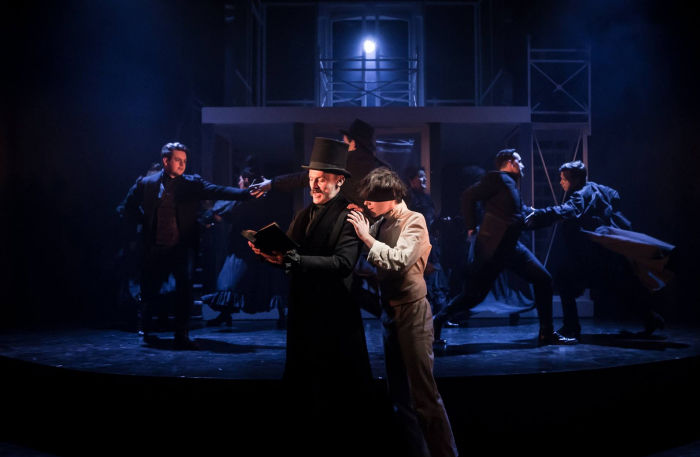