Phoenix Theatre
60 seat views
William Friedkin’s horrifying cinematic masterpiece The Exorcist comes to life on the West End stage this October, with tickets available now. Based on William Peter Blatty’s best-selling novel, the story that terrified an entire generation has been adapted for the stage by celebrated playwright John Pielmeier and is directed by the award-winning Sean Mathias.

Based on true events, the bone-chilling tale follows a young girl named Regan, who begins developing the strange psychological symptoms of an uncategorisable condition. Dumbfounding the doctors, Regan’s disposition continues to turn more nightmarish by the day. Fearing the unthinkable, her terrified mother summons Father Damien, a faith-shaken priest, who finds himself thrust into an encounter with an unimaginable evil in the battle for the young girl’s soul.

More than 40 years after William Friedkin’s genre-defining masterpiece was unleashed onto an unsuspecting cinema audience, The Exorcist is still consistently regarded as one of the scariest films ever made. Released in 1973, the motion picture triggered a worldwide controversy through its spine-chilling visuals and darkly absorbing narrative, causing audiences to scream and in some cases faint in cinemas across the globe.

The film’s commanding legacy includes 10 Academy Awards nominations, 7 Golden Globe nominations and remains one of the top ten highest grossing films of all time. This terrifying titan of the genre is a powerful landmark in the history of horror and continues to inspire new generations of writers and filmmakers to this day.

Director Sean Mathias has worked extensively in the West End and on Broadway, with notable productions including his revival of Waiting for Godot which premiered at the Theatre Royal Haymarket in 2009 going on to tour in the UK and internationally.

In 2013 The Exorcist played on Broadway alongside the Mathias’ production of Pinter’s No Man’s Land. No Man’s Land starring Ian McKellen and Patrick Stewart transferred to Wyndham’s Theatre in October 2016, winning Best Revival at the Evening Standard Theatre Awards that year.

Mathias is joined by an incredible creative team including Olivier Award-winning designer Anna Fleischle (Hangmen), with lighting by Tim Mitchell who worked on the RSC’s Richard II starring David Tennant. The production’s composition and sound is designed by Adam Cork (London Road), with illusion and effects design by Ben Hart (Impossible).

After premiering at Birmingham Rep, the majority of the original cast transfers, including Jenny Seagrove (How the Other Half Loves, Fallen Angels) as Chris MacNeil, Adam Garcia (Wicked) as Father Damien and Peter Bowles as Father Lankester Merrin, alongside Clare Louise Connolly as Regan, Todd Boyce as Doctor Strong, Mitchell Mullen as Doctor Klein, Elliot Harper as Father Joe and Tristan Wymark as Burke, as well as the voice of The Demon by Ian McKellen.

This devilishly dark production plays a limited run at the Phoenix Theatre, with tickets available from the 20th October 2017 to 10th March 2018.

Special notice: Horror enthusiasts should not miss the opportunity to get tickets to this seminal story brought back to life on-stage, whilst fans of Blatty’s iconic novel will adore this faithfully terrifying adaption.

SeatPlan Recommends: Those who wish to fully immerse themselves in this chilling tale will find the best tickets in the front centre section of the Stalls.

I loved this show. It was interesting to see how they brought the horror and drama of The Exorcis... More

I loved this show. It was interesting to see how they brought the horror and drama of The Exorcist onto the stage. The acting I thought was brilliant and the actors encompassed their characters well. I thought the role of Reagan was played very well. Considering this actress was older and not a child, I would never have guessed until I looked at the program. I liked the way the set was staged. It was easy to distinguish where the characters were. The only negative I would say was the action on the top which was difficult for me to see. The special effects I thought were amazing. I thought they were going to look terrible considering what happens in The Exorcist but I thought they handled these things very well. I was amazed how they did the head turning. Overall, I would recommend this show.

Clare Louise Connelly was phenomenal in The Exorcist playing the possessed 12 year old girl Regan. As an adult (age unknown, I would guess in her mid-late 20’s) she was an exceptional actress who easily can play young girls like she did. Her change into being possessed was excellent, the body movements, miming along to Ian McKellen who plays the Devil and the effects and illusions such as the head spin was extremely well portrayed. Overall there are not enough words to describe how wonderful the play and performers were. Truly splendid.

So I was keen to see my tap hero Adam Garcia perform as the priest in this play but on this occas... More

So I was keen to see my tap hero Adam Garcia perform as the priest in this play but on this occasion the understudy sprang into action and did a fab job. Great acting all round in fact and a real treat to see two of my favourite actors from the 80s, Jenny Seagrove and Peter Bowles, strutting their stuff. The show was cleverly adapted for the stage from the horror movie and I am still impressed at the 360 degree head turn sequence. Bravo to the special effects team there! Excellent set with clever changes. Very much enjoyed this show which had some great in your face, jump out of the seat frightening moments, de rigueur for a good horror yarn! Five stars all round!

The show is amazing, even though I am not English I could understand almost all! I give 4 stars c... More

The show is amazing, even though I am not English I could understand almost all! I give 4 stars cause I think it could have been adapted a bit more, as it was just a bit different than the film, but I don’t want to spoil too much!

This production of the 1973 Oscar-nominated horror phenomenon was very entertaining! Sometimes le... More

This production of the 1973 Oscar-nominated horror phenomenon was very entertaining! Sometimes legitimately, sometimes because of how silly and ridiculous it became. But it’s horror; it’s supposed to be camp! The lighting, sound and production design were very well established, and collectively they created the ideal level of suspense. Whilst some of the adult actors’ accents wandered in and out of middle America, the acting displayed by young Regan was particularly admirable, which was only ameliorated by Sir Ian McKellen’s gruff and satanic vocals. Although some of the iconic effects were less West End theatre and more regional pantomime (e.g. the vomiting and the final death), others were staged and produced to perfection (e.g. the head rotation and the window smash). Whether we were guffawing or quaking in our pleather boots, we were constantly thrilled. A great show overall! 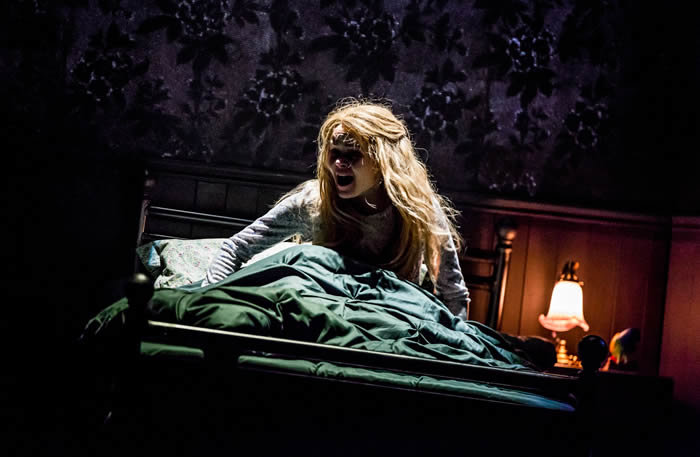 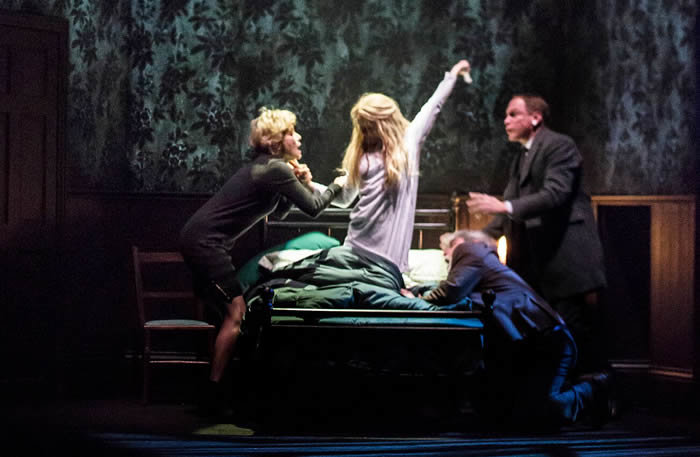 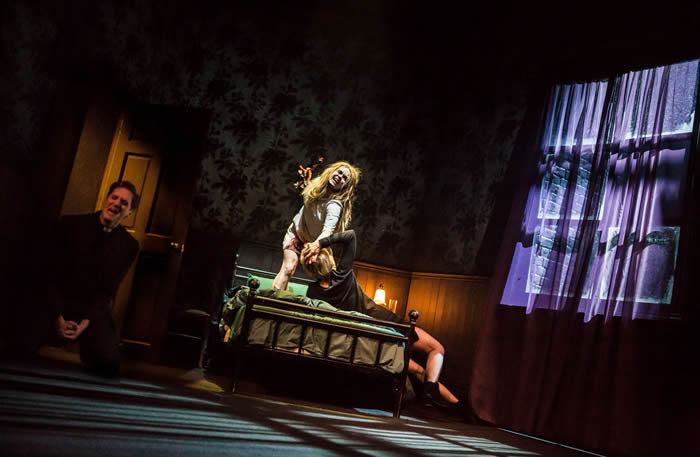 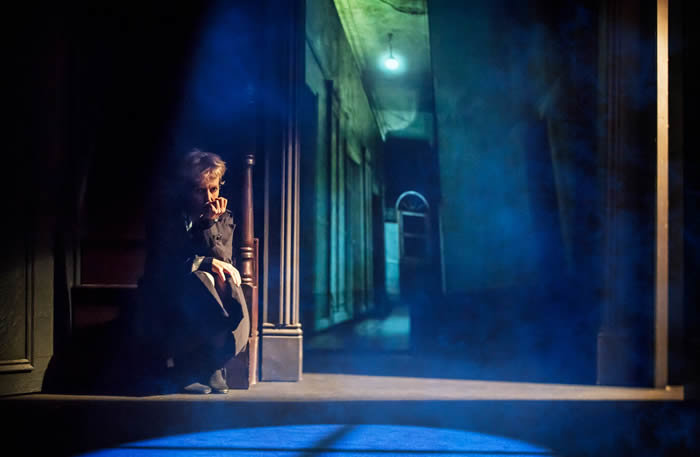 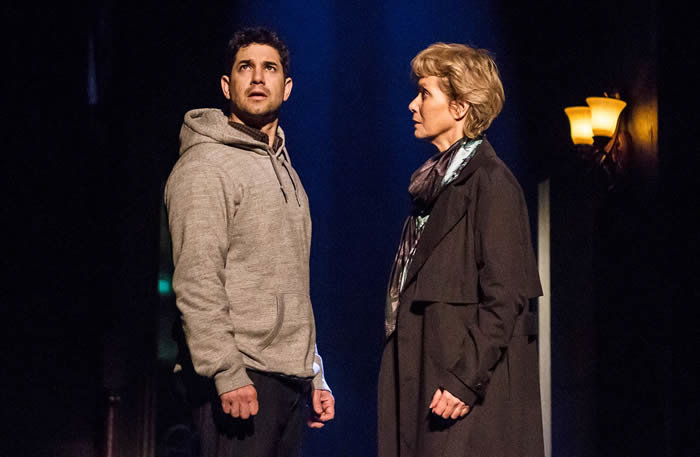 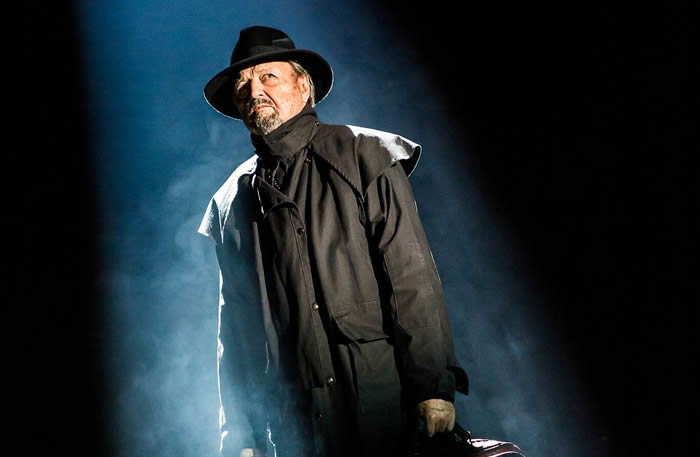 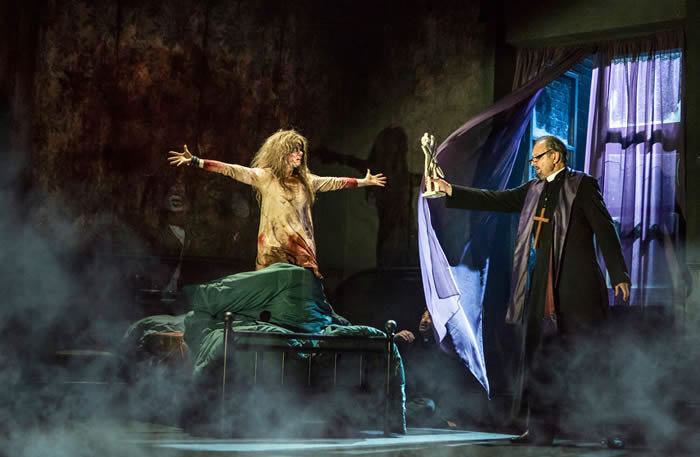 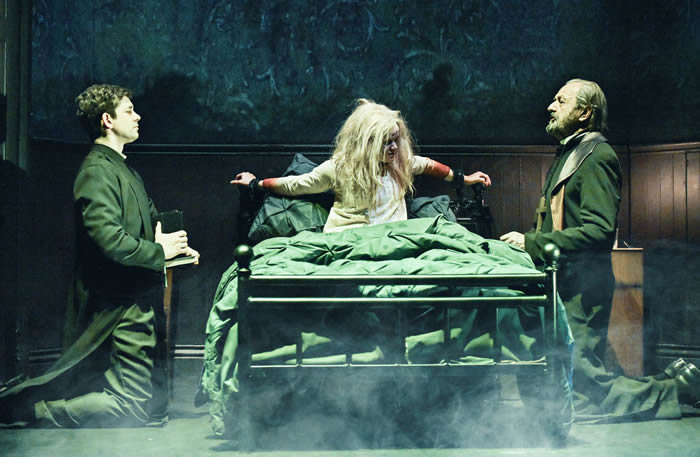