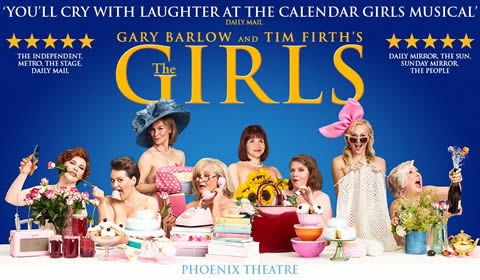 Phoenix Theatre
311 seat views
The Girls is the brand new musical based on the hit movie and play Calendar Girls and is set to open at the Phoenix Theatre in London’s West End in February 2017, with tickets going on sale on 16th September 2016.

National treasure, knight of the realm and one of the busiest men in music, Gary Barlow’s newest creation is The Girls written with Tim Firth, the screenwriter of the original film.

This heart-warming new musical tells the true story of a group of Yorkshire women who create a rather racy nude calendar to fundraise for Leukemia Research, all under the banner of the Women’s Institute.

The original film was directed by Nigel Cole and released in 2003, starring Helen Mirren and Julie Walters, soon becoming a national film favourite, and making the tale of the daring Yorkshire ladies known throughout the country.

A stage play of the film, adapted by Tim Firth and directed by Hamish McColl came to the West End in 2009 at the Noel Coward Theatre, where it achieved great acclaim before going on a nationwide tour.

This new musical version sees Tim Firth team up with Gary Barlow, to create a show that has already received rave reviews when a read through to raise money for a blood cancer charity, close to the original Yorkshire location of the real life Calendar Girls. The production then amazed crowds in Leeds and Salford, before it opens for its full West End run.

Gary Barlow is one of the country’s most popular musicians, having fronted the pop band Take That for countless years, being an X-Factor judge on Saturday night TV and creating the hugely successful Broadway musical Finding Neverland which opened in March 2015 and ran for 17 months. Most recently Barlow has been heard on the soundtrack to the Eddie the Eagle film, before returning to his newest project.

Tim Firth is a much loved British TV, film and stage writer, having created much loved classics such as the original Kinky Boots and Calendar Girls films, as well as plays Our House and The Flint Street Nativity.

The Girls stars Michele Dotrice (Some Mother’s Do Ave Em) as Jessie, Debbie Chazen (Psychoville, Topsy Turvy) as Ruth, Claire Moore (The Phantom Of The Opera, Miss Saigon) as Chris, Sophie-Louise Dann (Made In Dagenham, Bend It Like Beckham) as Celia, Claire Machin (Titanic, Mary Poppins) as Cora and Joanna Riding (My Fair Lady, Carousel) as Annie. The show will also feature an all-star creative team including direction by Tim Firth, musical staging by Lizzi Gee, comedy staging by Jos Houben and design by Robert Jones.

The Girls is set to open at the Phoenix Theatre in on 21st February 2017, with previews running from 28th January 2017 and tickets going on sale on 16th September 2016.

Special notice: The Girls is perfect for anyone that loves a heart-warming true story. With original writer Tim Firth and much-loved musician Gary Barlow combining forces, you can certainly expect a brilliant and moving performance that will both make you laugh and cry. 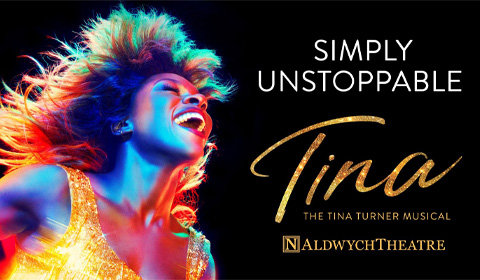 SeatPlan Recommends: The stalls at the Phoenix Theatre have a good rake, allowing for good views, with even the front rows avoiding too much neck craning. The best seats are in the central section, although most areas of the Stalls will provide good views.

The Dress Circle generally offers good views of the stage, especially from the centre, but Rows A and B can be obstructed slightly by a safety rail, while the Upper Circle does slightly overhand the rear couple of rows. The Upper Circle itself is similar to the Dress Circle in layout, however the ends of the rows can give quite a side on view.

Sad, funny and great music, what more could you want? I hope it comes back to London because I would... More

Sad, funny and great music, what more could you want? I hope it comes back to London because I would go and see it again.

The show was incredible. The cast were amazing, certain members of the cast were really really funny.... More

The show was incredible. The cast were amazing, certain members of the cast were really really funny. I never laugh so much during this show. The sets were amazing, they way that they created the sets like hills or a fete it was good.

AMAZING show as always, the original cast, the six girls, blew me away again and made me laugh and cry!... More

AMAZING show as always, the original cast, the six girls, blew me away again and made me laugh and cry! The only criticism would be that without James Gaddas playing John Clarke, the progression of his cancer was not as poignant and the understudy did not seem to decline in the same way Gaddas's John Clarke did.

3rd time seeing show. These tickets were free thanks to the amazing producer I know who is working on... More

3rd time seeing show. These tickets were free thanks to the amazing producer I know who is working on the show. Amazing show - try and catch it on tour. Very very funny and put on stage marvellously. Had a great connection with the entire show so shame it's now left the West End.

Such an amazing show, loved it! 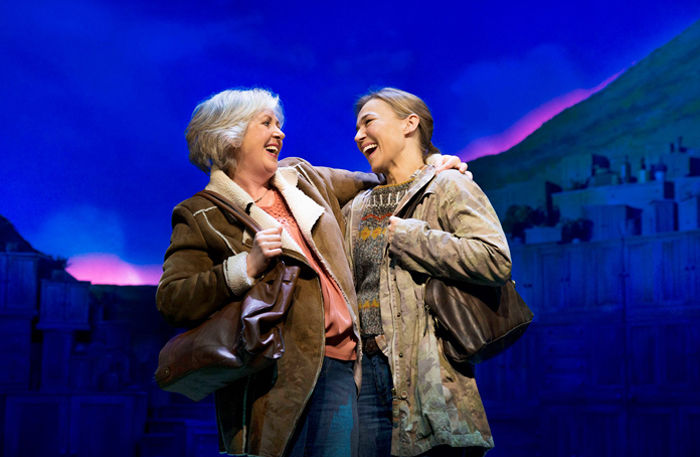 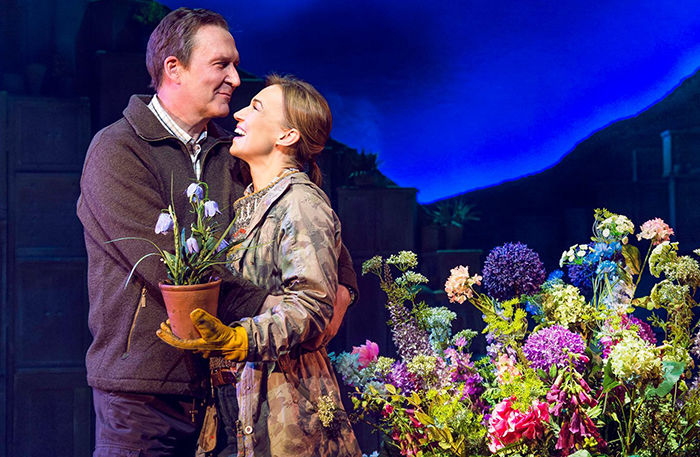 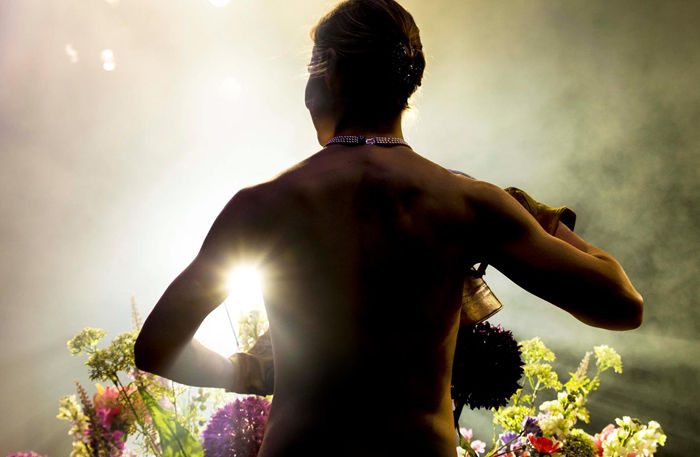 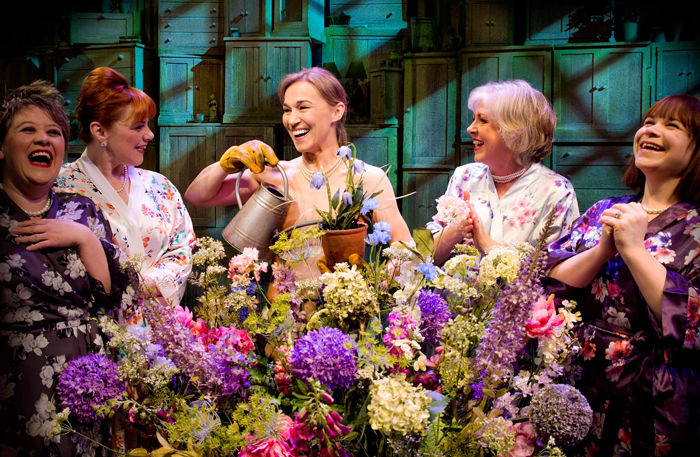 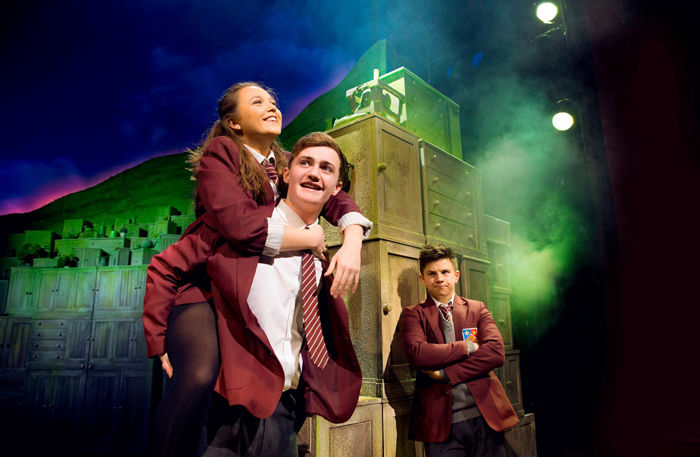