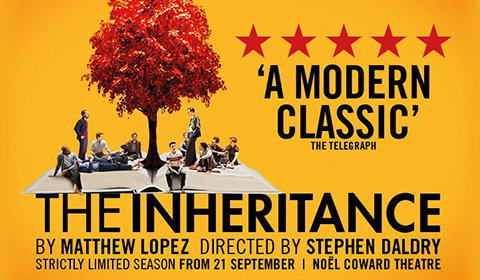 Matthew Lopez’s compelling new two-part play The Inheritance transfers to the West End’s Noel Coward Theatre, following a premiere at the Young Vic that garnered acclaim from audiences and critics alike. With the production split over two performances, the play can be seen in one day or across two evenings.

Taking place in New York, The Inheritance follows the generation after the AIDS crisis, examining what life is like for gay men in the 21st century. Presenting the stories of a group of young, ambitious men, the play has been compared to Tony Kushner’s epic Angels in America and EM Forster’s novel Howards End.

Focusing on the character of Eric, a young man engaged to Toby, the story follows their turbulent, yet often hilarious experiences. As always, relationships are never easy. Love and legacy are both prominent themes in Matthew Lopez’s important story.

Multi-award-winning Stephen Daldry directs, with credits included Artistic Directorship at the Royal Court and Gate Theatre, as well as productions of An Inspector Calls, The Audience and Billy Elliot. The production features set and costume design by Bob Crowley, lighting by Jon Clark and sound by Paul Arditti and Chris Reid, with music by Paul Englishby.

With the praise for the original run and its appeal to younger audiences, The Inheritance is the thrilling, funny and electrifying new play from the Young Vic. Playing a strictly limited season at London’s Noel Coward Theatre, The Inheritance Part 1 plays from 21 September 2018 to 5 January 2019, with a press night on 13 October 2018.

Age recommendation: Recommended 14+. No under 10's.

Special notice: Audiences looking for plays about queer culture, current new writing and epic theatrical events will want to make sure they catch both parts of The Inheritance.

The Inheritance Part 1 seat view photos show what view you will get for your money. Unfortunately we do not have any seat views for this show.

The Inheritance is the single most incredible play I've ever seen in years of going to the theatr... More

The Inheritance is the single most incredible play I've ever seen in years of going to the theatre in London. The writing of the play is so profoundly connective, loosely inspired by a century old E.M Forster novel and adapting it to a community of modern gay men, living in New York a generation after the AIDS crisis. The set is a bare stage, a table at which our community of characters sits in order to relate their story, bringing it to life as a cast of frustrated storytellers. This simplicity allows the characters' emotions and interactions to be focused upon more clearly, with little flashing lighting or colourful scenery to distract from the play's gripping intensity and peaks of passion. The cast are a phenomenally strong group of actors, led confidently by Kyle Soller who is profoundly likeable in the lead role of Eric Glass, his character being the vessel through which the writer speaks and the play's humanity is communicated to a modern generation. While Eric represents today's community, the gay men of the past, from whom an 'inheritance' is to be gained are represented by the character of Morgan, played dazzlingly by Paul Hilton, whose soul-wrenching monologue at the end of the first act sucks all of the air out of the theatre as it transports the audience viscerally to the height of the AIDS crisis. Also of note are the commanding and authoritative John Benjamin Hickey, the scene-stealingly camp Michael Walters and Andrew Burnap who, as the play's other leading character, Toby Darling, is a hilarious and engaging actor with a darkness glimmering underneath a comic and charming facade. The first part of this epic ends with a scene so incredibly immersive and transporting it hardly seems possible to achieve with stagecraft alone - a true coup de theatre that guarantees an auditorium full of tears and, from my seat, a heartbroken gasp of understanding. A play that should be obligatory viewing not only for the young gay men of today, but for anyone who wishes to connect with the humanity, profundity and power of theatre at its absolute best.

This is one amazing show. The performances from each and every actor are outstanding and the prod... More

This is one amazing show. The performances from each and every actor are outstanding and the production team have really done an exceptional job. Much funnier than I every anticipated and I couldn’t recommend going to see it enough

Incredible story telling by a phenomenal cast. Part One sets the scene and still gives you the em... More

Incredible story telling by a phenomenal cast. Part One sets the scene and still gives you the emotional 'fix' you're after. It leaves you begging for more!

This play was fantastic, the actors are great and the story is a delight. There are no significan... More

This play was fantastic, the actors are great and the story is a delight. There are no significant changes in scenery but the production is effective. I really recommend it and I can't wait to see the second part! Do not be discouraged from seeing it because of its length, it's totally worth it!

An absolutely incredible piece of theatre, and a real love letter to the gay community past and p... More

An absolutely incredible piece of theatre, and a real love letter to the gay community past and present. The minimal staging is used so creatively, and the cast work so well with one another. A real rollercoaster of lighthearted comedy and poignant tragedy. Part One has really set the bar high for the second act and final conclusion of this certain masterpiece. 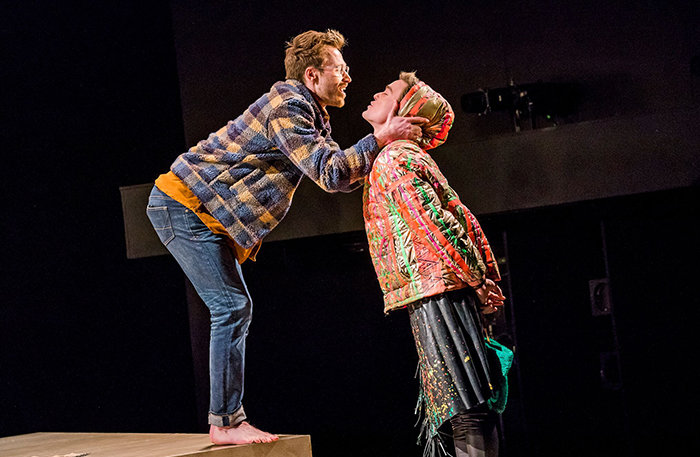 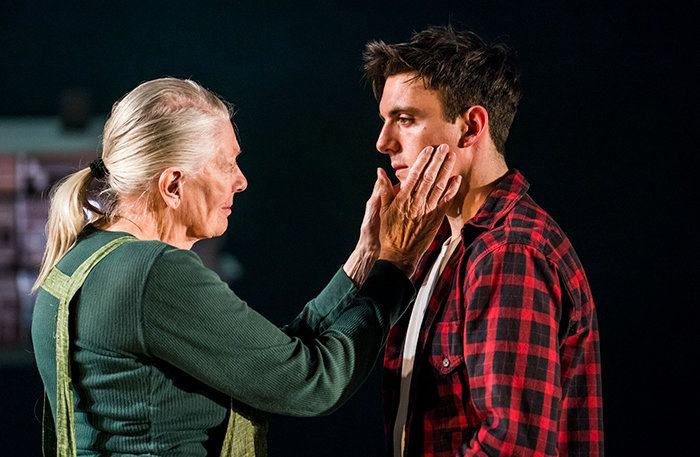 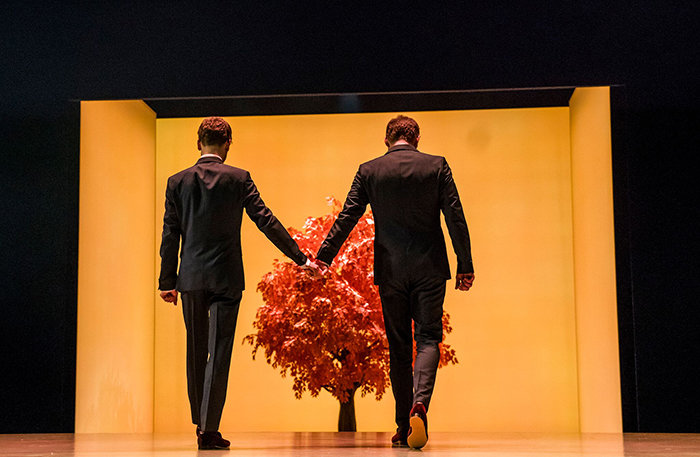 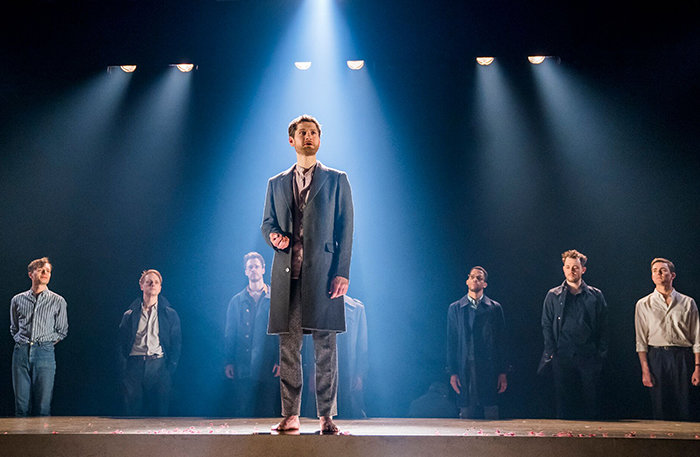 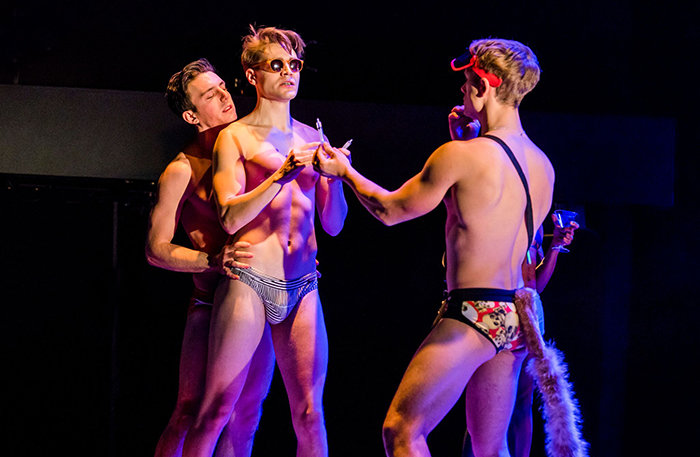 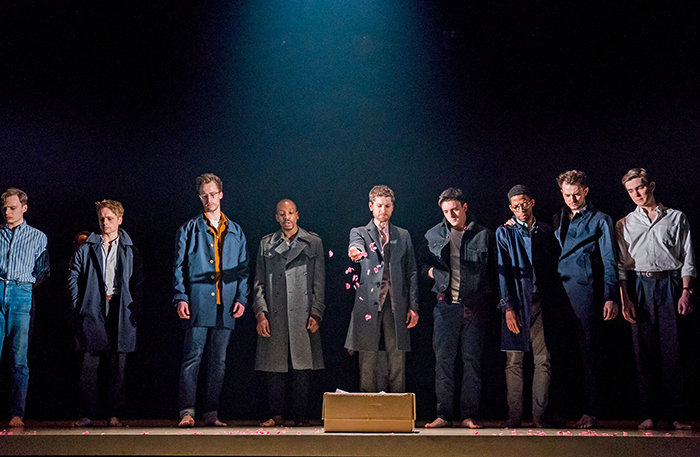 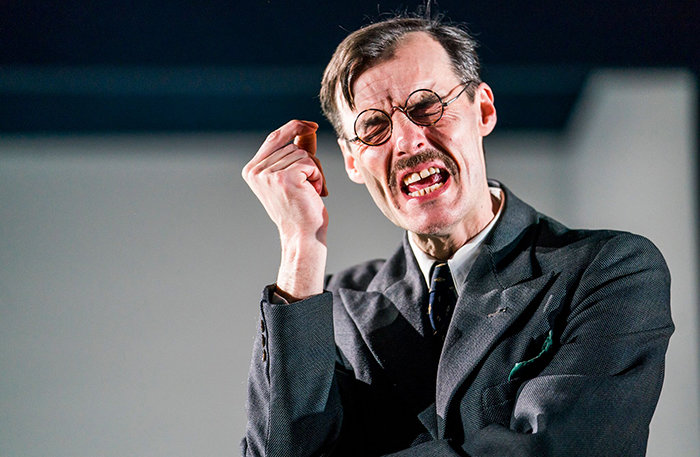 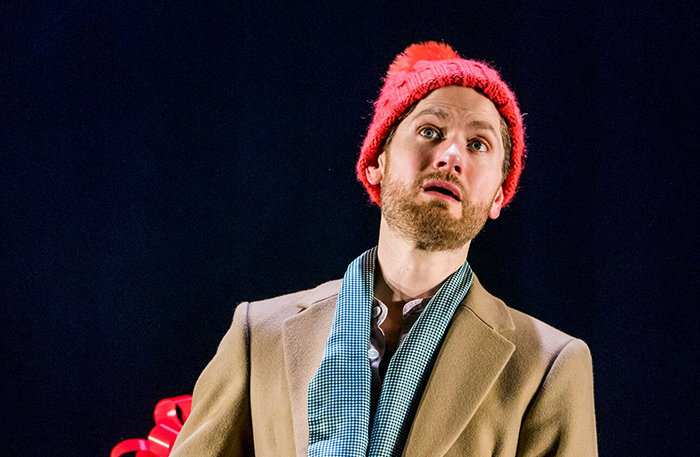 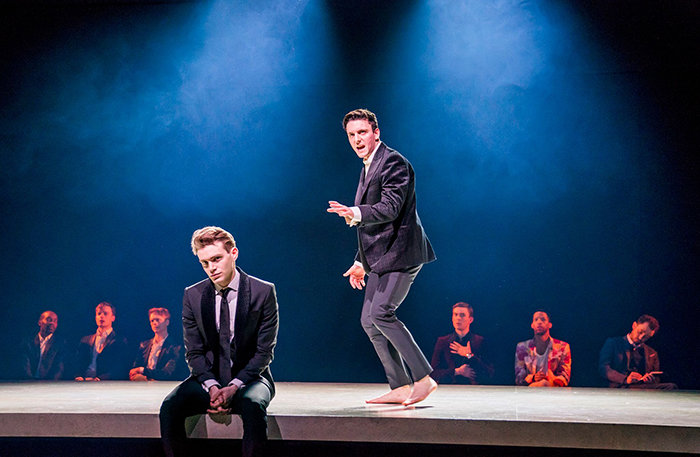 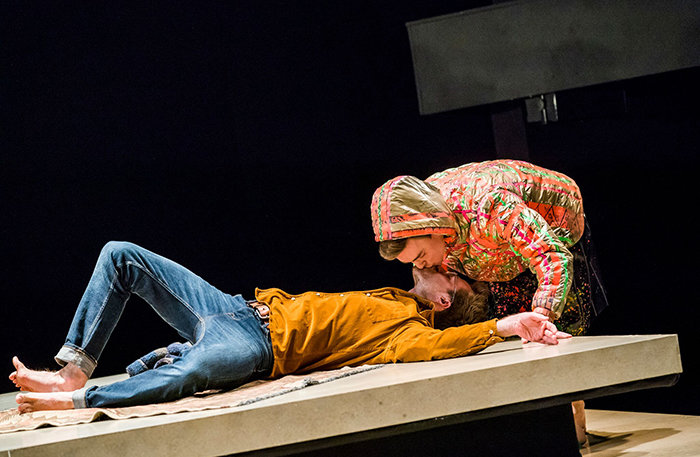 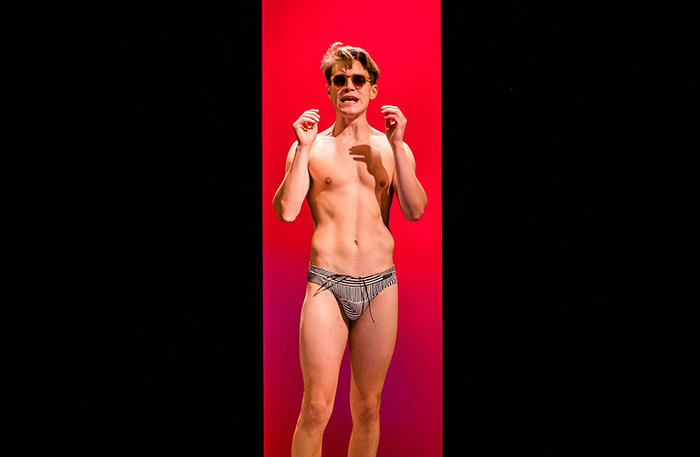 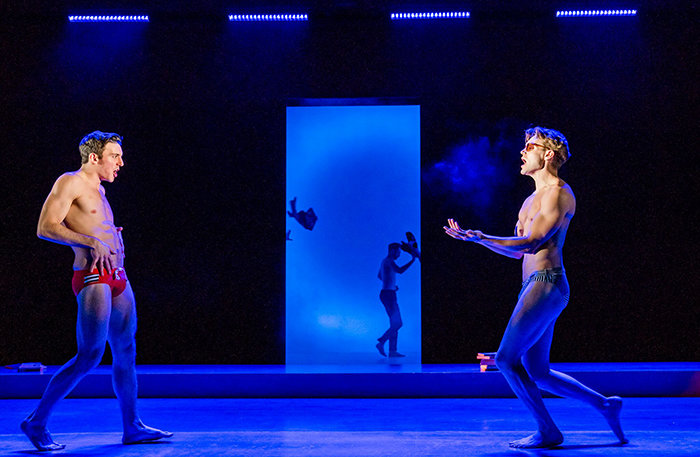 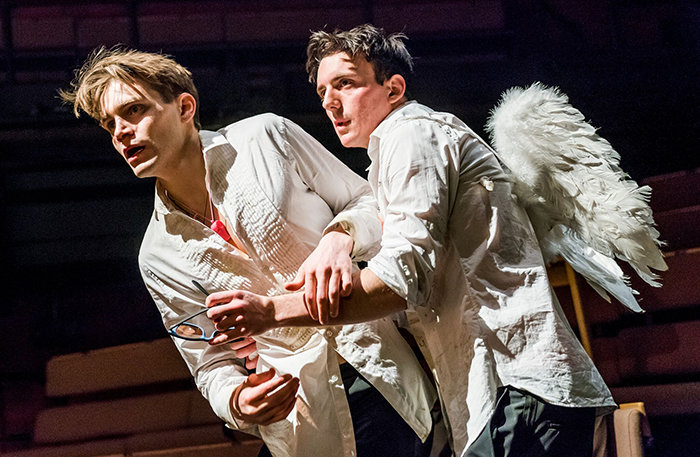 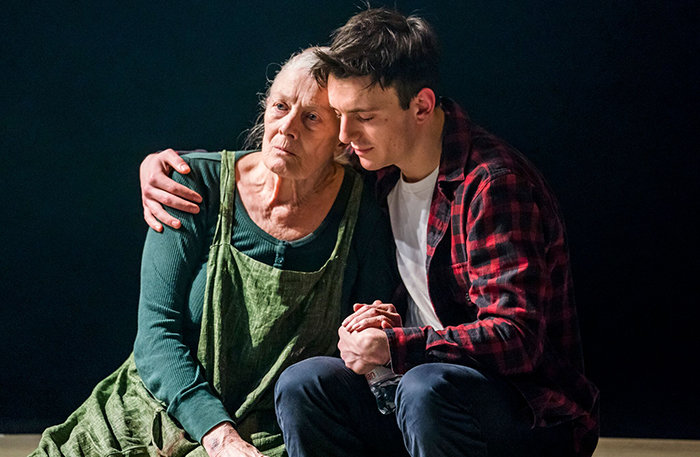 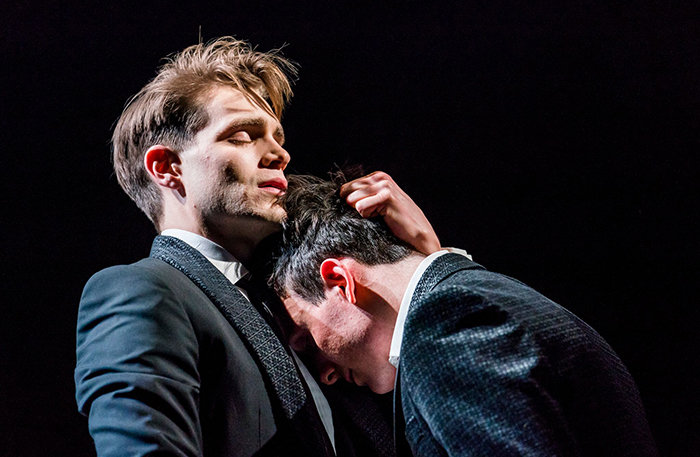 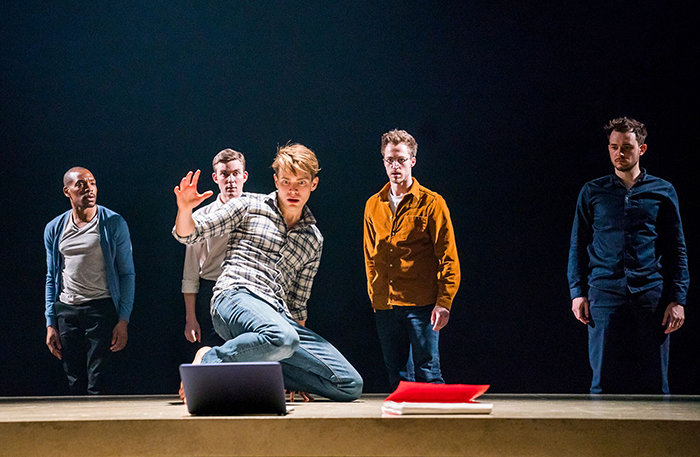