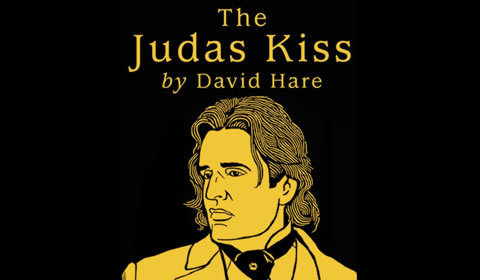 Duke of York's Theatre
0 seat views
Rupert Everett and Freddie Fox star in David Hare’s compelling drama about love and betrayal at London’s Duke of York’s Theatre. Following a sell-out run at the Hampstead Theatre, The Judas Kiss transfers to the West End for a limited season, documenting the ultimate downfall of Oscar Wilde. After playing acclaimed performances, the duo reprise their roles for the London run.

Set in 1985, just as Oscar Wilde’s masterpiece The Importance of Being Earnest receives a triumphant premiere, unknowingly the wheels are set in motion that will lead to Wilde’s cataclysmic downfall. Forced to choose between lover Lord Alfred Douglas and his freedom, ever-romantic Wilde embarks on a terrifying course to self-destruction. Following the eve of his arrest and his release after two years imprisoned, we are given an insight into Wilde’s beloved relationship as well as the consequences of taking a moral position in a world defined by fear and conformity.

Rupert Everett made his name in Julian Mitchell’s play and film Another Country, with subsequent screen roles including My Best Friend’s Wedding, The Importance of Being Earnest and St Trinians. Stage credits include Pygmalion and Blithe Spirit amongst many others. Freddie Fox recently appeared in Hay Fever at the Noel Coward Theatre, with further credits including The Last Five Years and The Mystery of Edwin Drood. Further casting includes Cal Macaninch, Ben Hardy, Kirsty Oswald, Alister Cameron and Tom Colley.

Originally written in 1998, The Judas Kiss is penned by prolific playwright David Hare, who has also written Skylight, South Downs and The Reader. Directed by Neil Armfield, The Judas Kiss features costume by Sue Blane, lighting design by Rick Fisher and sound design by Paul Groothuis. An exposing tale about an all-consuming love in a world fuelled by fear, The Judas Kiss transfers to the Duke of York’s Theatre for a limited season only.

Special notice: Featuring very adult themes and content, The Judas Kiss is not suitable for children. Those who enjoy David Hare dramas will find The Judas Kiss incredibly insightful, especially those who enjoy slightly historic plays. Take your chance to see these actors reprise their acclaimed performances!

Sorry this show closed 06 April 2013, we recommend these similar productions.

SeatPlan Recommends: Seats at the Duke of York’s Theatre offer generally good views, although the stage is very high. Best views can be found in the mid-front of the Royal Circle, with bargain seats to be found towards the ends of rows.