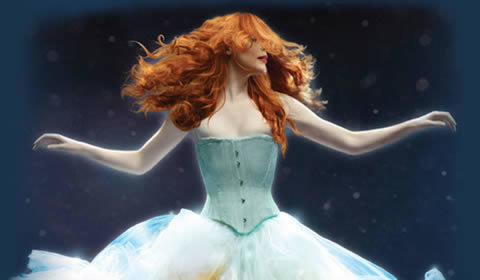 National Theatre - Lyttelton
11 seat views
Marianne Elliott, who has directed War Horse and The Curious Incident of the Dog in the Night-Time, once again wows audiences with Samuel Adamson’s adaptation of the Scottish fairy-tale The Light Princess. With music and lyrics by Grammy nominated singer Tori Amos and staging by Rae Smith, this new and original production is casting a spell over National Theatre audiences.

The Light Princess follows the story of Althea, a princess whose grief over the death of her mother has caused her to become void of tears, lose her gravity and become weightless. Althea is heir to the throne of Lagobel, a city that is rich in gold but lacks a supply of water. The rival kingdom Sealand faces the opposite problem – it is full of water but has no gold. The two kingdoms are at war and their respective heirs, Princess Althea and Prince Digby of Sealand, have been taught to despise the other. However upon a chance encounter in the wilderness, the pair meet and realise that they are more similar than they had once thought. The Light Princess is a reimagining of a dark and poignant fairy-tale that explores identity, rebellion, loss and love.

As well as receiving numerous four and five star reviews, The Light Princess also won the Edgerton Foundation New Plays Award. The Daily Express’ five star review calls the production a ‘feast for the eyes’. Lead actress Rosalie Craig is also turning heads, with her performance as Althea being nominated for an Oliver award and winning the Evening Standard’s Best Actress in a Musical award.

From the spectacular set design by Rae Smith to the exquisite acting by Rosalie Craig, The Light Princess is proving a wonderful addition to the National’s repertoire, encouraging new and younger audiences to experience the delights of the theatre.

Sorry this show closed 02 February 2014, we recommend these similar productions.

The Light Princess seat view photos show what view you will get for your money. Unfortunately we do not have any seat views for this show.