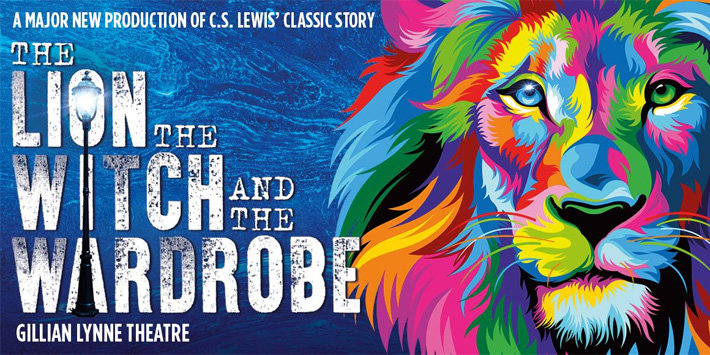 The Lion, The Witch & The Wardrobe Tickets

Step into the magic of Narnia

Travel from wartime Britain to Narnia in the bewitching stage adaptation of C.S. Lewis’ The Lion, The Witch and the Wardrobe.

When siblings Lucy, Edmund, Susan and Peter are sent to a large country house as refugees, they step into an unforgettable adventure. Passing through an unassuming wardrobe into a land where it’s always winter, the siblings meet a talking faun, a majestic lion and the cold, cruel White Witch.

The Lion, The Witch and the Wardrobe play has captivated audiences across the UK, with incredible puppetry and stage effects to make this classic story leap off the page. A co-production between Leeds Playhouse and acclaimed producers Elliott & Harper, it was last in London at the Bridge Theatre. At the Gillian Lynne Theatre, the play is directed by Michael Fentiman, based on Sally Cookson's original production.

The Lion, the Witch and the Wardrobe West End cast includes Samantha Womack (The Girl on the Train; South Pacific) as the White Witch.

Return to a magical world of childhood fantasy with The Lion, The Witch and the Wardrobe tickets. This incredible theatrical experience travels through the wardrobe and into the Gillian Lynne Theatre for a limited season.

Sorry this show closed 08 January 2023, we recommend these similar productions. 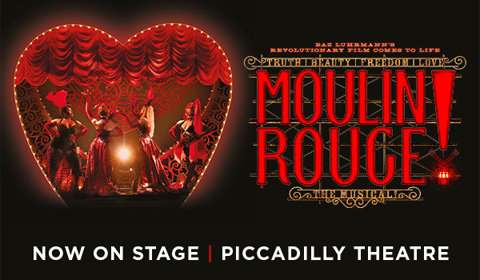 The Lion, The Witch & The Wardrobe seat view photos show what view you will get for your money. Unfortunately we do not have any seat views for this show.

Incredible show! Took my little boy there for his 8th birthday, so some scenes were a little on t... More

Incredible show! Took my little boy there for his 8th birthday, so some scenes were a little on the scary side for him, however, we all thoroughly enjoyed it, and marvelled at how well the play suited both parents and children. Very clever direction, and fantastic cast!

One of the best shows I have ever seen, West End or otherwise. It evoked memories of the BBC seri... More

One of the best shows I have ever seen, West End or otherwise. It evoked memories of the BBC serial I watched as a kid with its beautiful and innovative staging and use of puppetry. The casting was absolutely perfect - Delainey Haynes's Lucy was natural and captured the innocence and bravery of children. Samantha Womack was equal parts likeable and scary as the White Witch, and her closing of Act 1 was the best part of the entire show. I absolutely LOVED this production and I am gutted I discovered it so close to its closing. Please go and see this before it closes in January, I promise you won't regret it.

Great performance! We all love the transition of each scene. Standing ovation to all characters -... More

Great performance! We all love the transition of each scene. Standing ovation to all characters - how amazing are the characters doing the choreographs using their own instruments.

Based on the 1950 novel by CS Lewis, this story marks the first in the 7-set Chronicles of Narnia... More

Based on the 1950 novel by CS Lewis, this story marks the first in the 7-set Chronicles of Narnia. Although this is not a musical, there are several numbers throughout, which bring a mystical and magical feel with their Gaelic, springlike tones. Set during WWII, the Pevensie children, Peter, Susan, Edmond and Lucy are all evacuated from London to Scotland, to live with the ageing but eccentric Professor Kirk. Lucy is the first to discover the ethereal world of Narnia, hidden in the depths of the wardrobe. It has been left in a 100 year winter by the self-proclaimed Queen aka The White Witch. The four children find themselves as major players in battle of good vs evil, together with the lion Aslan, the creator of Narnia. But there is a traitor amid, who has been beguiled by The White Witch’s promises. The cast, many play multiple roles, bring the magic and enchantment of Narnia alive. It was even more special that the majority of the cast played instruments on stage for the soundtrack, rather than an offstage orchestra. While these cast members elevated the action on stage, it’s the children and The White Witch who confidently commanded the limelight. (I do have to give a special mention to the witch’s wolves, who gave a humorous portrayal of evil beings). The staging, though simple, is highly effective and quite special. When the children go through the wardrobe the effects make you feel like travelling along with them. The distraction techniques used throughout are rather quite charming, and clever. (Although, in the position I was seated, I could see a lot of behind the scene preparation that you wouldn’t get face on, which I thought was a lovely added bonus). This is a beautiful, and highly recommended piece of theatre, which also features puppets, high wires and moments where you think “how did they do that?”

This was the 2nd time I have seen this show and again it was just truly amazing definitely one of... More

This was the 2nd time I have seen this show and again it was just truly amazing definitely one of the best shows I have ever seen. Such a shame it has now ended.

Beautifully staged show, with great lighting, costumes and music. Actors played instruments live on stage whilst acting and I particularly loved the choreography and use of puppetry for some of the animals. Quite dark at times so might be a bit scary for very young children.