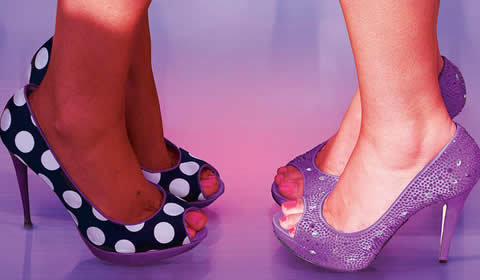 The Merry Wives of Windsor tickets

Barbican Theatre
6 seat views
Fiona Laird directs the Royal Shakespeare Company’s updated version of The Merry Wives of Windsor, transferring to the Barbican Theatre as part of the RSC’s London Season. One of Shakespeare’s finest comedies, the production follows Falstaff, Shakespeare’s overweight, ale-quaffing letch, who was the most popular character in his Henry IV plays.

The Merry Wives of Windsor sees Falstaff arrive in Windsor, running short of funds. Quickly, he hatches a plan to seduce some of the town’s wealthiest women, completely ignoring that they are already married. After sending them identical love letters, the two women plot to take Falstaff down a peg or two. As the aging knight isn’t the brightest of people, he easily falls for their schemes in this uproarious comedy.

Catapulted into modern times, this adaptation sees the characters plunged into the depths of reality TV. The Merry Wives of Windsor is directed by Fiona Laird, whose credits span the National Theatre, Old Vic and Menier Chocolate Factory, and features design by Les Brotherston, lighting design by Tim Mitchell, sound design by Gregory Clarke and choreography by Sam Spencer-Lane, with music also by Laird.

One of Shakespeare’s most fun, frivolous comedies, the RSC revival is an opportunity to catch one of the Bard’s rarely-staged plays. Playing as part of the theatre company’s highly-anticipated London Season, which also includes Romeo and Juliet and Macbeth, the production runs at the Barbican Theatre for a strictly limited season. The Merry Wives of Windsor plays from 7 December 2018 to 5 January 2019.

Special notice: This hilarious comedy is great for those who don’t like heavy theatre, and for those who prefer updated versions of Shakespeare plays. It’s also worth seeing for those who are familiar with Shakespeare, but haven’t had a chances to catch this particular comedy.

The Merry Wives of Windsor seat view photos show what view you will get for your money. Unfortunately we do not have any seat views for this show.