Garrick Theatre
39 seat views
Following sell out success adapting and directing The Painkiller Sean Foley’s new version of the classic comedy The Miser by Moliere opened in March 2017 at the Garrick Theatre in London’s West End, under producer Mark Goucher.

The Miser stars much loved British comedy actor Griff Rhys-Jones in the lead role, marking his first return to the West End stage in five years.

Many will know Griff Rhys-Jones from his long running comedy partnership with Mel Smith, during which time the two starred in such BBC TV comedy favourites as Not the Nine O’Clock News and Alas Smith and Jones, as well as the film Morons From Outer Space. Much of Griff Rhys-Jones’ most recent work has been in documentaries and TV presenting, with shows such as Three Men in a Boat with fellow comedians Dara O’Brien and Rory McGrath.

It is Griff Rhys-Jones’ stage work for which he is most renowned however, winning two Olivier Awards for his performances as the title roles in Charley’s Aunt in 1984 and An Absolute Turkey in 1994. With his last West End role being in Cameron Mackintosh’s acclaimed production of Oliver! between 2009 and 2011.

He was joined by the BAFTA winning comedian, Lee Mack, who made his West End debut. Best known for television and stand-up work, Mack is widely recognised as one of the country’s favourite comedians and has won a huge range of awards, as well as being the writer and star of hit BBC One comedy Not Going Out as well as being a regular on many TV panel shows.

The Miser was first produced by Moliere under the protection of Louis XIV in 1668 and follows a man called Harpagon, who is obsessed with wealth and stringy with expenses. Despite being a widower over sixty, with a son (Cleante) and a daughter (Elise), he attempts to arrange a marriage between himself and an attractive young woman named Mariane, who is already in love with his son. Meanwhile his daughter is entwined with a man called Valere, who has taken a job as a steward in their household, despite Harpagon wishing her to marry the wealthy gentleman Seigneur Anselman.

With a fast moving and complex plot, and a hilarious blend of satire and farce, Moliere’s work is in very fitting hands being adapted by Sean Foley. Foley has previously won Olivier awards in both entertainment and comedy with his 1999 play Do You Dome Here Often as well as the 2002 play The Play What I Wrote. He has also received a range of other nominations, in particular for his 2012 revival of The Ladykillers which drew great praise from audiences and critics alike.

This collaboration with producer Mark Goucher, is the first time that the pair had worked together since their hugely successful production of Jeeves and Wooster in Perfect Nonsense, which saw great success both in London’s West End and on tour, and is currently under option for a Broadway season.

The Miser opened at The Garrick Theatre in London’s West End, with performances having began on Wednesday 1st March 2017 and running through to Saturday 10th June.

Special notice: The Miser is perfect for fans of classic humour given a contemporary twist, such as with recent productions of Shakespeare’s comedies.

Fans of Sean Foley’s previous works such as The Ladykillers, The Play What I Wrote and the recent version of The Painkiller at The Garrick Theatre, should not miss this opportunity to see one of the West End’s most prolific comedy directors put his hand to this Moliere classic. With Foley’s The Dresser also running just previous to this, fans of either work are also likely to find enjoyment in the alternative.

Sorry this show closed 03 June 2017, we recommend these similar productions.

SeatPlan Recommends: The stalls in the Garrick Theatre are a large area, with rows at the back feeling very distant, and rows M to X especially having little leg room and are affected by the overhand of the Circle. The best seats in the Garrick Theatre are in rows AA-L, with discounted seats at the front generally being preferable to those at the rear. There are also pillars located in the middle of Rows S and N, so beware if you are sitting behind these. Generally sitting nearer the front and centre will give you a better view.

The Circle is curved, meaning seats to the very side give you a more side on view, however they can feel very close to the stage so can be preferable to the rear of the stalls. There is no safety rail meaning less views are restricted than most circles, however there are two support pillars, but they tend to restrict views, only legroom in some seats.

Although the Grand Circle does not feel too far away from the stage, the layout is very curved meaning seats at the edges do have a very side on view.

The show was really funny. I have never laugh so much before, during a show. The casting was amaz... More

The show was really funny. I have never laugh so much before, during a show. The casting was amazing, the way that they worked off each other and made each other laugh during the show.

The show was amazing and great comedy factor. Watched the last performance and have to say the wa... More

The show was amazing and great comedy factor. Watched the last performance and have to say the way they handled things was great. When they got lines wrong they shook it off and made it into a joke, which made it even more hilarious. Was more audience interaction in this than there is at a panto! Mostly first few rows/Stalls but they do make a lot of comments up to the Dress and Grand Circle also.

An enjoyable comedy - Lee Mack stole the show completely and I would recommend this show in order... More

An enjoyable comedy - Lee Mack stole the show completely and I would recommend this show in order to see him specifically. The rest of the cast weren't particularly mentionable with some of the comedy seeming amateurish. Mack makes this show worth seeing and if you're up for something light-hearted and easy-going this is the show for you.

The show was good, brought right up to date (not sure how much was scripted v. ad-libbed) with en... More

The show was good, brought right up to date (not sure how much was scripted v. ad-libbed) with enjoyable physical comedy/ farce elements.

The show was incredible, I was laughing more then I did the first time. The sets were a bit basic... More

The show was incredible, I was laughing more then I did the first time. The sets were a bit basic but it gave everyone a laugh.

Not the best show seen but we enjoyed it - wouldn’t rush to see it again. 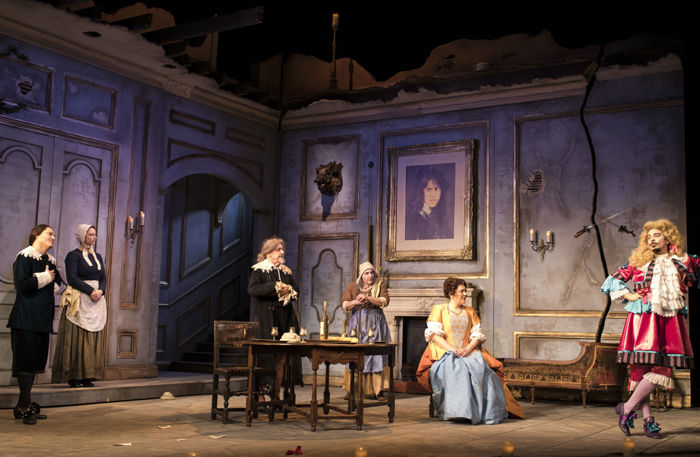 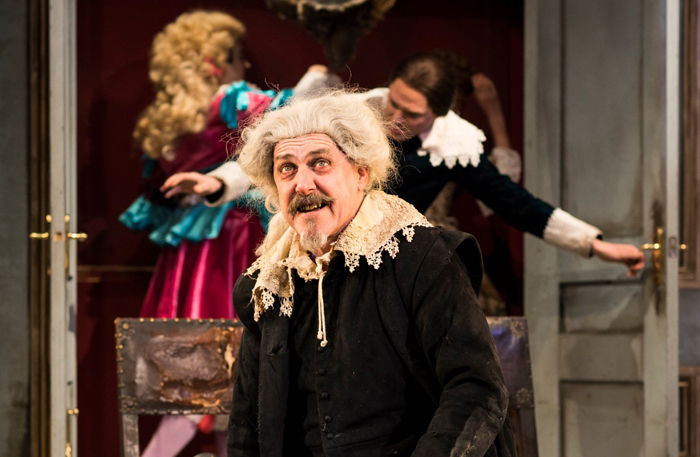 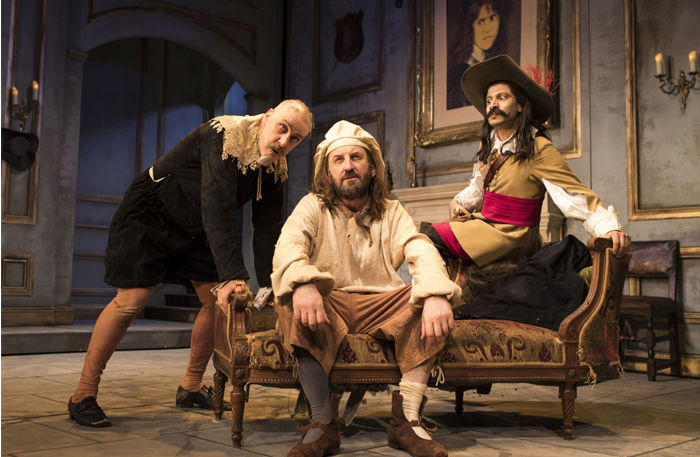 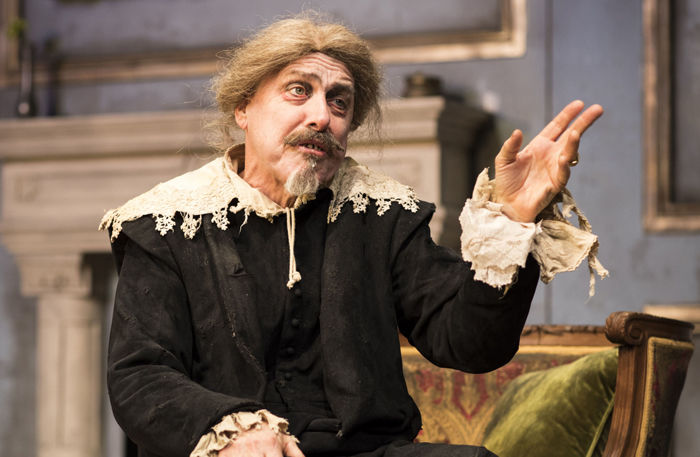 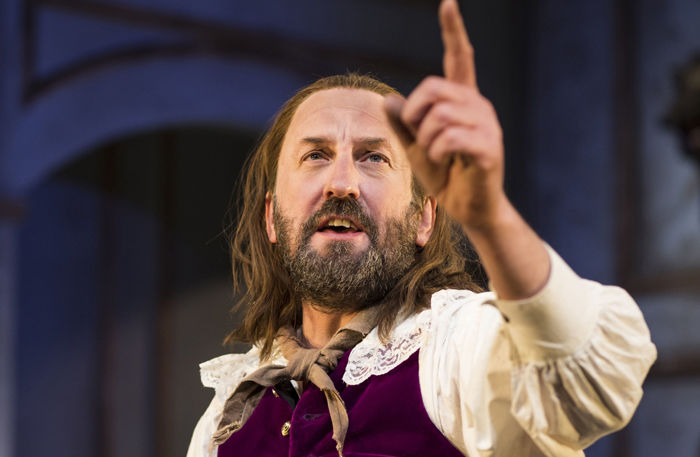 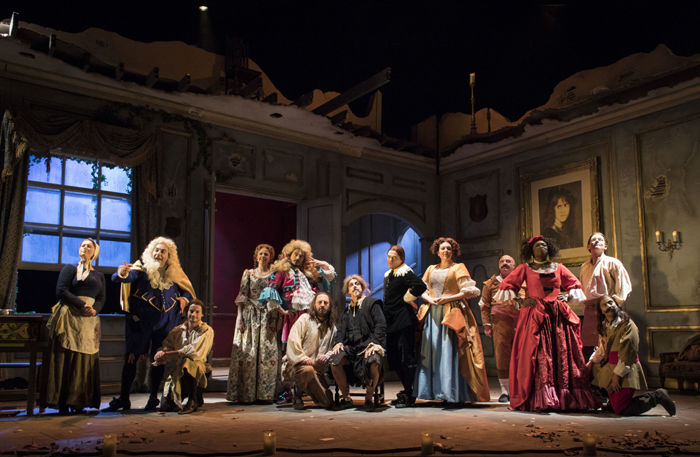 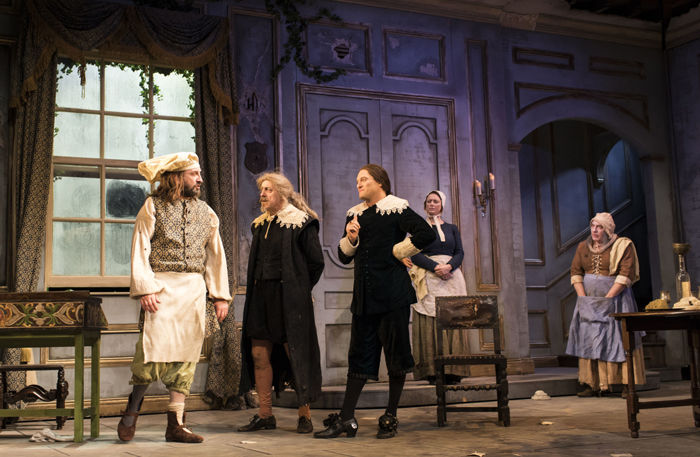