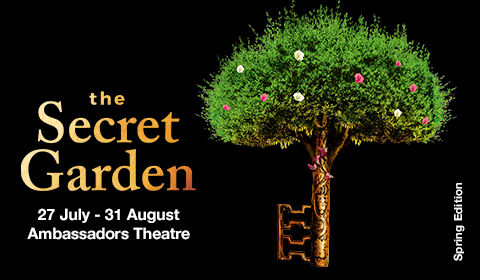 Ambassadors Theatre
4 seat views
A family favourite loved by generation after generation, The Secret Garden returned to London’s West End in a new 75 minute edition of the Broadway musical version of Frances Hodgson Burnett’s classic book. Having ran at the Ambassadors Theatre in the West End, the show played until the 31st August 2016, and was a family friendly summer treat not to be missed.

Set in the early 20th century, the story follows the eleven year old Mary Lennox, a young English girl born and raised in the British Raj in India, who loses her parents to an outbreak of cholera. Following this tragedy she is sent from India to Yorkshire in England to live with relatives who she has never met.

Once she arrives in England, her own personality begins to bloom, as she meets a young gardener who talks to birds, with whom she discovers a locked and neglected garden which they try to bring back to life, as well as helping to rejuvenate her sickly cousin Colin and her reclusive uncle Archibald.

The story of The Secret Garden is much loved by many generations in many forms, from the original book, to countless film, TV and theatre adaptations. It is the 1991 Broadway musical that has received some of the most modern critical acclaim however.

With script and lyrics by Marsha Norman (The Red Shoes & The Color Purple) and a beautiful score composed by Lucy Simon (Doctor Zhivago), the musical premiered on Broadway in 1991 and ran for 2 years and over 700 performances. During this time it was nominated for 7 Tony Awards and won 3, including Daisy Egan becoming the youngest female recipient of a Tony Award, being only 11 years old at the time.

This 75 minute version of the Broadway hit, took the brilliance of the original, while condensing it down to a length that is ideal for all the family. Adapted by its creators to be performed by young people, The Secret Garden came from the production team that brought you Annie Jr which broke records at the Arts Theatre in 2015 in a hugely popular run that gave 350 young actors their first experience on a West End stage.

The production was directed by Rupert Hands (Hamlet, A Small Family Business & Noises Off) with choreography by Jamie Neale and musical direction by Richard Barker.

Taking a cue from the original Broadway production’s success with star child performers, The Secret Garden featured only four adult actors, but twenty child actors, selected from a huge range of over 2000 young auditionees.

The Secret Garden at the Ambassadors Theatre was the European premiere of this new 75 minute version of the classic Broadway hit, and with a huge cast of the country’s best up and coming talent, The Secret Garden ran until 31st August 2016.

Special notice: The Secret Garden is a West End favourite perfect for families and schools. With this shortened 75 minute version of the original Broadway hit, it is a suitable length for children of most ages. With its heart-warming and nostalgic story, it is the perfect musical for first time theatregoers, or as another fond trip following similar London productions such as The Railway Children.

Sorry this show closed 31 August 2016, we recommend these similar productions.

SeatPlan Recommends: The Ambassadors Theatre in London is a fairly small and intimate theatre so much of the Stalls offer good views as well as feeling close to the stage. Some rows near the back are often impaired by a slight overhang of the upper storey, however this is usually reflected in the price so can offer a good discount if you are after one.

The Circle at the Ambassadors Theatre also offers some fantastic views of the stage that can be reflecting in pricing, however the very back rows can begin to feel quite distant.

I enjoyed this amateur production of The Secret Garden. It was well put together by the mostly yo... More

I enjoyed this amateur production of The Secret Garden. It was well put together by the mostly young cast. The set was simple but effective and I think the whole show was well done. I have seen a few productions of this show and this was one of the best. A brilliant job done by all.

A lovely show. Minimal set, which is understandable as the show is sharing a theatre with Stomp!... More

A lovely show. Minimal set, which is understandable as the show is sharing a theatre with Stomp! The girl we saw playing Mary was excellent - it's a shame they didn't mention which of the 7 or 8 Mary's she was. The lady playing Lily was also superb. An odd casting decision to make Dickon an adult (young adult, poss late teens/early 20s) as it changed the dynamic between him and Mary. Sad that they cut the song "Bit of Earth" which is a standout track. Other than that we enjoyed the show and though the young cast were great.

Really enjoyable with incredible acting and beautiful set design, if only I could see again! 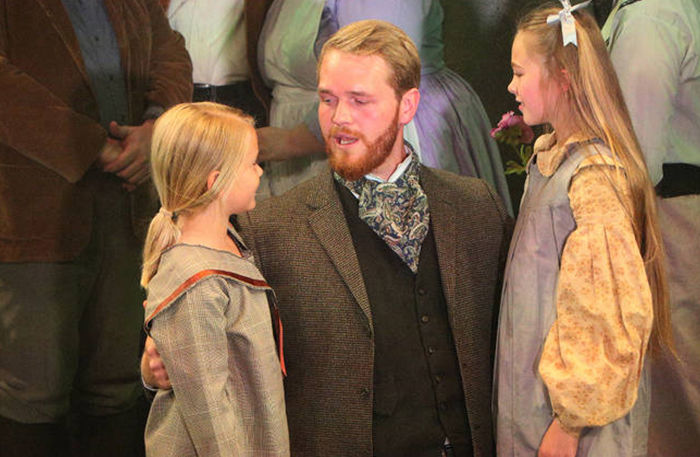 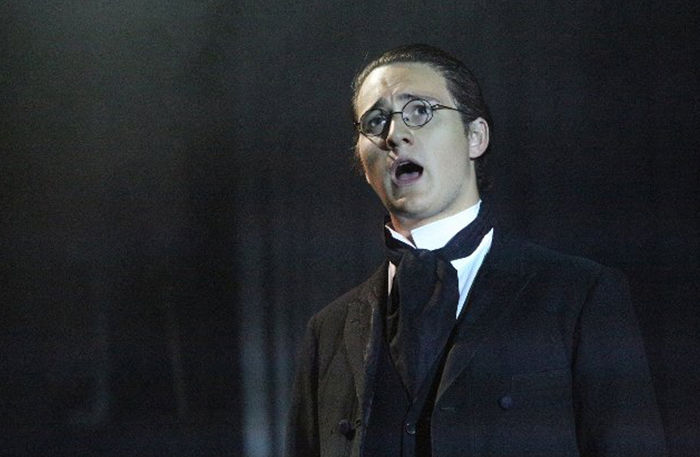 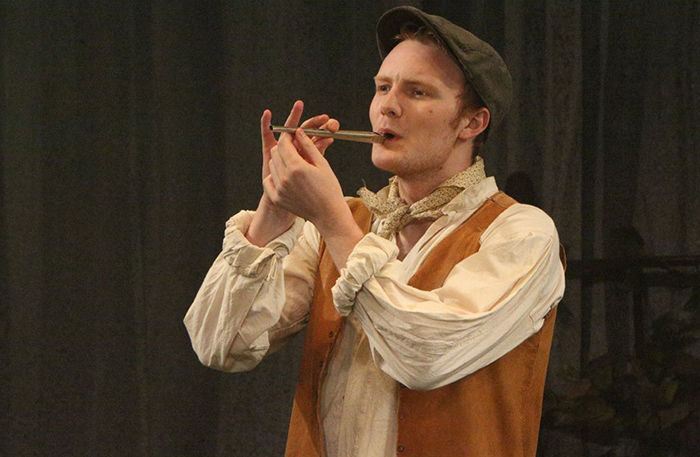 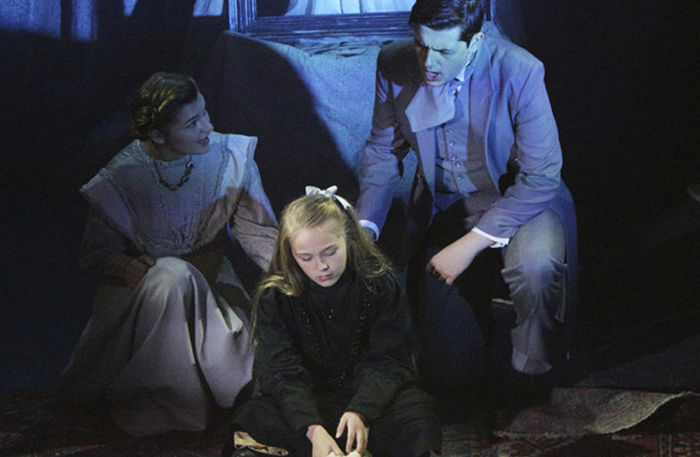 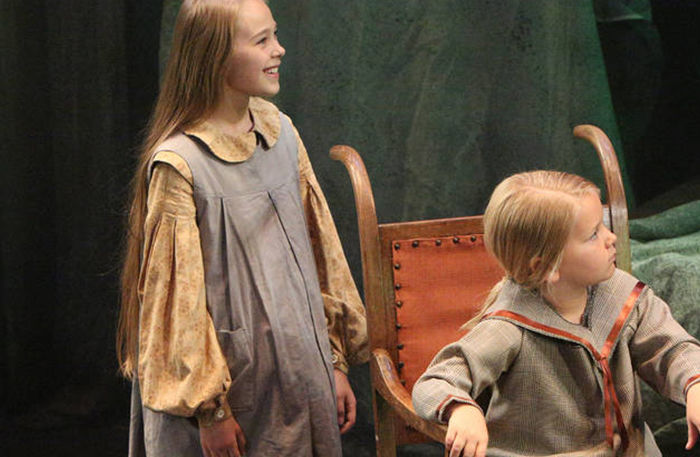 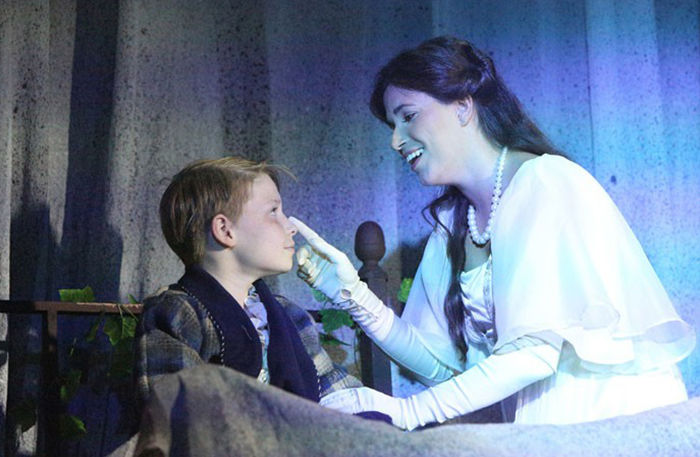 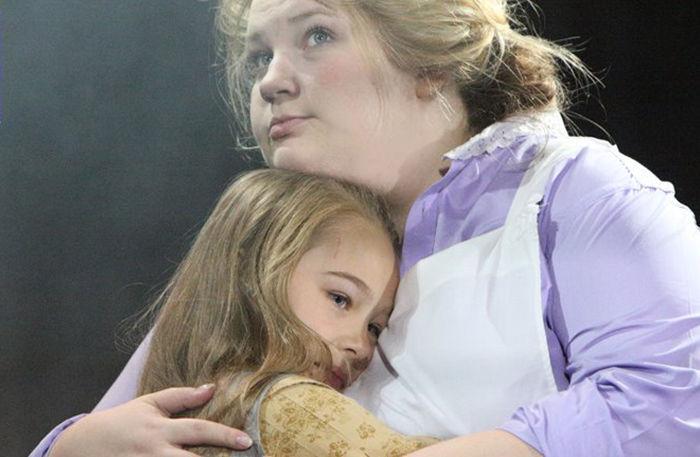