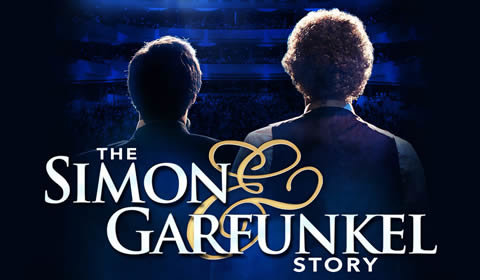 Lyric Theatre
3 seat views
After huge success at the Leicester Square Theatre in 2015, the internationally acclaimed The Simon & Garfunkel Story plays a strictly limited four West End performances at the Lyric Theatre. Revisit the 60s and listen to the songs and sounds of an era, in celebration of this singing-songwriting powerhouse.

The two-man-and-a-band musical show follows the highs and lows of folk rock band Simon & Garfunkel, marking the 50th Anniversary of the duo’s 1957 formation. Discover their true back story, beginning with their original band Tom & Jerry and going on to chart their bitter breakup. There's plenty of action in between, including their receiving 10 Grammy Awards and being inducted into the prestigious Rock and Roll Hall of Fame. The show culminates in a magnificent recreation of their Central Park concert of 1981.

Rediscover the group's most beloved songs, like “The Sound of Silence”, “Bridge Over Troubled Water”, “Mrs Robinson” and more.

The new production features direction from Dean Elliot (Buddy – The Buddy Holly Story) with lighting design by Nik Ryal and Dean Elliot. Sound design comes from Graham Penn and Chris Crowther, with video design by Josh Woods. It is produced by Maple Tree Entertainment and was originally directed by David Beck.

Don't miss this new chance to catch The Simon & Garfunkel Story when it plays limited Monday performances at the Lyric Theatre London.

Special notice: Fans of Simon & Garfunkel will be amazed at the incredible likeness Philip Murray Warson and Charles Blyth conjure on stage.

Sorry this show closed 30 March 2020, we recommend these similar productions.

The Simon & Garfunkel Story seat view photos show what view you will get for your money. Unfortunately we do not have any seat views for this show.