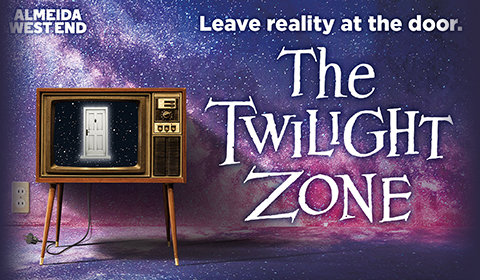 Anne Washburn adapts The Twilight Zone for the stage, with previous credits including the heralded Mr Burns. Richard Jones directs, after helming multiple productions at the Young Vic and National Theatre, as well as receiving Olivier Awards for Too Clever by Half and Sondheim musical Into the Woods.

Based on the original stories by Rod Serling, Charles Beaumont and Richard Matheson, The Twilight Zone entertained audiences for years. After a premiere at the Almeida Theatre in 2017, the show returns to London, playing a strictly limited season at the Ambassadors Theatre from 19 March 2019.

Special notice: Those who enjoyed the original CBS television show will thoroughly enjoy this stage adaptation, whilst those who missed it during its run at the Almeida now have the chance to see the production in the West End.

Sorry this show closed 01 June 2019, we recommend these similar productions.

The Twilight Zone seat view photos show what view you will get for your money. Unfortunately we do not have any seat views for this show.