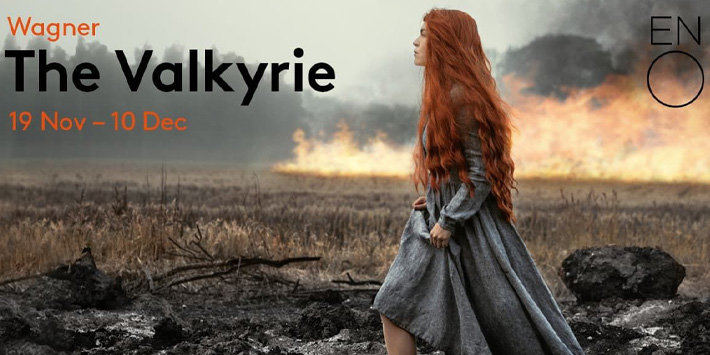 Wagner’s incredible Ring cycle returns to the London Coliseum, as The Valkyrie leads the way with a tale of revenge and destruction inspired by Norse mythology.

The Valkyrie is the story of separated twins Sieglinde and Siegmund, who fall in love and trigger the wrath of the gods. When Sieglinde and their unborn child are saved by the Valkyrie Brünnhilde, she must face divine retribution, and a feud that could destroy worlds begins.

Casting for The Valkyrie includes Rachel Nicholls as Brünnhilde, Nicky Spence as Siegmund, Emma Bell as Sieglinde, Susan Bickley as Fricka and Matthew Rose as Wotan.

The Valkyrie is a co-production between the English National Opera and the Metropolitan Opera, directed by Richard Jones and conducted by Martyn Brabbins. As the second part of Wagner’s extraordinary Ring saga of operas, it marks the beginning of a five-year collaboration which sees all four parts staged at the London Coliseum.

Warring gods and a devastating romance make The Valkyrie tickets an incredible introduction to one of opera’s greatest minds; the ENO’s new staging of Wagner’s masterpiece opens at the London Coliseum on 19 November 2021.

Special notice: This production contains non-graphic violence, sexual references and some use of moderate bad language.

Sorry this show closed 10 December 2021, we recommend these similar productions.

The Valkyrie seat view photos show what view you will get for your money. Unfortunately we do not have any seat views for this show.