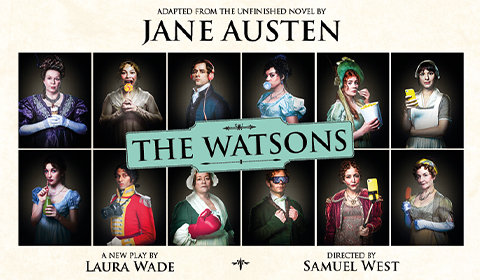 The Watsons is showing at the Harold Pinter Theatre.

Emma Watson’s rich aunt has kicked her out, her brother and his wife are unbearable, and a lifetime of poverty and spinsterhood is far from attractive. Whether it’s the flirty Tom Musgrave or the rich but painfully awkward Lord Osborne, she must make a match – and quickly.

But unlike Lizzie Bennett, this Austen protagonist has been left hanging by her own author… and it’s a truth universally acknowledged that an unfinished book must be in want of a theatrical re-imagining! Fizzing with humour and invention, The Watsons is a delightfully witty peek behind the empire waistlines and pretty bonnets we all know and love.

Playwright Laura Wade adapts The Watsons from Jane Austen’s famously unfinished final novel. Her most recent work is the Olivier Award-winning Home, I’m Darling, although she is best known for her scathing take on private schools in Posh.

The Watsons is directed by Samuel West (Darkest Hour), with design from Ben Stones, lighting from Richard Howell, sound from Gregory Clarke, and music from Isobel Waller-Bridge (BBC’s Fleabag).

The running time for The Watsons is 2 hours 15 minutes, including an interval.

Special notice: Fans of literary send-up Austentatious or new jukebox musical & Juliet will find lots to enjoy in The Watsons. Anyone who’s devoured Austen’s books and wants to finally find out the conclusion of Emma Watson’s story should also book tickets for the show.

Sorry this show closed 01 July 2020, we recommend these similar productions. 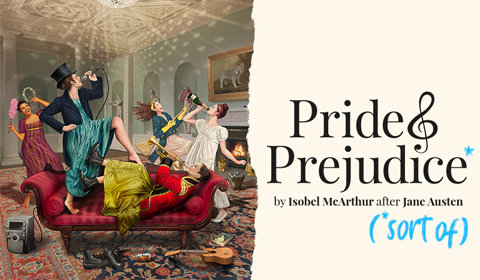 Pride and Prejudice* (*sort of)

The Watsons seat view photos show what view you will get for your money. Unfortunately we do not have any seat views for this show.