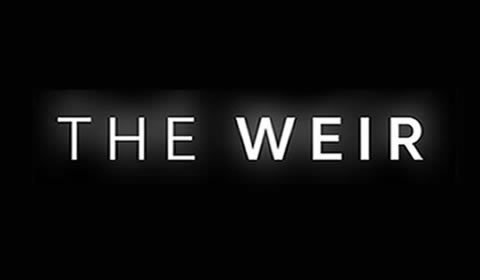 Wyndham's Theatre
4 seat views
Following a smash-hit, sell-out run at the Donmar Warehouse, Josie Rourke’s revival of The Weir transfers to Wyndham’s Theatre for a limited twelve week run. Originally premiering in 1997, The Weir scooped the Olivier Award, Critic’s Circle and Evening Standard Award for Best New Play. A chilling, modern ghost story, The Weir has enjoyed a storm of successful reviews at the Donmar and now moves to spook the West End.

Set on a cold and stormy evening in an isolated bar on the West Coast of Ireland, The Weir sees landlord Brendan, garage-owner Jack and employee Jim settle in for a lock-in. As they get in their drinks, a beautiful young woman arrives, accompanied by local business man Finbar. Soon, the men begin to reminisce about their upbringings, challenging each other to impress the new woman with their ghost stories of Irish folklore and mysterious goings-on. But once the men have regaled their tales, the mysterious woman tells a haunting tale of her own, revealing the true reason she left her former home in Dublin.

Reuniting the extraordinary original Donmar company, The Weir features Risteárd Cooper (Batman Begins) as Finbar, Brian Cox (The Bourne films) as Jack, Dervla Kirwan (The Silence) as Valerie, Peter McDonald as Brendan and Ardal O’Hanlon (Father Ted) as Jim. The Weir is written by award-winning Conor McPherson, establishing him as one of the greatest living playwrights. Further works from McPherson include The Night Alive, The Seafarer, Shining City and Port Authority.

Directed by Josie Rourke (Much Ado About Nothing), critically-lauded The Weir features design by Tom Scott, lighting design by Neil Austin and sound design by Ian Dickinson. A celebrated revival of a fascinating supernatural play about love, loss and melancholy, The Weir opens at Wyndham’s Theatre in January 2014 for a strictly limited season.

Special notice: Those who enjoy ghost stories will find this modern tale thrilling. Fans of Josie Rourke’s work will delight in this previously sold-out run that is sure to send chills up the spine! Although not explicitly frightening, The Weir is not suitable for young children.

Sorry this show closed 19 April 2014, we recommend these similar productions.

SeatPlan Recommends: There are excellent views on offer throughout Wyndham’s Theatre. Seats in the higher tiers are often sold at bargain prices and offer an amazing view of the stage, due to the steep rake of the auditorium. Sit in the middle of the Royal Circle for the best overall views, or in the Stalls if you wish to feel close to the action of this intimate play.