Garrick Theatre
12 seat views
Prolific director Jeremy Herrin brought his political play This House to London’s Garrick Theatre, for a highly acclaimed run. After two smash-hit runs at the National Theatre, the production had long been rumoured to appear on the West End, impressing audiences and critics alike. With a preliminary run at Chichester Festival Theatre, This House transferred to the Garrick Theatre London for a limited run, having started performances on November 19th.

Written by James Graham, This House is a pertinent drama that delves into the sinister behind-the-scenes of Parliament. Set in 1974 Westminster, the production takes place in a time of political turbulence, when James Callaghan’s government received a vote of no confidence, fist-fights took place and laws were decided by one single vote. Over four decades on, This House remains strikingly relevant, particularly at a time when politics are at the forefront of public discussion.

Premiering in 2012 at the National Theatre’s Cottesloe Theatre, This House was written by Graham and directed by Herrin, who has recently enjoyed success with hard-hitting drama People, Places and Things. Now, the duo team up again to present the West End run. Graham is best-known for his work on The Vote, which aired on election night, and his upcoming hit Privacy, as well as Finding Neverland, whilst Herrin has enjoyed Broadway success with The Nether and Another Country.

This House starred Nathaniel Parker as Jack Weatherill. Parker is best known for starring in the title role in the TV series The Inspector Lynley Mysteries, as well as his stage roles in hugely successful productions such as The Audience and Wolf Hall, the latter of which he won an Olivier Award for. He was joined by Steffan Rhodri (known for his role in Gavin & Stacey and stage work such as The Hairy Ape) as Walter Harrison and Phil Daniels (Quadrophenia, Scum and Meantime) as Bob Mellish.

This House featured lighting design by Paul Constable, sound design by Ian Dickinson and movement by Scott Ambler, with design by Rae Smith, who worked on the previous run at the National Theatre and won plaudits for recreating Parliament inside the theatre. Commenting on the current climate of politics, This House remained startlingly appropriate for today’s audience. Having opened at London’s Garrick Theatre, the production began performances on November 19th and played until February 25th 2017.

Special notice: Fans of the previous production will enjoy seeing it in London’s West End. Those who enjoy political dramas such as The Vote will find this stage show very pertinent.

Sorry this show closed 25 February 2017, we recommend these similar productions.

SeatPlan Recommends: The Garrick Theatre offers relatively good views throughout the theatre. Sit in the mid-front of the Stalls or Dress Circle for the best view. Avoid the back of the Stalls or the very ends of the rows as the overhang really does hinder the view.

A very funny and witty production written by James Graham. The cast were superb (particularly Nathaniel Parker and Phil Daniels). I saw this production four years ago at The National and I think it worked better in that theatre then in the cramped confines of The Garrick. Still, it was a funny show where I still learnt an awful lot about UK politics in the 1970s

Really enjoyed the show and thought it resonated with things happening today as well as in 1974! 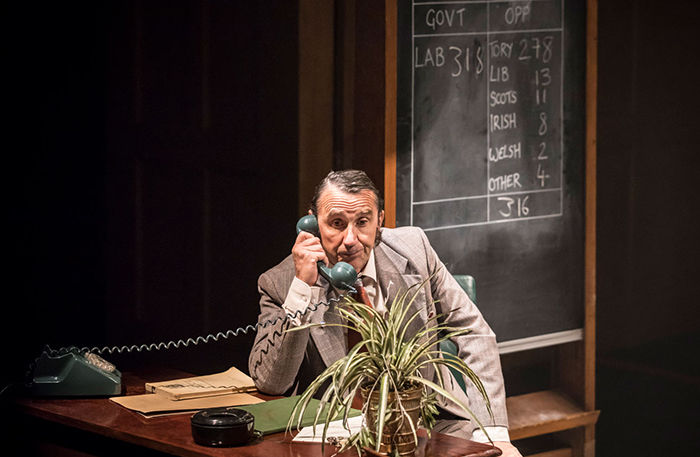 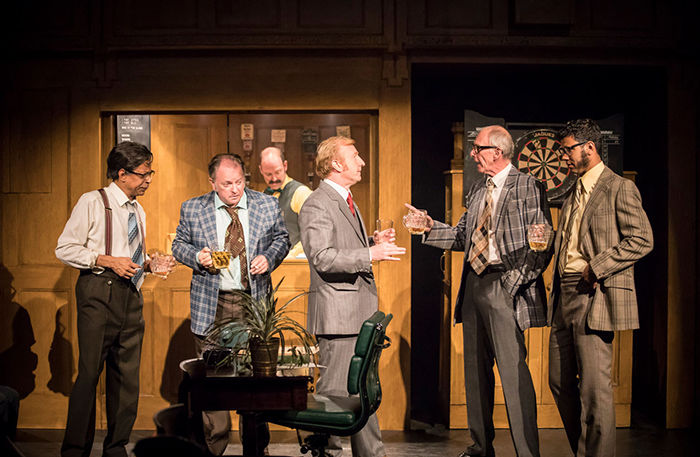 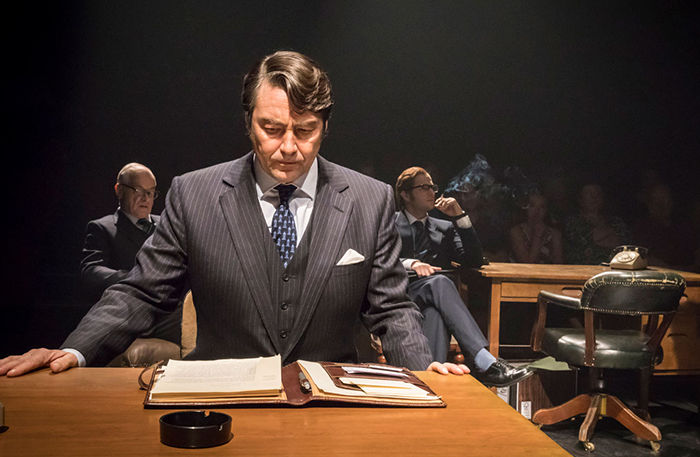 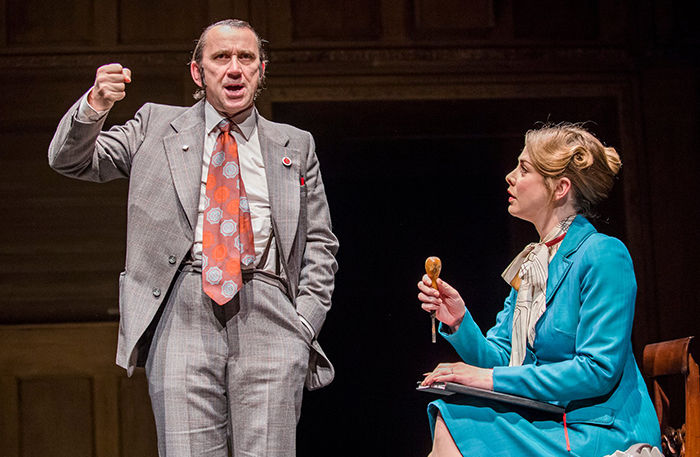 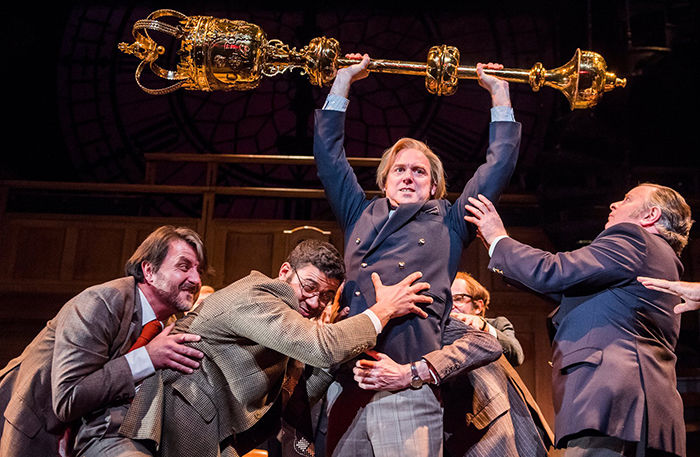 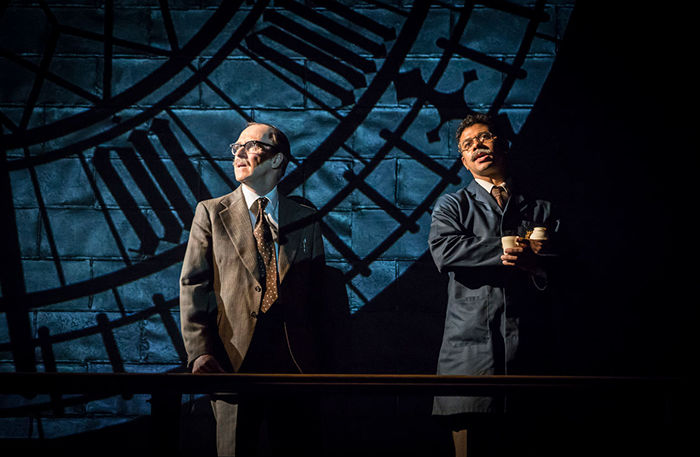 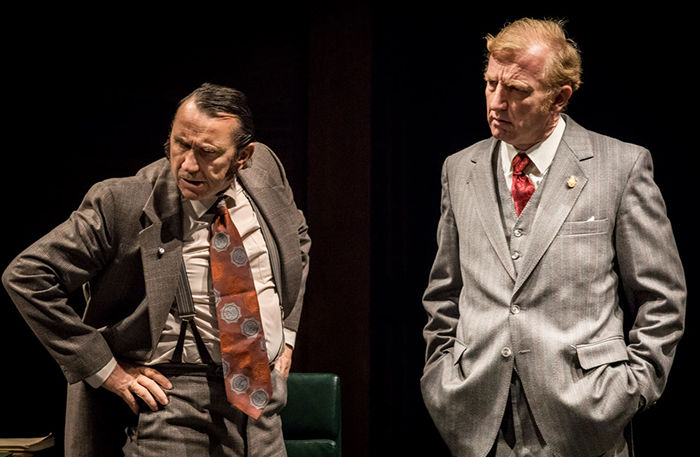