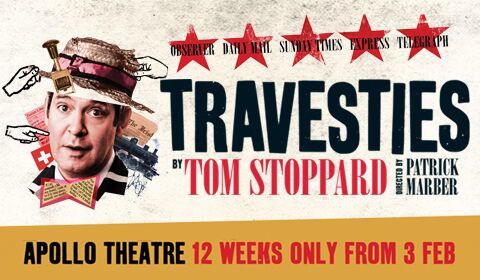 Apollo Theatre
25 seat views
The smash hit production of Travesties, which enjoyed a hugely popular sold out run at the Menier Chocolate Factory in 2016, transferred to the Apollo Theatre in London’s West End for a strictly 12 week run which ran from 3rd February 2017.

After breaking box office records, becoming the quickest selling play ever at the Menier Chocolate Factory, entirely selling out even before it had its first preview, this revival of Tom Stoppard’s classic play received a welcomed move to the West End in 2017.

The play tells the story of Henry Carr, an old man who recollects his time in Zurich in 1917 during the First World War and his meetings with James Joyce during the writing of Ulysses, Tristan Tzara during the rise of Dada and Lenin in the build up to the Russian Revolution, all of which were living in the city at that time.

Travesties featured Tom Hollander in the lead role of Henry Carr. Hollander is one of the country’s most prolific actors, having a hugely varied career that has encompassed everything from comedic roles such as in the Hollywood blockbuster Pirates of the Caribbean and British political satire In The Loop to having leading roles in period dramas such as Pride and Prejudice and Gosford Park.

Hollander’s career is not only confined to the screen however having first made his name winning the 1992 Ian Charleson Award for his performance as Witwoud in The Way Of The World at the Lyric Hammersmith Theatre. His other acclaimed roles have also included George Feydeau in A Flea in Her Ear at the Old Vic and Khlestakov in The Government Inspector at the Almeida Theatre.

This production marked over twenty years since Tom Stoppard’s work was last seen on the West End stage. Stoppard is often thought of as one of the greatest dramatists of our generation, having won four Tony Awards, an Academy Award and even a knighthood in recognition of his work. His career has spanned over fifty years and have included a range of hugely popular plays such as Rosencrantz and Guildenstern are Dead, Rock N Roll and Arcadia.

Travesties was one of the most exciting West End transfers of 2017, giving fans who missed out on the original run of this hugely popular revival of Stoppard’s classic play the opportunity to see it. Travesties opened at the Apollo Theatre on 3rd February 2017 for a strictly limited 12 week run and closed on 29th April 2017.

Special notice: Travesties is highly recommended for anyone who wanted to see it at the Menier Chocolate Factory after reading the rave reviews it received, however could not get tickets for its spectacular sold out run. Stoppard fans may want to make a double bill of this Stoppard revival with another, as Daniel Radcliffe will also star in a new version of Rosencrantz and Guildenstern are Dead at the Old Vic in early 2017.

Sorry this show closed 29 April 2017, we recommend these similar productions.

SeatPlan Recommends: The Stalls at the Apollo Theatre tend to give good views throughout, with the front section generally giving the best views and legroom. An overhang from the Dress Circle begins at Row H but only really has impact from Row N backwards.

The Dress Circle itself generally also gives good views, however due to a horseshoe layout, seats towards the ends of Rows A – D can feel particularly side on, however the lack of safety rails are a bonus. The Grand Circle can feel very distant and high, with a similar curve, and a safety rail at the end of each aisle can affect seats in Row B and C.

I really enjoyed this show. I wasn't really sure at first and it took until just before the inter... More

I really enjoyed this show. I wasn't really sure at first and it took until just before the interval for me to get what was going on but once it clicked it was brilliant. I loved the set and the use of stairs and doors to change levels and scenes. Tom Hollander was incredible and really funny and the whole cast put on a fantastic performance.

Stellar performances from Tom Hollander and Freddie Fox as the muddled Henry Carr and flamboyant... More

Stellar performances from Tom Hollander and Freddie Fox as the muddled Henry Carr and flamboyant Tristan Tzara. It definitely helps to be clued up on Dadaism, Socialism and The Importance of Being Earnest, otherwise there's a potential that you could get lost. It's fairly funny (not as uproarious as people may suggest), but it's a clever play with some brilliant direction, set design and lighting. Really enjoyed it but probably wouldn't see again, just because you can't shake that ever so slight feeling of pretension...

This intelligent but baffling play is Tom Stoppard at his finest. I have mixed feeling towards St... More

This intelligent but baffling play is Tom Stoppard at his finest. I have mixed feeling towards Stoppard as his quality of work can range from the disappointing Hard Problem (National Theatre 2015) or entertaining in the form of the recent Hapgood revival at the Hampstead Theatre. Stoppard’s 1976 piece reflects a different time and perhaps a different man. The intimidating intellectual is very much there as it is clear some knowledge of British literature and Russian Communism is key but also a sense of fun, a playfulness that is often missing from theatre and what makes it a key spectacle. Previous casts in productions of Travesties include Anthony Sher, Tim Curry, John Hurt and Robert Powell but the west end have a real coup in the casting of Tom Hollander, an actor as comfortable in drama as he is in comedy plays Henry Carr, who is reminiscing about his work in Zurich as British Consulate, where he encountered a young James Joyce (Peter McDonald) and Vladmir Lenin (Forbes Mason). There is also a subplot that bears more than a resemblance to The Importance of Being Earnest involving Tristan Zara (Freddie Fox), his sister Gwendoline (Amy Morgan) and Bolshevik librarian Cecily (Clare Foster, who gives a fantastic comic performance and genuinely reminded me of a lot of librarians I know). It is a fantastic cast, with some great comic timing and some beautiful dramatic writing, particularly for the character of Nadya Lenin (Sarah Quist) but at times it can feel like so much is going on without everyone getting to do much. Tim Wallers Bennett is sadly underused and Mason’s Lenin is at his finest when he gets to be a figure of fun. Ultimately Travesties is quite ridiculous and that is part of its charm. Don’t let the intellectual elements put you off. Enjoy this show as a funny shows, which just happens to feature Ulysses, Oscar Wilde and Bolsheviks.

Complex, intelligent play: you have to pay attention but you're amply rewarded. Oh, and it's very... More

Complex, intelligent play: you have to pay attention but you're amply rewarded. Oh, and it's very funny.

Fantastic play. Stoppard's writing is incredibly fast paced and hilarious. Despite being about Le... More

Fantastic play. Stoppard's writing is incredibly fast paced and hilarious. Despite being about Lenin, Joyce and Tzara it doesn't fall into the trap of becoming too self-reverential and is still very accessible even to those who have little knowledge of the trio. It is a surreal blend of performance, humour, dance, poetry and anything else you can think of, but somehow manages to pull it off brilliantly. Freddie Fox is particularly brilliant as the flamboyant Tristan Tzara.

Excellent. Very surreal, but wonderfully funny in places. The cast and direction were superb. V... More 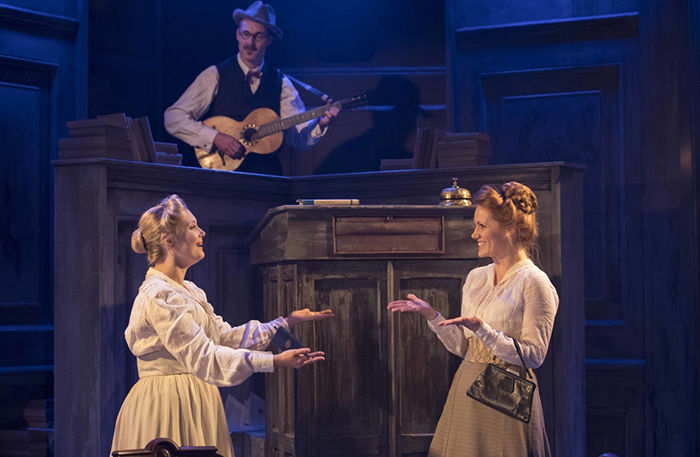 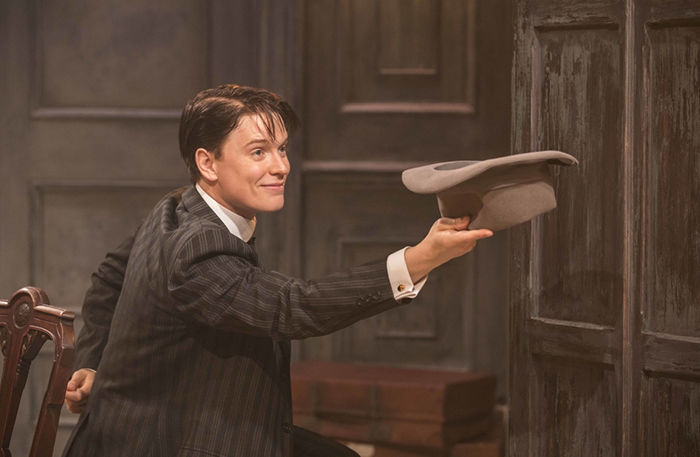 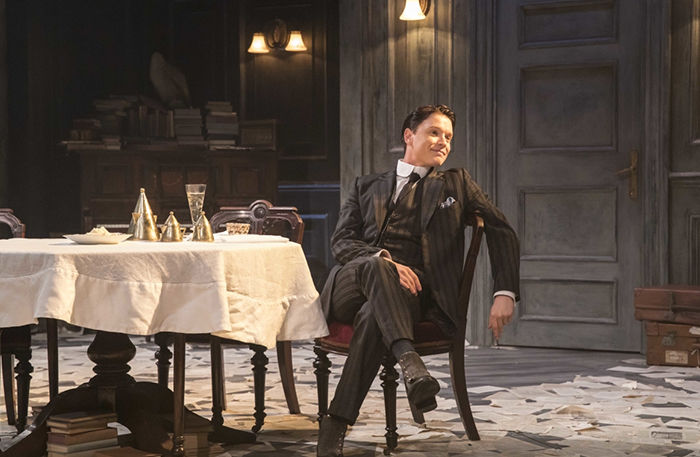 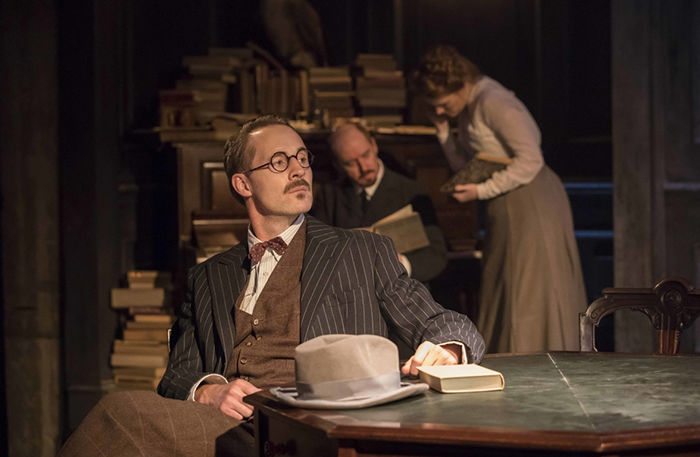 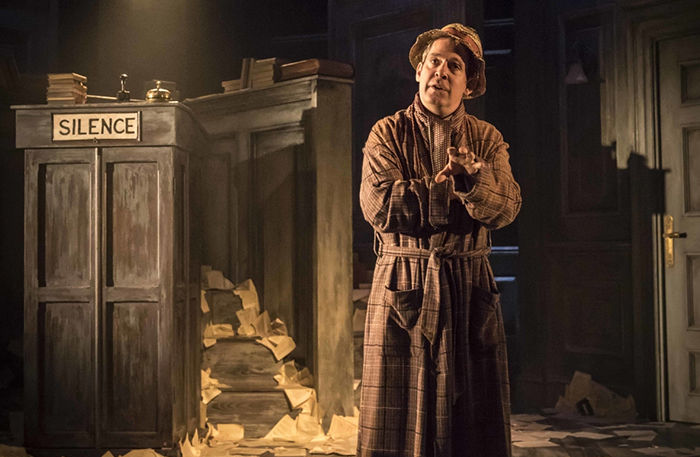 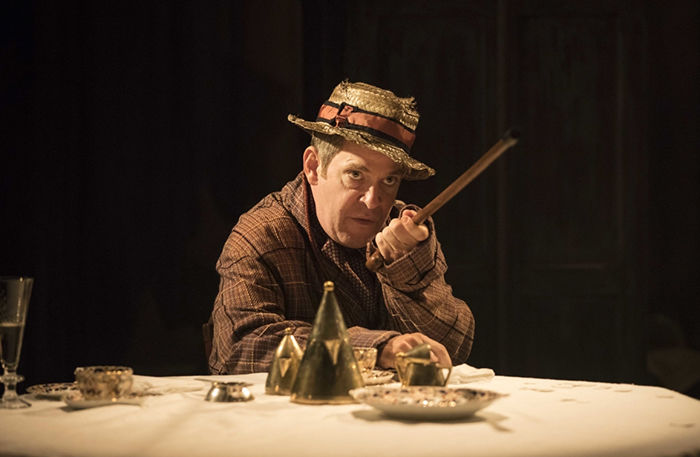 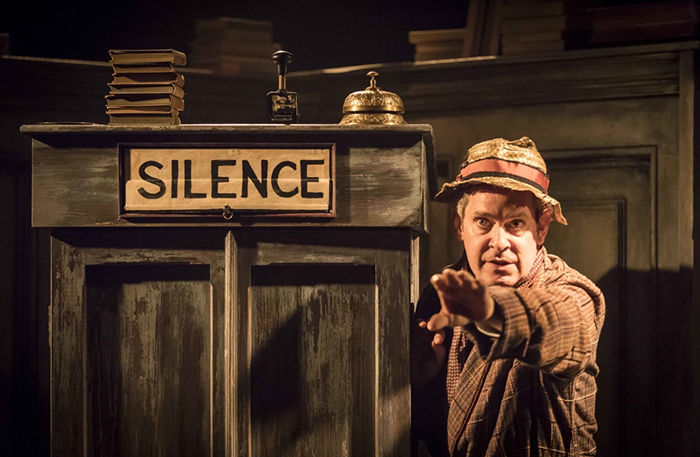