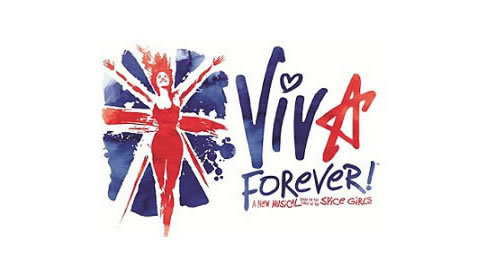 Piccadilly Theatre
7 seat views
Jennifer Saunders brings girl power to the West End stage with her new, rip-roaring Spice Girls-inspired musical, Viva Forever! Debuting at the Piccadilly Theatre, almost 20 years after the British pop band took over the charts, the spirit of the Spice Girls is still very much alive.

Endorsed by all five band members, Viva Forever! is a jukebox musical centred on the chart hits of the 90’s girl group. Despite having a strong focus on the music of the band, Viva Forever! has an entirely original story written by Jennifer Saunders. Viva Forever! tells the tale of a starry-eyed girl named Viva who lives on a houseboat with her mother and forms a band with her friends. After auditioning for a reality TV talent contest, Viva gains more attention from the judges than her bandmates and must choose between her goals and her friends.

Featuring hits such as ‘Wannabe’, ‘Mama’, ‘Stop Right Now’, ‘Spice Up Your Life’, ‘Who Do You Think You Are’, ‘2 Become 1’, ‘Say You’ll Be There’ and of course, ‘Viva Forever’, the show is pure blissful nostalgia for all of those who loved the Spice Girls.

Despite receiving mixed critics reviews, Viva Forever! has proved a hit with audiences night after night, many of which have been known to leave the theatre singing their heart out as if it were 1996!

Sorry this show closed 29 June 2013, we recommend these similar productions.

SeatPlan Recommends: If you want the best view of the houseboat in all its glory, sit in the middle of the Stalls or the Dress Circle.