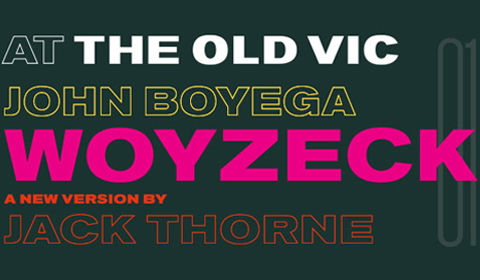 Old Vic Theatre
0 seat views
Woyzeck returned to the London stage in 2017 at The Old Vic in an entirely new version by multi-award winning stage and screen writer Jack Thorne and featuring Hollywood mega star John Boyega in the lead role.
The play featured as one of the main highlights in The Old Vic’s 2016/2017 season, with Matthew Warchus as artistic director, alongside other highly anticipated productions such as Art and King Lear starring Glenda Jackson in the title role.

Many will know John Boyega from his first prominent role as Moses in the British film Attack The Block before being catapulted to worldwide superstardom by taking the lead of Finn in the 2015 film Star Wars: The Force Awakens. Despite having appeared in Six Parties at the National Theatre and Category B at the Tricycle Theatre in his younger years, Woyzeck marks Boyega’s first big return to the London stage since becoming a Hollywood star.

His return to the theatre is a step away from the blockbuster roles that many will be used to seeing Boyega in, with Woyzeck traditionally being performed as a dissection of social conditions along with an examination on complex themes such as poverty. The character of Woyzeck is dehumanised by both doctors and the military, looked down upon as having less morality by those with more wealthy and status, slowly driving Woyzeck to despair.

These themes and ideas have been updated in an original script by playwright Jack Thorne. Best known for his work on such critically acclaimed TV series as This Is England and Skins, his first film The Scouting Book For Boys, and a range of highly successful radio plays, Jack Thorne promises to bring a gripping and highly contemporary relevance to one of the most influential plays ever written, creating for our time what Buchner designed for his – an unforgettable howl of rage.

Woyzeck is a play used to being rewritten, especially as it was left unfinished by Georg Buchner before his death in 1837, before finally being performed for the first time in Munich in 1913. Since then it has become considered one of the most influential and most performed plays in all of German Theatre.

Joe Murphy directs this new production, after being awarded the 2016 directorship in residence at the Old Vic, following his previous role as the Artistic Director of the writing company Nabakov. Murphy is known for his work directing What I Learned From Johnny Bevan, which won two Fringe First Awards at Edinburgh, as well as working on the Hillary Mantel Wolf Hall series on Broadway and at the RSC.

Special notice: Fans of John Boyega should not miss the opportunity to see the Hollywood star perform in a tough and gritty drama on the West End stage. Having acclaimed performances on both stage and screen, this will be his first big role in a London production since starring in Star Wars.

With the subject matter of Woyzeck and a new adaptation by Jack Thorne (This Is England), it is set to be a tough and brutal dissection of contemporary society. Those who enjoy hard hitting drama with a social depth will find this one of the highlights of the Old Vic’s 2017 productions.

It should be noted that due to violence and nudity, this production is only suitable for audience members aged 14 and over, however as Woyzeck is currently in development, this may still change.

SeatPlan Recommends: The Stalls will generally give the best views in the Old Vic, being well raked and also with spacious leg room. Pillars in Row Q restrict the first and last seats in these rows, as well as the Dress Circle overhanging the rear of the stalls, but both of these are usually offered at a lower price. It is normally advisable to take a similar priced seat in the dress circle over these however.

The centre of the Dress Circle offers good views, however can feel distant from the action, while the edge seats receive a very side on view. Seats near the ends of rows A to E are also impaired by support pillars.

The Lilian Baylis Circle can often provide some of the cheapest seats in the house, however many are restricted, with the front side rows being very side on and on tightly packed bench style seats. The back rows are less visually restricted generally, but are very distant to the stage. Those with very good eyesight and an ability to stay immersed in the drama may find these the best value for money in this section however. 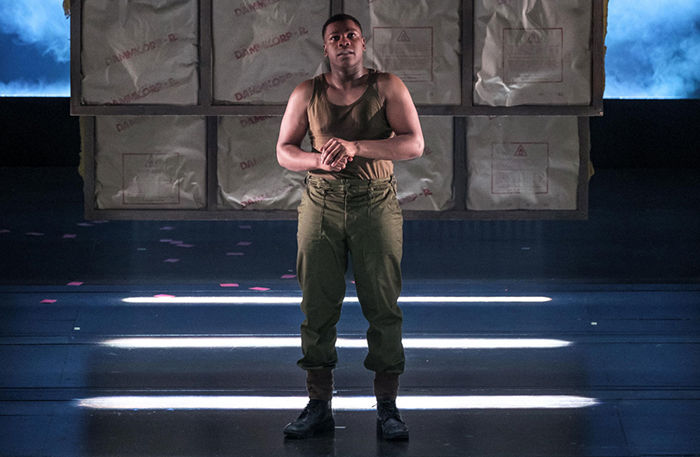 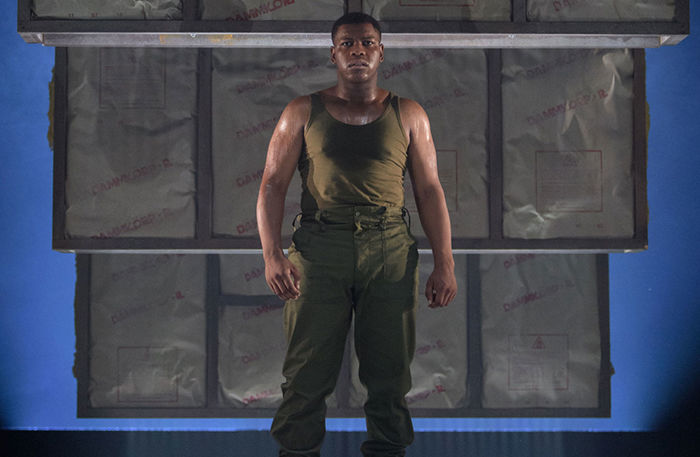 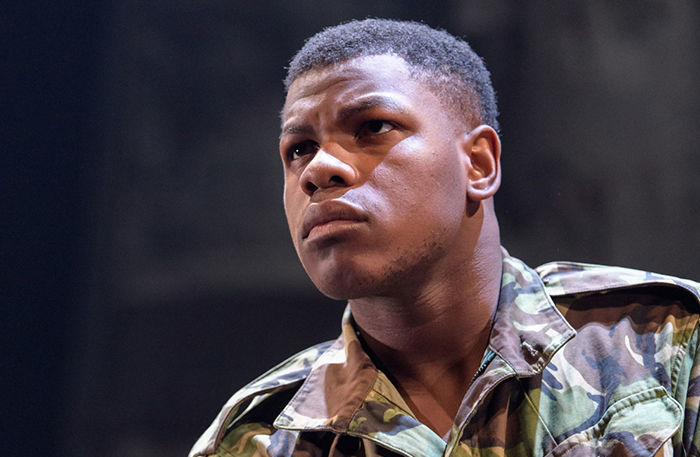 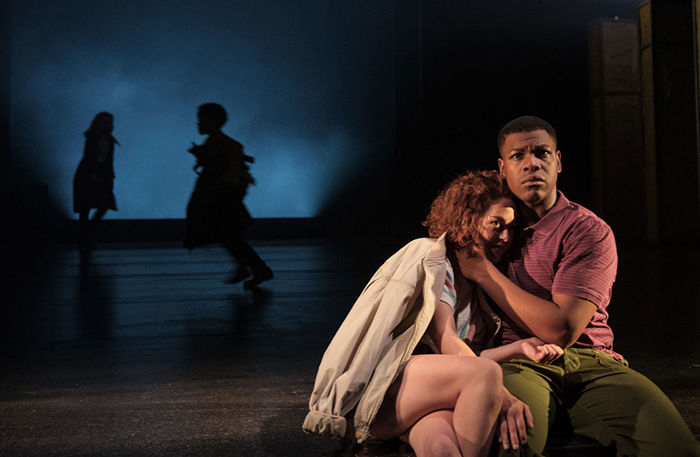 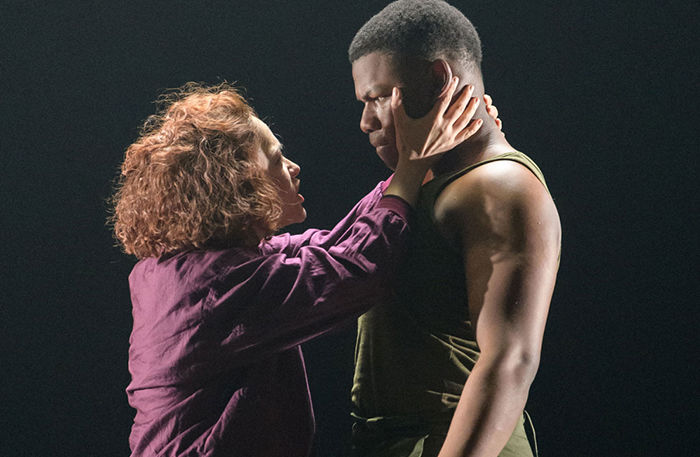 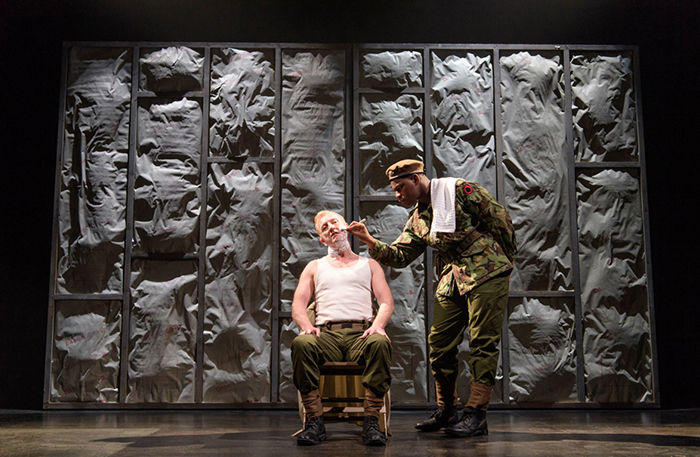 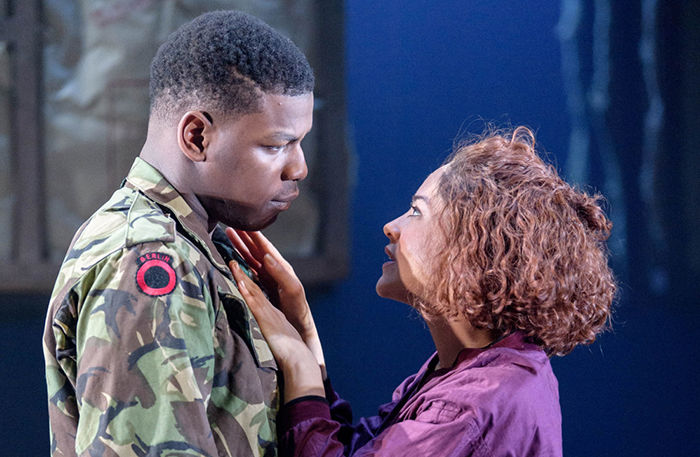