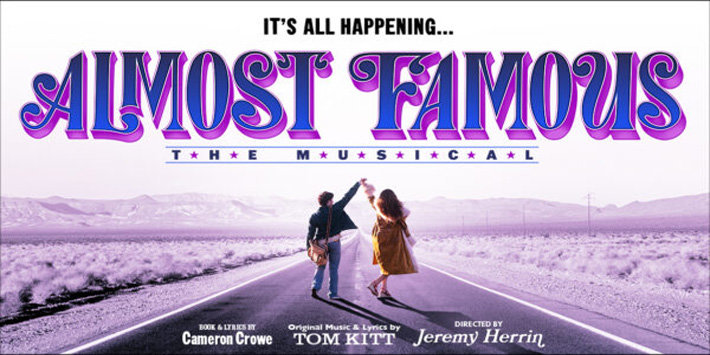 A rock and roll road trip

Cameron Crowe’s rock and roll drama Almost Famous becomes a dazzling musical for Broadway this year. Join one young journalist as he finds his place in the world at the Bernard B. Jacobs Theatre.

1973: Led Zeppelin are top of the charts, Richard Nixon is President, and 15 year old William Miller wants to be a music journalist. When Rolling Stone magazine sends him on tour with an up-and-coming band, William is thrown head-first into the highs and lows of the music scene and must balance his dreams with his integrity.

Based on the 2000 film of the same name, the Almost Famous musical adaptation features a book and lyrics by Cameron Crowe, original music by Tom Kitts, and is directed by Jeremy Herrin. It concentrates the sights and sounds of America’s rock music scene into one mesmerizing musical, packed with a host of quirky and unique characters.

Celebrate the power of community, family, fandom and music with Almost Famous Broadway tickets. This rock and roll musical will lift your spirits with guitars, drums and the spirit of the ‘70s.

Almost Famous seat view photos show what view you will get for your money. Our users will start adding seat views when the show opens.