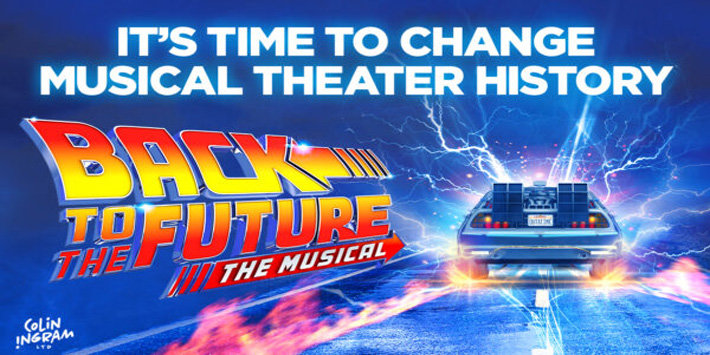 The Winter Garden Theatre is setting its clock to the 1980s for the spectacular Back to the Future! Sit down, strap in and enjoy the DeLorean ride of your life as this eye-popping musical speeds onto Broadway.

Welcome to Hill Valley, where Marty McFly and eccentric scientist Doc Brown are about to change the course of history. Packed full of unbelievable stage effects, this awesome stage adaptation recreates some of the movie’s most iconic moments right in front of your eyes. The Back to the Future musical playfully mixes old and new, with a brand new score by Grammy Award winners Alan Silvestri and Glen Ballard, alongside songs from the movie including “The Power of Love”.

The Back to the Future Broadway cast brings each beloved character to the stage with uncanny effect, led by Tony Award winner Roger Bart as Doc Brown, who dazzled West End audiences in the role. Casting for Marty McFly is to be confirmed.

Back to the Future is currently running at London’s Adelphi Theatre, where it won the Olivier Award for Best New Musical. If our calculations are correct, it’s going to be an even bigger hit in New York, so book your Back to the Future Broadway tickets like, yesterday!

Back to the Future the Musical seat view photos show what view you will get for your money. Our users will start adding seat views when the show opens.