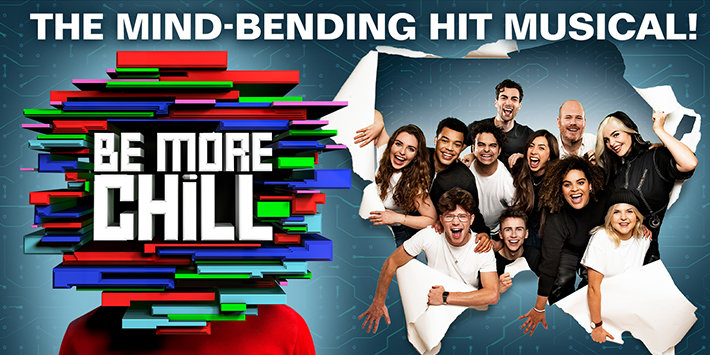 Lyceum Theatre
72 seat views
Sci-fi comedy musical Be More Chill arrives on Broadway after previous engagements at New Jersey’s Two River Theater and New York’s Irene Diamond Stage. Based on the 2004 novel of the same name by Ned Vizzini, this quirky story about the cost of being cool is currently running at the Lyceum Theatre.

In Be More Chill, popularity can be achieved with a single pill, known as a SQUIP. This may seem like an irresistible opportunity for the geeks and nerds of the world to finally come out on top, but the darker consequences might be a little hard to swallow. With a unique blend of retro sci-fi and contemporary high school life, Be More Chill is an utterly unique musical that encourages us to ignore the voices in our heads and proudly be ourselves.

Will Roland stars as Jeremy, having already played the role Off-Broadway. His other credits include Dear Evan Hansen and The Black Suits. He is joined by original cast members George Salazar (Godspell) as Michael and Stephanie Hsu (SpongeBob SquarePants The Musical) as Christine. Jason Tam (If/Then) also appears as The SQUIP.

Be More Chill features a book by Joe Tracz, whose other credits include a musical adaptation of the popular children’s book, The Lightning Thief. He is also a writer on Netflix’s A Series of Unfortunate Events. Joe Iconis (Broadway Bounty Hunter, The Black Suits) provides music and lyrics, and Stephen Brackett directs, having also worked with Tracz on Percy Jackson: The Lightning Thief.

With a classic “high school never ends” story mixed with subversive, witty humor, Be More Chill at the Lyceum Theatre is a ride you won’t want to get off.

Special notice: Anyone looking for a quirky musical should consider picking up tickets for Be More Chill. Best described as Black Mirror meets theater kids, this new musical sensation is a great option for a fun but thoughtful night out on Broadway.

Be More Chill seat view photos show what view you will get for your money. Unfortunately we do not have any seat views for this show.