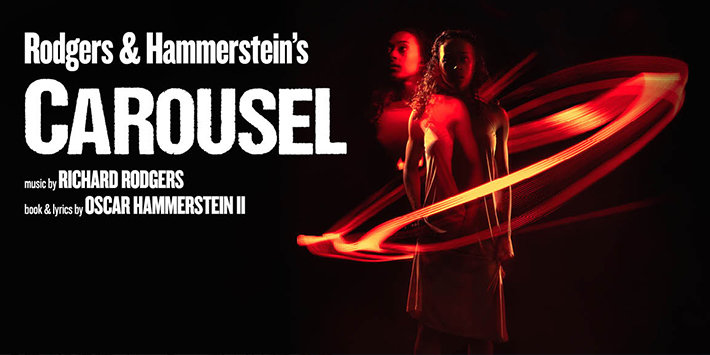 Adapted from Ferenc Molnar’s play Liliom, Carousel is the tale of carousel barker Billy Bigelow and mill-worker Julie Jordan. After meeting at a funfair and losing their jobs, the pair fall in love. Throughout a turbulent relationship that ends in tragedy, hot-headed Billy must attempt to make amends and provide guidance to a daughter he cannot meet. With a story of redemption from beyond the grave at its heart, Carousel is set to a classic score including “You’ll Never Walk Alone”.

Carousel on Broadway stars Jessie Mueller as Julie and Joshua Henry as Billy. Mueller most recently starred as Jenna in hit musical Waitress, a role which earned her a Tony Award nomination for Best Actress in a Musical; she previously won in the category for Beautiful: The Carole King Musical.

Henry has appeared in The Scottsboro Boys, Hamilton and In The Heights, with nominations for the Tony and Drama Desk Awards. Other cast members include Lindsay Mendez as Carrie and John Douglas Thompson as Starkeeper.

The musical’s book, music and lyrics mark the second collaboration between musical theater juggernauts Richard Rodgers and Oscar Hammerstein, whose other shows include Oklahoma! and The Sound of Music. The duo’s shows and movie adaptations have garnered 34 Tony Awards, 15 Academy Awards and the Pulitzer Prize (South Pacific).

This revival is directed by Jack O’Brien (Hairspray) with choreography from Justin Peck and costume design from Ann Roth.

With heavy themes of domestic violence, fate and redemption, Carousel is a classic mix of musical and social commentary from Rodgers and Hammerstein. It plays at the Imperial Theatre from February 28 2018.

Special notice: Fans of Rodgers and Hammerstein’s socially perceptive musicals will want to grab tickets for this new revival of Carousel that’s lent extra gravitas by its award-winning cast.

Carousel seat view photos show what view you will get for your money. Unfortunately we do not have any seat views for this show.