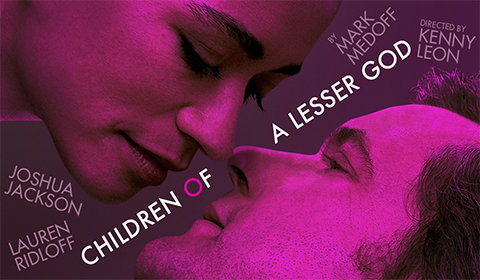 Children of a Lesser God tickets

Studio 54 Theatre
0 seat views
Mark Medoff’s Tony Award winning Children of a Lesser God is set to be revived on Broadway this year, starring Joshua Jackson and Lauren Ridloff. Exploring the relationship and ideologies between a speech therapist and a young deaf woman, the play will be staged at Studio 54 Theatre.

James is a speech therapist at a school for the deaf and hard of hearing. Sarah is a janitor who prefers to communicate with sign language. When the duo meet, their strongly-held beliefs are challenged in a compelling, intimate and vulnerable relationship.

Exploring themes including love, prejudice, ableism and identity, Children of a Lesser God was originally written for deaf actress Phyllis Frelich and was adapted into an Academy Award winning movie starring William Hurt and Marlee Matlin; Matlin remains the only deaf actor to receive an Oscar in any category.

The play stars Joshua Jackson as James and Lauren Ridloff as Sarah. Jackson is best known for roles in science fiction drama Fringe and Showtime’s The Affair. Ridloff makes her Broadway debut after appearing in Wonderstruck and The Walking Dead.

Mark Medoff won the 1988 Tony Award for Best Play for Children of a Lesser God. His other work includes Prymate. This revival is directed by Tony Award winner Kenny Leon (A Raisin in the Sun) with scenic design by Derek McLane (The Parisian Woman) and costume design by Dede Ayite.

Described by The New York Times as “fierce, crackling, passionate”, Children of a Lesser God remains an emotionally profound experience. It begins previews at Studio 54 Theatre on March 22 2018, with opening night on April 11.

Special notice: Anyone who loved the film adaptation of Children of a Lesser God should secure tickets to this new revival.

Children of a Lesser God seat view photos show what view you will get for your money. Unfortunately we do not have any seat views for this show.