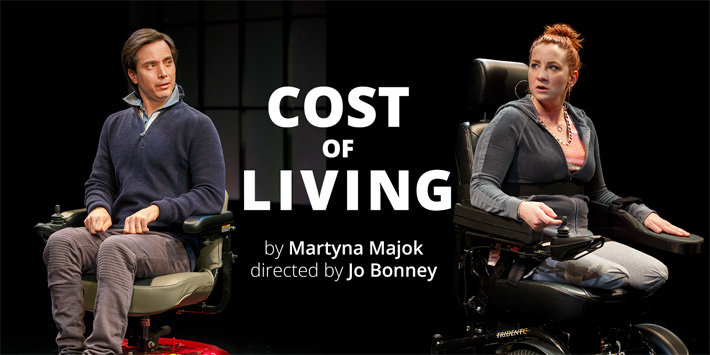 John is a successful PhD student with cerebral palsy. Jess is a recent graduate who he’s hired as his new carer. On the other side of town, truck driver Eddie reunites with his ex-wife Ani after she’s injured in a devastating accident. As four lives collide and intertwine, the role of caregiver tumbles from one to the other.

Majok's impressive play explores the divides and bridges created by race, class and disability. It first opened at Williamstown Theatre Festival in 2016 before an Off-Broadway engagement at New York City Center in 2017. It now opens on Broadway for the first time, directed by Jo Bonney.

The Cost of Living Broadway cast includes Gregg Mozgala and Katy Sullivan, who appeared in the Off-Broadway production, and Kara Young and David Zayas.

Explore the complicated and honest relationships between two couples with Cost of Living tickets. The play runs for a limited season from Fall 2022.

Cost of Living seat view photos show what view you will get for your money. Our users will start adding seat views when the show opens.