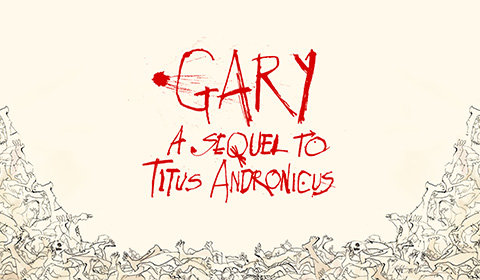 Booth Theatre
15 seat views
Shakespeare’s famously brutal Titus Andronicus gets a radical reimagining from theater artist Taylor Mac in Gary: A Sequel to Titus Andronicus on Broadway. Picking up after the blood-soaked conclusion of the original play, this utterly unique new comedy sees Nathan Lane take on the role of Gary at the Booth Theatre.

Set just after the gruesome climax of Shakespeare’s early tragedy, the play follows two servants charged with cleaning up the bodies. In the wake of a civil war, the Roman Empire has fallen and the country has been seized by madmen. It’s only 400 BC, but to Gary, it feels like the world is ending.

Nathan Lane returns to Broadway as Gary. His previous credits include a Tony Award-winning turn in Angels in America at London’s National Theatre and New York’s Neil Simon Theatre, and A Funny Thing Happened on the Way to the Forum. He is joined by Kristine Nielsen (Present Laughter, You Can’t Take It With You) as Janice and Tony Award winner Julie White (The Little Dog Laughed).

Featuring an exciting collaboration between England’s greatest playwright and some of America’s most unique creatives, Gary: A Sequel to Titus Andronicus at the Booth Theatre is unlike anything else on Broadway this year.

Special notice: Fans of Shakespeare should definitely secure tickets to Gary: A Sequel to Titus Andronicus, which will make you see the original play in a new light. With a cast headed by Nathan Lane, this is also perfect for theatergoers who want to watch excellent actors in experimental new work.

Gary: A Sequel to Titus Andronicus seat view photos show what view you will get for your money. Unfortunately we do not have any seat views for this show.