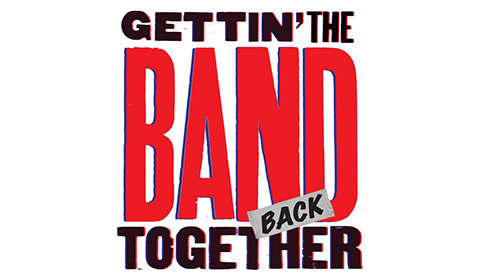 Gettin' the Band Back Together tickets

Belasco Theatre
0 seat views
Prep your air guitars and get ready to sing into your hairbrush as Gettin’ the Band Back Together tears onto Broadway. This rockin’ new musical about a former banker reliving his teenage dreams started life at the George Street Playhouse in 2013 and will open at the Belasco Theatre.

Mitch Papadopolous’ 40th birthday hasn’t gone to plan. He’s lost his comfortable banking job, moved back in with his mom in New Jersey… and now a former high school enemy is leveraging a 20-year-old grudge to threaten foreclosure on their house. But Mitch has a secret weapon: his old misfit gang and a teenage fancy about becoming the next Bon Jovi. As he rolls up to The Battle of the Bands with his eyes on the prize, can this big-shot banker pull off a small-town miracle… and maybe even win back his high school sweetheart?

The musical features a book by Ken Davenport and the Grundlesholtz Comedy group, with music and lyrics by Mark Allen. Director John Rando joins the team, having previously won the Tony Award for Urinetown in 2002. Other creatives include choreographer Chris Bailey (Evita) and set designer Derek McLane (The Parisian Woman).

With a heavy dose of escapism mixed with some awesome drum solos, Gettin’ the Band Back Together at the Belasco Theatre is sure to have idealists young and old reminiscing about being a rockstar. It begins previews July 19 2018, with opening night set for August 13.

Special notice: Fans of School of Rock will love this similarly hell-raising night of nostalgia and mischief.

Sorry this show closed 16 September 2018, we recommend these similar productions.

Gettin' the Band Back Together seat view photos show what view you will get for your money. Unfortunately we do not have any seat views for this show.