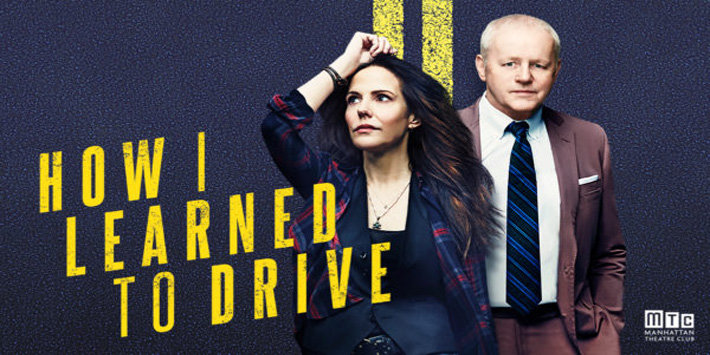 How I Learned to Drive tickets

Samuel J. Friedman Theatre
26 seat views
Twenty years after its revelatory Off-Broadway run, Paula Vogel’s Pulitzer Prize winning How I Learned to Drive heads for the Great White Way. Charting the dark and charismatic relationship between a woman and her uncle, the play first opened in 1997 at the Vineyard Theatre.

Set partially in the 1960s and ‘70s, How I Learned to Drive recalls main character Li’l Bit’s coming-of-age. Li’l Bit is now an adult, but a disturbing relationship with her Uncle Peck continues to cause her ripples of unease and disorder. Told through the frame of teenage driving lessons, her story trips from past to present in a remarkable narrative of secrets, trust and freedom.

Original cast members Mary-Louise Parker and David Morse return for How I Learned to Drive on Broadway.

Parker won the 2001 Best Actress Tony Award for her performance in Proof and is best-known on screen as Amy Gardner in The West Wing and Nancy Botwin in Weeds.

Morse is a Tony Award nominee with stage credits including The Iceman Cometh and The Seafarer. He won Drama Desk and Obie awards for his portrayal of Uncle Peck in the original production.

Playwright Paula Vogel has a prolific back-catalogue of work, with her most recent effort, Indecent, nominated at the Tony and Drama Desk Awards in 2017. She is also the recipient of the Obie Award for Lifetime Achievement, commending her efforts in theater and academia.

Director Mark Brokaw helmed the original Off-Broadway staging. His other theater credits include Lobby Hero, After Miss Julie and Heisenberg.

With a twisting, twisted tale brought to life by two incredible actors, the Broadway premiere of How I Learned to Drive should be in everyone’s calendars.

Special notice: Please be aware that some themes in How I Learned to Drive are not suitable for children.

How I Learned to Drive seat view photos show what view you will get for your money. Unfortunately we do not have any seat views for this show.