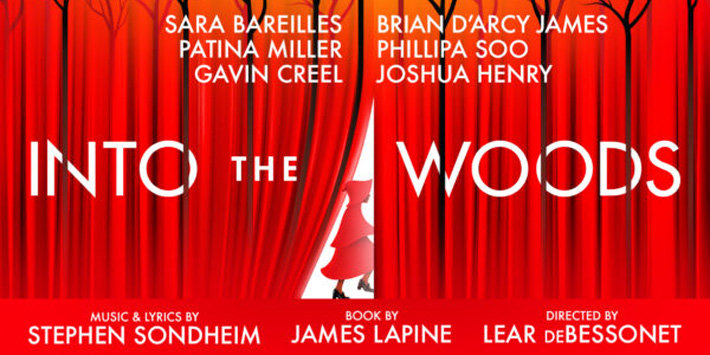 Into The Woods tickets

Travel beyond happily ever after as Stephen Sondheim’s Tony Award-winning Into the Woods musical returns to Broadway for a strictly limited season, starring Brian d’Arcy James and Sara Bareilles.

With a book by James Lapine and music & lyrics by Sondheim, Into the Woods weaves together several Brothers Grimm tales, including Jack and the Beanstalk, Little Red Riding Hood, Cinderella and Rapunzel. At its center are a Baker and his Wife, who long for a child. Desperate to undo the curse placed upon them by an evil Witch, they travel through the woods and meet a host of familiar faces…

This starry revival of a musical which turns well-loved tales upside down first opened at New York City Center in memory of the late Sondheim, where it garnered huge acclaim. It now arrives at Broadway’s St James Theatre, directed by Lear deBessonet.

Featuring some of the most loved songs in musical theater, including “Children Will Listen”, “No One is Alone” and “Agony”, make your wish come true with Into the Woods tickets on Broadway!

Into The Woods seat view photos show what view you will get for your money. Our users will start adding seat views when the show opens.

Earn double Rewards points by adding your Into The Woods seat view photo! Use your points for Theatre Tokens and Encore Tickets vouchers and get money off your next theatre trip.