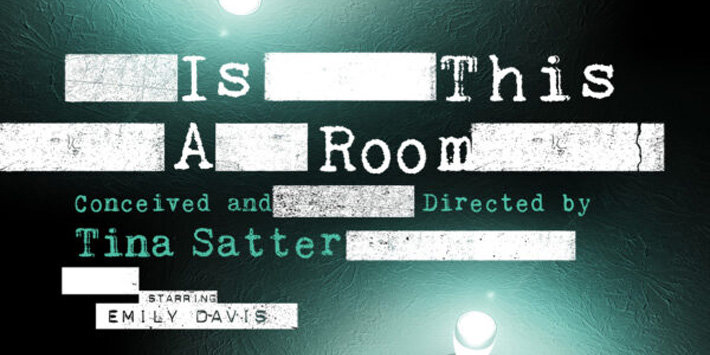 Is This A Room tickets

A thriller crafted from FBI transcripts

Based on an interrogation transcript concerning former Air Force linguist Reality Winner, the play takes audiences into a still-unfolding story which challenges perceptions of truth and patriotism. Accused of leaking classified information about Russian interference in the US election, Winner was confronted by government agents at her home in 2017 and later sentenced to 5 years in prison.

Is This A Room is conceived and directed by Tina Satter. It premiered at The Kitchen in January 2019 followed by a run of sold out Off-Broadway shows, earning two Obie citations for Conception and Direction, and Performance.

Actress Emily Davis makes her Broadway debut as Reality Winner. She previously received the Lortel Award for Outstanding Lead Actress during the show’s time at the Vineyard Theatre.

Crafting an astonishing human drama from official documents, Is This A Room tickets are available alongside those for Dana H., which also plays at the Lyceum Theatre this season.

Running time: 70 minutes (with an intermission)

Is This A Room seat view photos show what view you will get for your money. Unfortunately we do not have any seat views for this show.