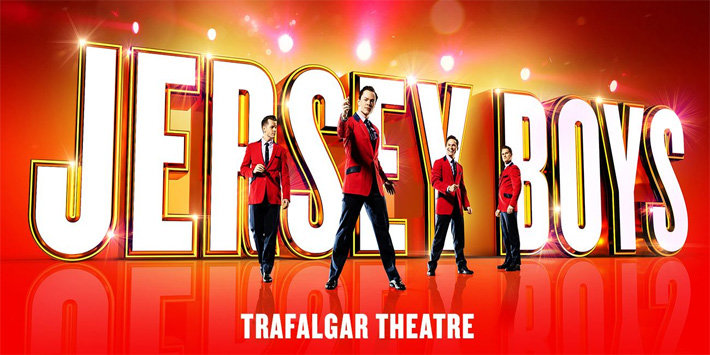 The story of the legendary Four Seasons, four blue-collar boys who formed a singing group and reached the heights of rock 'n' roll stardom. Telling the tale of their rise to fame, their rocky relationships and the many bumps along the way, Jersey Boys is a fun yet moving look at the lives of four young boys who went from singing under a street lamp to a spot in the Rock and Roll Hall of Fame. Featuring such Four Seasons' hits as "Big Girls Don't Cry," "Oh What a Night" and "Can't Take My Eyes Off of You”, Jersey Boys is a must for any Four Seasons fan.

The Four Seasons are currently played by Mark Ballas (Dancing With the Stars) as Frankie Valli, Nicolas Dromard (Wicked) as Tommy De Vito, and Drew Seeley (The Little Mermaid) as Bob Gaudio and Matt Bogart (Miss Saigon) as Nick Massi.

The production is directed by Des McAnuff (How to Succeed in Business Without Really Trying, Guys and Dolls), with choreography by Sergio Trujillo (Memphis, On Your Feet!)

“Oh, What A Night” you’ll have with The Four Seasons – you’ll be “Beggin’” for more Jersey Boys!

Special notice: Any fans of Frankie Valli and the Four Seasons will love this fun take on the band’s history. It’s also a must for any jukebox musical fans.

Jersey Boys seat view photos show what view you will get for your money. Unfortunately we do not have any seat views for this show.