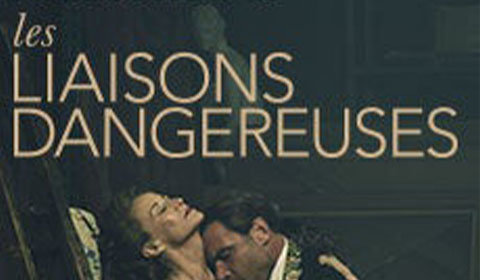 The Marquise de Merteuil and the Le Vicomte de Valmont are former lovers who still share an appetite for seduction. Embroiled in a game of revenge and manipulation, Merteuil goads Valmont into corrupting the virtuous – and betrothed - Cecile de Volanges. But Valmont has his eye on another prize: honorable Madame de Tourvel.

An enthralling but chilling account of aristocratic boredom and the victims left in its wake, Les Liaisons Dangereuses is adapted from Choderlos de Laclos’ epistolary novel by Christopher Hampton, who won an Academy Award for his screenplay of the text, Dangerous Liaisons.

Janet McTeer reprises her Olivier Award nominated role as Merteuil. With Tony and Drama Desk gongs under her belt, McTeer’s theater credits include A Doll’s House and Mary Stuart.

Liev Schreiber is a Tony, Drama Desk and Outer Critics Circle Award winner last seen on Broadway in 2010’s A View from the Bridge.

Les Liaisons Dangereuses at the Booth Theatre is directed by Josie Rourke. As Artistic Director of the Donmar Warehouse, she has overseen several successful New York transfers including Privacy and Phyllida Lloyd’s radical all-female production of Julius Caesar at St. Ann’s Warehouse. Other creatives include set and costume designer Tom Scutt and lighting designer Mark Henderson.

A thrilling cat-and-mouse game that remains enticing and captivating, Les Liaisons Dangereuses is sure to heat up Broadway. It begins previews on October 6 2016, with opening night set for October 30.

Special notice: Anyone who relished Glenn Close and John Malkovich in Dangerous Liaisons on screen should secure tickets to this revival of the stage production.

Les Liaisons Dangereuses seat view photos show what view you will get for your money. Unfortunately we do not have any seat views for this show.