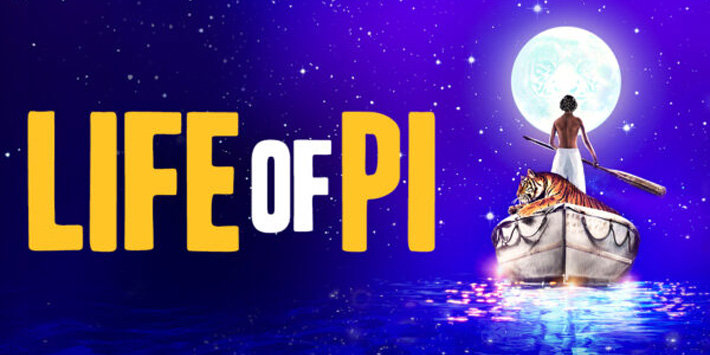 The epic play roars onto Broadway

Immerse yourselves in the currents of Yann Martel’s Booker Prize-winning novel Life of Pi, stunningly adapted in a landmark theater production. This incredible journey of belief and endurance will take your breath away at the Schoenfeld Theatre.

When his family’s cargo ship sinks in the middle of the Pacific Ocean, sixteen year old Pi is stranded on a lifeboat with just four other survivors. But these are no ordinary survivors: his parent’s livelihood was a zoo, and Pi is now trapped with a hyena, a zebra, an orangutan and a fearsome tiger. With time running out, they must learn to trust each other if they want to live.

Life of Pi on Broadway is a multisensory event in which fearsome animals and magnificent sea creatures are realized before your eyes with astonishing puppetry. It premiered in the UK, adapted by Lolita Chakrabarti and directed by Max Webster, and won five Olivier Awards including Best New Play and Best Supporting Actor for the puppeteers playing the tiger.

Martel’s story has transported millions into a mesmerizing and hopeful tale of one boy’s imagination and resilience. Book Life of Pi tickets and experience its raw power live on stage.

Age recommendation: Best for age 8+. Under 4s not permitted.

Life of Pi seat view photos show what view you will get for your money. Our users will start adding seat views when the show opens.