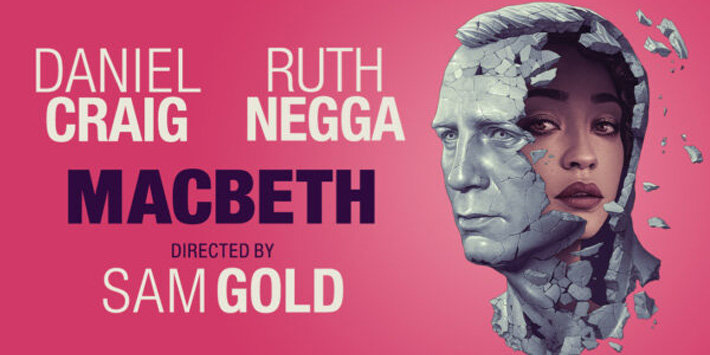 Matrimony and murder on Broadway

Daniel Craig and Ruth Negga star as the scheming Macbeths in a gripping new production of Shakespeare’s tragedy.

With the ferocious pace and unexpected twists of a modern psychological thriller, Macbeth is the story of a married couple who plot to seize power by any means. Weighed down by guilt and led astray by a supernatural prophecy, their ambitions lead to a heart-stopping climax.

This new production is directed by Tony Award-winner Sam Gold (A Doll’s House, Part 2) with set design by Christine Jones (Harry Potter and the Cursed Child) and original music by Gaelynn Lea.

Daniel Craig last appeared on Broadway in Betrayal opposite Rachel Weisz. Macbeth marks one of his first major projects after the release of his final outing as James Bond, No Time To Die.

Ruth Negga makes her Broadway debut as Lady Macbeth. She is best known for AMC’s Preacher and her Academy Award-nominated performance in Loving, opposite Joel Edgerton.

Starring world-class actors who bring Shakespeare’s ferocious, haunting tale to life like never before, book Macbeth tickets to experience the theatrical event of the season.

Special notice: Macbeth contains scenes depicting violence, which may not be suitable for all audience members. The production also features strobe lighting

Macbeth seat view photos show what view you will get for your money. Our users will start adding seat views when the show opens.

Earn double Rewards points by adding your Macbeth seat view photo! Use your points for Theatre Tokens and Encore Tickets vouchers and get money off your next theatre trip.