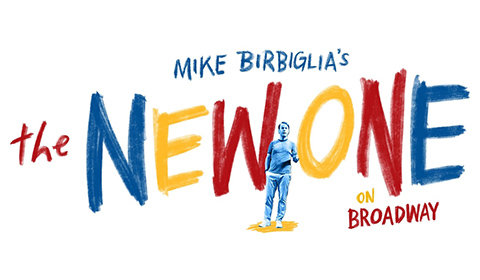 Mike Birbiglia's The New One tickets

Cort Theatre
0 seat views
Mike Birbiglia is known for his personal, laid-back brand of stand-up comedy. His latest one-man show The New One created such a high demand for tickets when it played at the Cherry Lane Theatre that the run was extended by more than three weeks. The New One now transfers to the Cort Theatre, where many more viewers will be won over by Birbiglia’s charm, humour and humanity.

The New One tells a story that is instantly relatable to many. Namely – one about reaching middle-age and having your first child, despite feeling completely unready. Having tackled his own dangerous sleep disorder in his film Sleepwalk with Me, Birbiglia knows how to tell very revealing stories in ways that make people laugh and think. The New One is co-written by Birbiglia’s wife Jen Stein, bringing another perspective and an additional layer of truth to the contents.

This isn’t simply stand-up comedy on a bigger stage. Set Designer Beowulf Boritt (who won a Tony award for Act One) has created a stage that is deceptively simple, but becomes littered with the kind of toys, furniture and detritus that will be very familiar to any parent. Seth Barrish, a frequent collaborator with Birbiglia, directs The New One, bringing the best out of Mike and his relatable, human story.

Special notice: Fans of Mike Birbiglia will not want to miss what is possibly his most revealing and mature show yet, but this charming, engaging and very funny one-man show will appeal to almost anyone.

Mike Birbiglia's The New One seat view photos show what view you will get for your money. Unfortunately we do not have any seat views for this show.