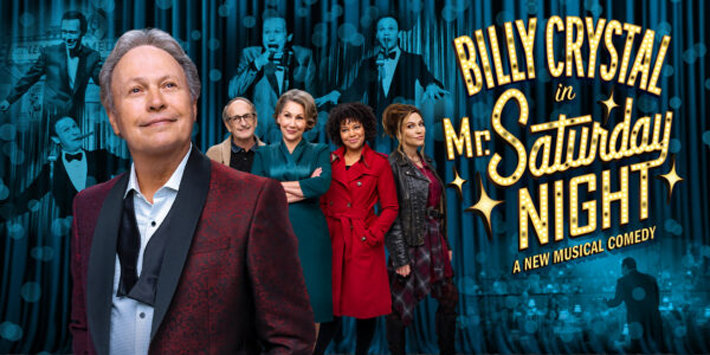 Billy Crystal returns to Broadway with his first ever musical comedy, the hilarious Mr. Saturday Night.

Buddy Young Jr. first found fame 40 years ago in the early days of television, but as his fame grew, so did his ego. Cashing in on outrage and finding his career in a slow decline, Buddy has one last shot at reviving his popularity - not just amongst his fans, but his family too!

Premiering at the Nederlander Theatre, book Mr. Saturday Night tickets to enjoy a heartwarming and hilarious story about second chances - with a few mishaps along the way!

Running time: 2 hours (including an intermission)

Age recommendation: Under 4s not permitted.

Mr. Saturday Night seat view photos show what view you will get for your money. Our users will start adding seat views when the show opens.

Earn double Rewards points by adding your Mr. Saturday Night seat view photo! Use your points for Theatre Tokens and Encore Tickets vouchers and get money off your next theatre trip.