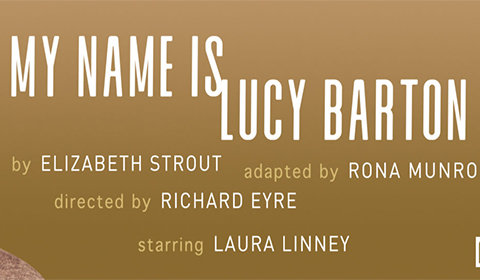 My Name is Lucy Barton tickets

Samuel J. Friedman Theatre
5 seat views
After earning a chorus of five-star reviews at London’s Bridge Theatre, Laura Linney reprises her role in My Name is Lucy Barton on Broadway. Adapted from Pulitzer Prize winner Elizabeth Strout’s novella about a woman reconnecting with her estranged mother, the dramatic monologue is set to run at the Samuel J. Friedman Theatre.

Waking up after an operation, Lucy Barton is shocked to see one particular visitor at the foot of the hospital bed: her mother. Estranged for years but suddenly forced into conversation, she must confront painful memories about a childhood full of loneliness and neglect, piece together the complexities of family and uncover her own strength as a writer.

Laura Linney is an Emmy and Golden Globe winning actress. She made her London theater debut in My Name is Lucy Barton in 2018, with critics calling her performance “deeply sensitive” (WhatsOnStage) and “superb” (The Times). On Broadway, she is a Tony Award nominee for The Crucible, Sight Unseen, Time Stands Still and The Little Foxes.

My Name is Lucy Barton is directed by Richard Eyre, a three-time Olivier Award winner whose theater credits include Guys and Dolls (1982), Hedda Gabler (2006) and Ghosts (2014). On Broadway, he is perhaps best known as director of Mary Poppins (2006) in collaboration with Matthew Bourne.

The show is adapted from Elizabeth Strout’s novella by Rona Munro (The James Plays) with set and costume design from Bob Crowley (Skylight, Aladdin).

After deeply affecting London audiences, My Name is Lucy Barton at the Samuel J. Friedman Theatre is sure to impart a powerful message about stories and memory. The show begins previews on January 6 2020, with opening night set for January 15.

Age recommendation: Recommended 12+. Under 4s will not be admitted.

Special notice: Fans of Laura Linney should jump on tickets for My Name is Lucy Barton; it’s an unmissable opportunity to see her formidable talent given center stage. Any fans of family dramas will also enjoy this emotional monologue.

My Name is Lucy Barton seat view photos show what view you will get for your money. Unfortunately we do not have any seat views for this show.