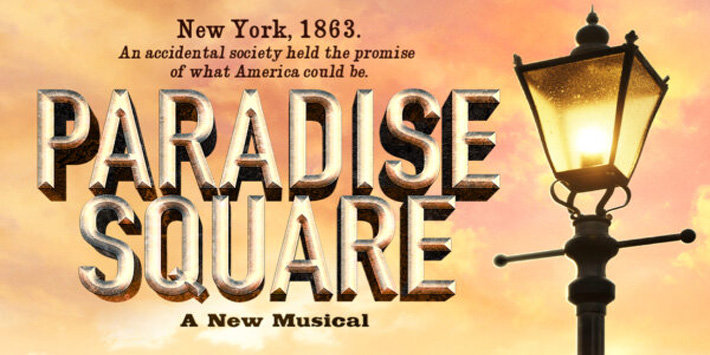 An overlooked tale from American history

Set in Lower Manhattan’s Five Points slum, the musical follows members of the community including a Black woman who owns the local saloon, a newly arrived Irish immigrant, a songwriter, and an abolitionist. Inspired by the 1863 draft riots, Paradise Square follows these individuals as they confront what it means to be American in one of the country’s most tumultuous periods.

Depicting a community whose values of unity and community were shaken by a country at war, Paradise Square tickets promise an uplifting and galvanizing glimpse of history on Broadway.

Paradise Square seat view photos show what view you will get for your money. Our users will start adding seat views when the show opens.

Earn double Rewards points by adding your Paradise Square seat view photo! Use your points for Theatre Tokens and Encore Tickets vouchers and get money off your next theatre trip.