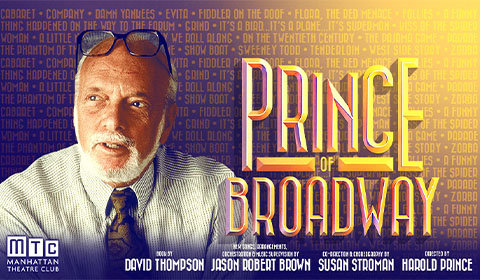 Harold Price is the director and producer behind some of Broadway’s biggest successes, and in his 60-year career he has amassed 21 Tony Awards and ten Drama Desk Awards. In Prince of Broadway, the theatrical juggernaut’s work is paid tribute to with fully staged performances from his best-loved hits. From Evita to Fiddler on the Roof to Sweeney Todd, audiences can expect an unforgettable night of music, dancing and festivities.

The show is directed by Prince himself, with a book by Tony nominee David Thompson (Chicago), co-direction and choreography by Tony winner Susan Stroman (The Producers; The Scottsboro Boys) and new songs from Tony winner Jason Robert Brown (The Bridges of Madison County).

Whether you love the finger-snapping West Side Story or are a mega-fan of Follies, Prince of Broadway at the Samuel J. Friedman Theatre has plenty to hum along to. It begins previews on August 3 2017, with opening night set for August 24.

Special notice: Fans of musical theater – this is one for you. Harold Prince’s contribution to some of our best-loved shows can’t be overstated and Prince of Broadway tickets are the perfect way to celebrate his work.

Prince of Broadway seat view photos show what view you will get for your money. Unfortunately we do not have any seat views for this show.