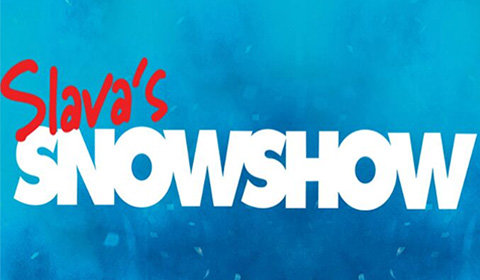 Stephen Sondheim Theatre
2 seat views
Olivier Award winning Russian spectacle Slava’s Snowshow returns to Broadway for a limited engagement this year, ready to sweep up audiences in its surreal landscape. The winner of over twenty international awards, the famous clowns settle in at the Stephen Sondheim Theatre after Beautiful ends its run.

Set in an absurd and dreamlike winter landscape, Slava’s Snowshow is famous for its enchanting voiceless clowns and stunning visuals. From luminous balloons within fingers’ reach to a world-famous snowstorm roaring through the final moments, this physical feast of the senses transcends language and promises to be an unmissable event for all ages.

Slava’s Snowshow first bowed on Broadway at the Helen Hayes Theater in 2008, where it was nominated for the 2009 Best Special Theatrical Event Tony Award. Elsewhere, the winsome clowns have collected an Olivier Award, Drama Desk Award and Moscow’s Stanislavski Award, and have enchanted audiences in hundreds of cities worldwide.

The team behind Slava’s Snowshow on Broadway is led by creator Slava Polunin, whose other work includes Asisyai-revue and Diablo. His unique approach to pantomime and clowning has kept audiences enraptured across the world, with the man himself fondly referring to the practice as “expressive idiotism”.

Follow Slava and his silent clowns down a delightful wintry rabbit-hole; Slava’s Snowshow at the Stephen Sondheim Theatre is a dreamy festive treat. It runs a limited season, with previews beginning on November 11 2019.

Special notice: Slava Polunin’s whimsical and wistful antics really do rise above any language and age, so Slava’s Snowshow is perfect for anyone who wants to warm up with some fantastical magic during the festive season.

Slava's Snow Show seat view photos show what view you will get for your money. Unfortunately we do not have any seat views for this show.