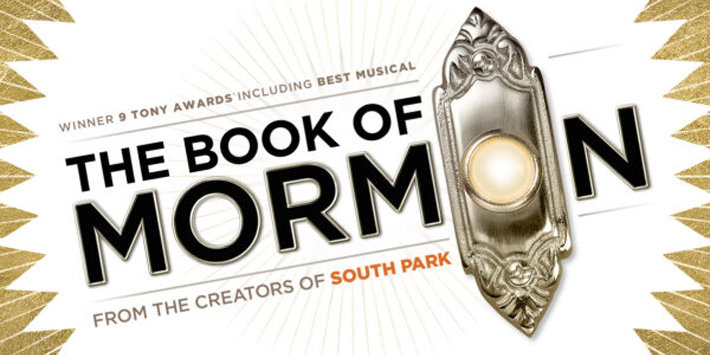 The Book of Mormon tickets

Eugene O'Neill Theatre
74 seat views
Since opening straight onto Broadway in 2011, The Book of Mormon has been a sure-fire hit. This hilarious, satirical musical about two Mormon missionaries won nine Tony Awards and has transferred to London’s West End with monumental acclaim. Catch it in New York at the Eugene O’Neill Theatre.

South Park’s Trey Parker and Matt Stone and Avenue Q’s Robert Lopez combine their wicked humor in this story about Elder Price, a missionary who dreams of going to Florida for his two-year posting. His luck runs out, however, when he is paired with the hapless Elder Cunningham and sent to a remote Ugandan village. The duo are optimistic about converting the locals to their faith, but realize it may be more challenging than expected.

With catchy songs including “Hello”, “Baptize Me” and “I Believe”, The Book of Mormon is a hilarious and touching story that doesn’t pull its punches.

Kevin Clay makes his Broadway debut as Elder Price, after playing the role on national tour. His other credits include regional productions of Gypsy and West Side Story. Cody Jamison Strand, who has travelled across the US, Canada, and London as Elder Cunningham, joins him on Broadway. Other cast members include Kim Exum (For The Last Time) and Stephen Ashfield (West End: Legally Blonde, Jersey Boys).

With its killer mix of satirical gags and an uplifting message, The Book of Mormon at the Eugene O’Neill Theatre is one of a kind.

The Book of Mormon seat view photos show what view you will get for your money. Our users will start adding seat views when the show opens.

Earn double Rewards points by adding your The Book of Mormon seat view photo! Use your points for Theatre Tokens and Encore Tickets vouchers and get money off your next theatre trip.